Vancouver still has the second-highest rent in Canada, though
Emma Crawford Hampel Aug 13, 2020 11:53 AM

As the pandemic continues and Canadians are spending more and more time at home, renters are increasingly finding space and cost to be more important than proximity to city amenities, according to rent tracker PadMapper.

Because of this, the average rent for both one- and two-bedroom apartments fell in Vancouver, year-over-year, while Burnaby rent grew over the same period.

“Exacerbating the trend from previous months, the pandemic has continued to push demand for rentals away from big, pricy cities toward more affordable, satellite ones that offer renters more space,” PadMapper said in its monthly report.

PadMapper tracks median rents for all homes that are currently available to rent or vacant and does not include those homes that are already rented out.

The top 10 highest rents across Canada in August were, according to Padmapper: 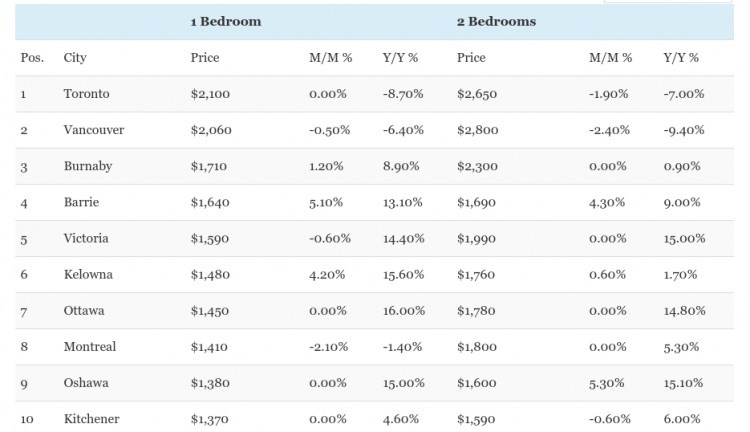