Try axe throwing for free at an open house this Monday 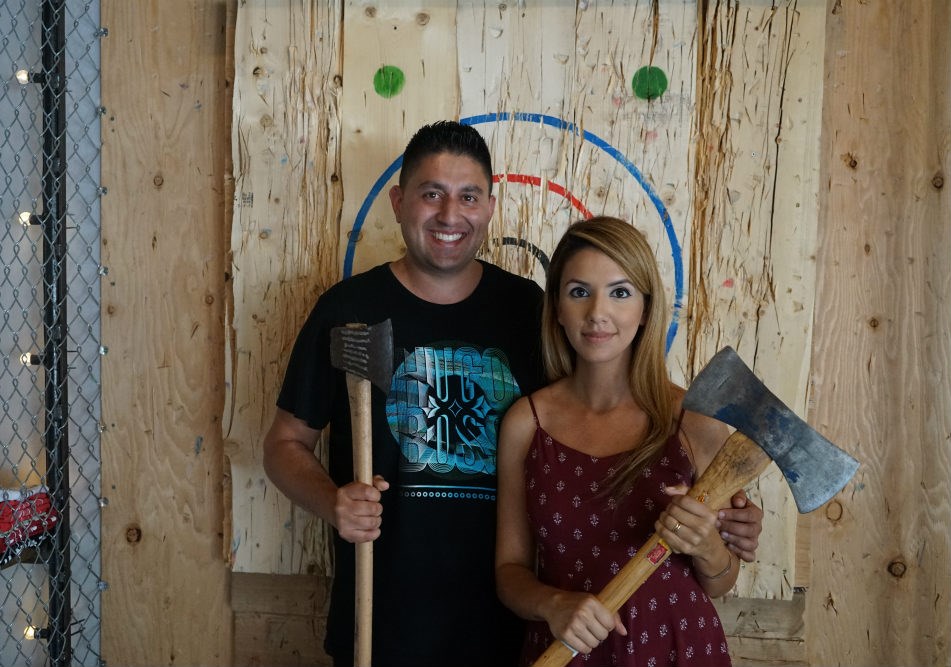 There's a new reason to visit Whistler this spring and it involves competitive axe throwing.

Forged Axe Throwing co-founder James Anderson says they are hosting a free open house on Monday April 23 at 7 p.m. for people "who are curious and just want to try it out."

Anderson says the sport can sound intimidating "but we've had people from 15 years old to 85 years old who have come out and thrown a bullseye with the help of our coaching."

He says no one has been injured and it's not like "people are running around with axes." They have staff on hand at all times and contained cages with a divider between the two competitors. "It's a lot safer than people think. I think bowling is probably more dangerous."

The company is launching it's spring 2018 league on April 30 and recently celebrated its one year anniversary.

Anderson says 150 people came out to watch eight finalists go head to head for the end of season four. "We're hoping that this [season] will be our biggest yet. We've got 100 per cent of the people from our last league joined up and we've got an eight week season ahead. It should be a doozy." 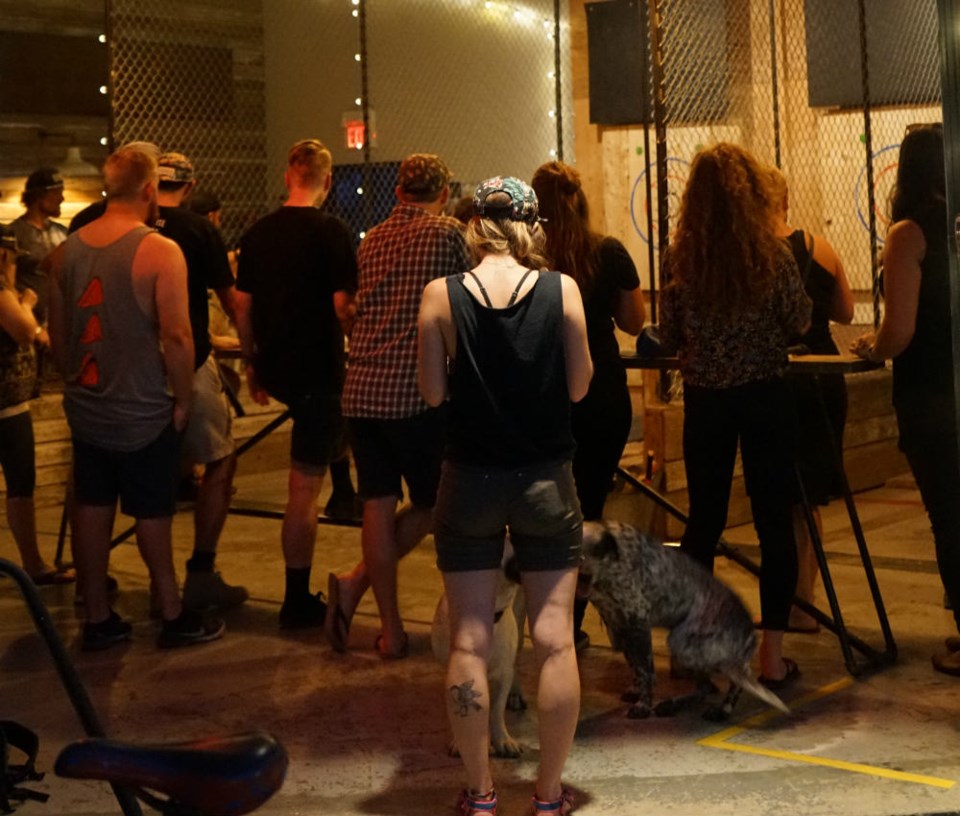 The tournament runs every Monday evening for a six-week regular season. Players compete against each other in three sets consisting of five axe throws per set. A bullseye is worth five points, the middle ring is worth three points and the outer ring is worth one point. On a player's final throw they can aim for the green dot in what is called a clutch shot if they are trailing in points, says Anderson. Each night generally consists of five to 10 matches.

After that, it's two weeks of double elimination rounds ending with the final game on June 18. The winner gets their name engraved on the championship belt. "Everyone loves competing, that sense of community and having a beer afterwards. That's what it's all about." 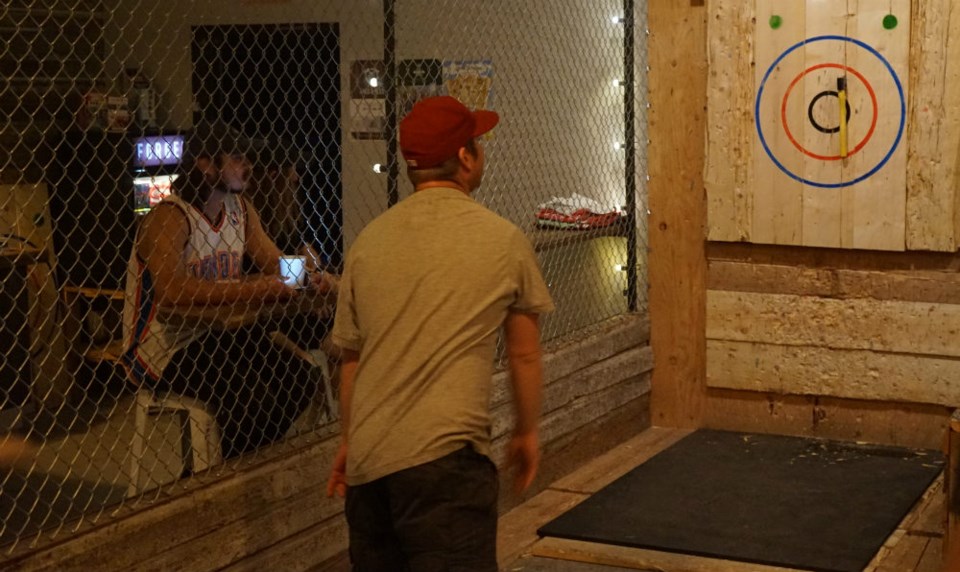 It costs $120 to join and a portion of the proceeds are donated to Zero Ceiling, which is an organization that offers employment and adventure-based learning programs for homeless youth in Metro Vancouver and the Sea to Sky corridor. Forged Axe Throwing has also hired some of the youth that graduated from Zero Ceiling's programs.