Bike lanes are the bane of Vancouver resident’s existence 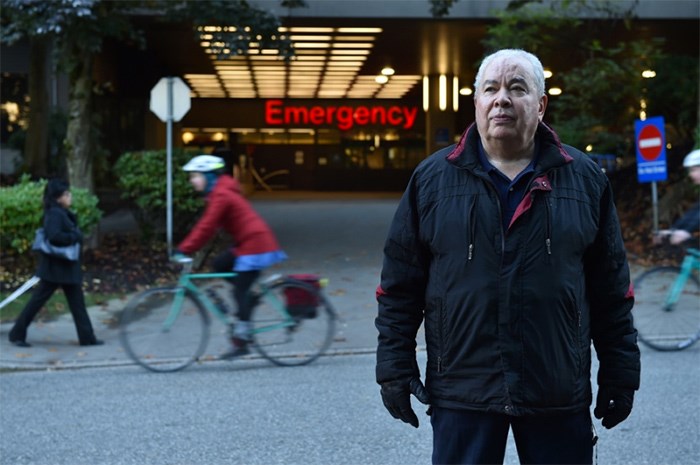 Indeed, Steffan Ileman is all bike laned out. And he wants Premier John Horgan, Mayor Gregor Robertson and everyone else to know it.

Ileman has launched an online petition calling on Horgan to immediately halt the construction of bike lanes on 10th Avenue, specifically around Vancouver General Hospital. He’s also suggesting that any bike lane construction be decided upon by way of referendum only.

“This is supposed to be a world-class city and I think because of bike lanes it’s going down the drain,” Ileman said.

The petition was launched on Oct. 22 and had 330 backers within four days. Dozens of comments in support of Ileman’s efforts expressed outrage and confusion, despite 10th Avenue being a city-wide bike route for years.

“Bike lanes around a hospital that already has so little parking? How does that make sense to take more away for bikes?” says petition supporter Rita Fin.

Signee Calvin Frost’s take on the issue is, “This is ridiculous to have bike lanes in this area!”

A portion of 10th between Cambie and Oak is about to undergo a lengthy facelift that begins at the end of November and lasts until at least June 2018. The city’s plan includes more pickup and drop-off areas, better separation of vehicle, bike and pedestrian lanes, placing a bus stop at the corner of Oak and 10th, reserved parking spaces to allow closer access to services and increased parking for Handidart services.

Short-term drop-off and pickup parking will be maintained, but the overall amount of parking in the region will decrease during construction. The portion of 10th between Oak and Willow will be confined to one-way, eastbound traffic when construction starts. Those cyclists not accessing healthcare facilities are encouraged to re-route along Seventh and 14th avenues, as well as Alder and Yukon streets.

Kim Tang agrees. A backer of Ileman’s petition, Tang emailed the Courier to express her frustration with bike lanes near the hospital and in downtown. Tang is legally blind and has ophthalmologist appointments once every two months at the Eye Care Centre on Willow Street.

“Having a bike lane in front of the Eye Care Centre is absolutely absurd and irresponsible because the patients going to the Eye Care Center have vision problems and already have difficulty crossing a normal crosswalk,” she said.

Ileman’s current petition effort is not his first. In July he launched a similar exercise calling for all bike lanes and Mobi bike rental stations near the Burrard Street Bridge and Pacific Street to be removed. His suggests replacing parking stalls with Mobi bike share stations is a “travesty.” More than 3,500 people backed his previous petition.

Ileman’s mother has been at VGH for the last year and he visits her daily. His commute from the West End to the hospital is what prompted his two petitions. Asked if his petitions were politically driven out of contempt for Vision Vancouver, Ileman countered with the following:

“I voted for Mr. Robertson the first time he was running — he was a fresh face, he looked honest and dynamic,” Ileman said. “He’s definitely a very good looking guy, I think maybe he should move south to Hollywood and become a movie star and we’ll cheer for him. But I think he’s started to screw up lately. I think with these crazy bike lane ideas, he went over the edge.”