Is 'the Blob' back?: Scientists warn of unusually warm waters off B.C. coast

While it had a somewhat funny name, 'the blob' from five years ago disrupted the West Coast marine ecosystem and depressed salmon returns. 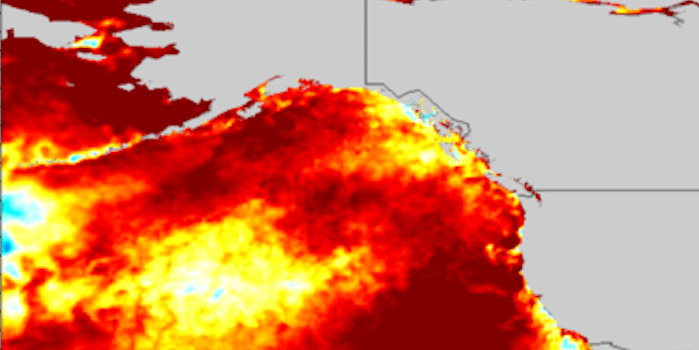 There may be a new "Blob" in town, and it is no laughing matter.

While it had a somewhat funny name, 'the Blob' from five years ago disrupted the West Coast marine ecosystem and depressed salmon returns.

Now, another 'Blob-esque' expanse of unusually warm water has been tracked stretching all the way from California to Alaska. What's more, NOAA Fisheries reports that it is the second largest marine heatwave in the northern Pacific Ocean in the last 40 years; "The Blob" was the only one bigger.

“It’s on a trajectory to be as strong as the prior event,” said Andrew Leising, a research scientist at NOAA Fisheries’ Southwest Fisheries Science Center in La Jolla, California.  “Already, on its own, it is one of the most significant events that we’ve seen.”

Leising adds that the new heatwave emerged over the past few months and resembles the early stages of the "the Blob." What's more, he adds that the heatwave could move onshore and affect affect coastal temperatures. Right now, however, cold water flowing up from the ocean depths has prevented warm water from moving onshore. 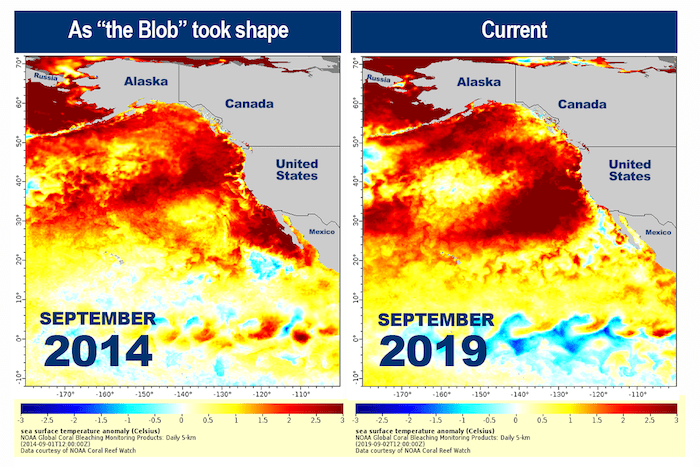 According to the The California Current Marine Heatwave Tracker, marine heatwaves occur when the ocean temperatures are much warmer than usual for an extended period of time. Current forecasts show this marine heatwave dying down but continuing for months.

“We learned with ‘the Blob’ and similar events worldwide that what used to be unexpected is becoming more common,” said Cisco Werner, NOAA Fisheries Director of Scientific Programs and Chief Science Advisor. “We will continue to inform the public about how the heatwave is evolving, and what we might anticipate based on experience.”

The question is: how much damage will this marine heatwave cause?

According to NOAA Fisheries scientists, damage has likely already occurred due to the large area affected.

The phenomenon may have an effect on the weather, too. Specifically, meteorologists claim that it may be indicative of poor snowfall, which has negative ramifications for B.C. ski resorts.

Poll: This is how many Vancouverites want to drop or keep vaccine requirements, ArriveCAN app
Sep 25, 2022 2:34 PM