A Burnaby man has been awarded $38,590 for injuries sustained in a 2012 altercation outside a local Starbucks over a bottle of homemade Slivovic brandy – and a rumour that it had been peed in.
Cornelia Naylor Feb 7, 2019 9:40 AM

A Burnaby man has been awarded $38,590 for injuries sustained in a 2012 altercation outside a local Starbucks over a bottle of homemade Slivovic brandy – and a rumour that it had been peed in.

Welder Zvonko Basic had accepted the bottle from roofer Dragolub Barjaktarovic after fixing a broken metal gate at Barjaktarovic’s house in 2010, according to a B.C. Supreme Court ruling Tuesday. 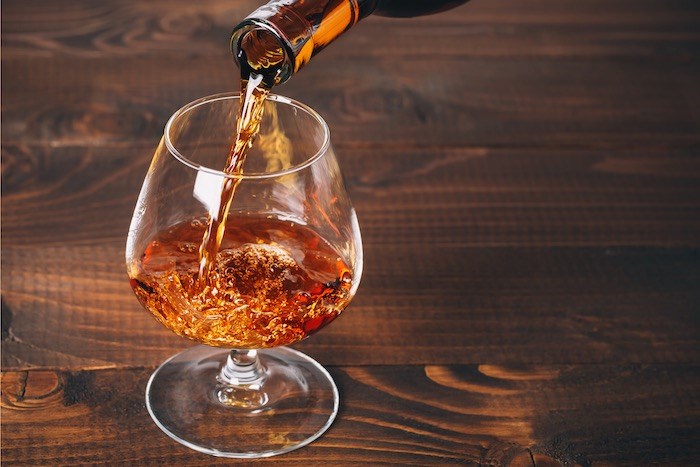 The altercation between the two men, both in their 60s, happened two years later.

Basic said he had been avoiding Barjaktarovic during that time because Barjaktarovic was allegedly angry with him for spreading a rumour that Barjaktarovic had urinated into the bottle of brandy before giving it to him.

On a morning in September 2012, however, Basic encountered Barjaktarovic at the Highgate Mall Starbucks.

Basic said Barjaktarovic had been sitting at a table outside and got up to confront him.

“He said that Mr. Barjaktarovic began to curse at him about the statements the plaintiff had made about him urinating in the brandy,” states the ruling.

Basic said Barjaktarovic, whom he described as about five-foot-eight and 300 pounds, then punched him in the chin and chest.

Photos taken by the Burnaby RCMP the following day showed Basic had a large round bruise on the left side of his chin, bruising on his neck and two bruises on the upper-left side of his chest, according to the ruling.

Basic launched a civil suit against Barjaktarovic, who has since died.

One of the arguments raised by lawyers representing his estate was that Basic wasn’t credible because of inconsistencies in his testimony and because he holds paranoid beliefs, like that the RCMP has been targeting him – surveilling him, interfering with his banking and causing motor vehicle accidents that have injured him – since he moved to Canada from his native Yugoslavia in 1966.

He believed Mounties had set up the altercation over the brandy bottle, according to the ruling.

Without evidence to support it was someone other than Barjaktarovic who had assaulted Basic or that Barjaktarovic had acted in self-defence, however, B.C. Supreme Court Justice Christopher Hinkson accepted Basic’s version of events, especially since his injuries were consistent with the kind of incident he recounted.

“Despite his paranoia, I accept that the incident involved the plaintiff being attacked by Mr. Barjaktarovic, without justifiable provocation,” Hinkson said.

“While I reject his view that the RCMP orchestrated or set up the incident, the fact remains that an incident occurred at the coffee shop and that the plaintiff sustained injuries as a result of that incident.”

As for the bottle of brandy, Barjaktarovic’s estate denied he or anyone else urinated into it but conceded nothing in the suit turned on whether he did or not.