Vancouver's Burrard Bridge has finally re-opened after undergoing a lengthly refurbishment, and the next step is to turn on the lights as they once were decades ago.

Vancouver's Burrard Bridge has finally re-opened after undergoing a lengthly refurbishment, and the next step is to turn on the lights as they once were decades ago.

Part of the historic crossing's original 1930-32 Sharp & Thompson design, the concrete lamp standards, bronze light fixtures, and sconces, were removed in the 1960s, according to Heritage Vancouver Society.

The City of Vancouver was initially not going to restore the lighting system, but ultimately they did opt to go ahead and replicate it, putting the reproduced cement lamp standards and sconces not only back, but also back in their original positions. 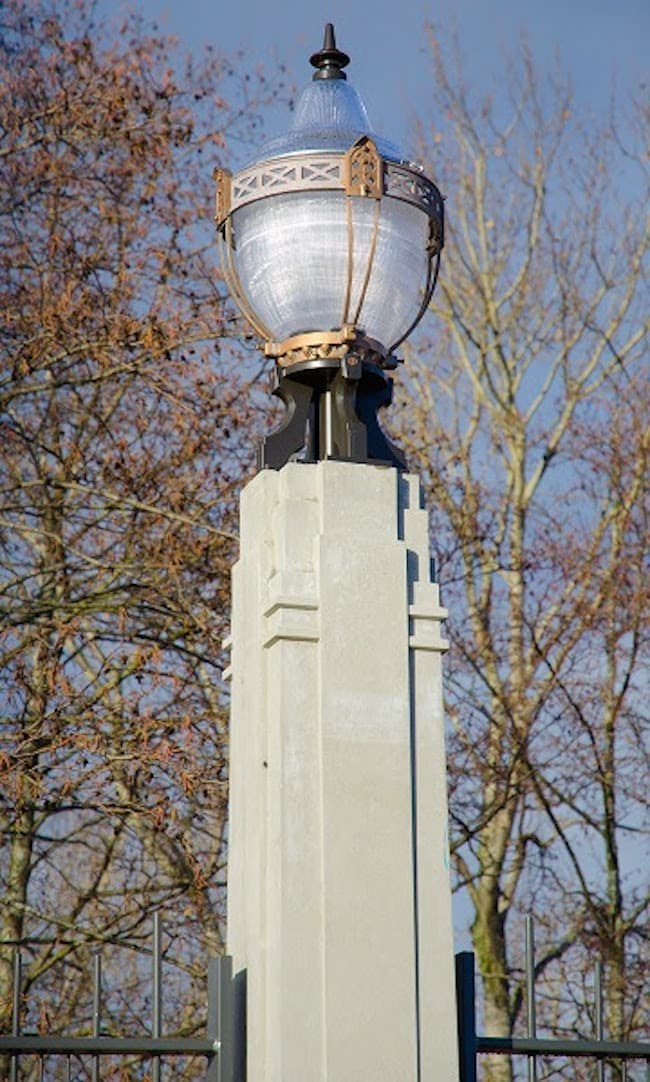 "The glass globes and bronze lamp housings are based upon an original surviving light fixture, and have been replicated by a BC company," explains Heritage Vancouver Society. "They incorporate tri-LEDs, allowing almost any colour of light to display along the bridge."

There's going to be even more of a restored light show on the art deco Burrard Bridge when the City of Vancouver completes the installation of the brazier lighting, which will look like a "flickering fire" at both ends of the bridge's entrances.

The brazier lights and simulated flame are to honour Canadian soldiers; they will be ready to go for Remembrance Day 2017.

If you're ready to see the Burrard Bridge lit as it was nearly half a century ago, there will be a demonstration lighting event on Wednesday, October 25 at 7 pm.