A study released by property website Zoocasa February 14 has revealed the best and worst Canadian cities to buy a home on a single person’s income.
Joannah Connolly
Feb 14, 2019 3:16 PM

Woman frustrated, surrounded with boxes on a lonely move / Shutterstock

To add insult to injury for single Metro Vancouverites this Valentine’s Day, a study released by property website Zoocasa February 14 has revealed the best and worst Canadian cities to buy a home on a single person’s income.

Unsurprisingly, Metro Vancouver came out on top – as the worst city in the country.

Zoocasa found that median single-person annual household income in Metro Vancouver, across all age groups, is $50,271. With an annual income of $139,082 required to buy a home at the region’s benchmark price of $1,019,600, that’s the biggest income-to-price gap in the country.

The affordability assumptions are based on already having a 20 per cent down payment, with a fixed-rate mortgage at 3.29 per cent over a 30-year amortization period.

The income gap is even worse for younger locals, as Metro Vancouver singles aged 24-34 earn a median of $46,308, said the study (although, you would expect that someone in that age group is more likely to purchase a starter condo than a million-dollar home).

Zoocasa found that Greater Toronto was the second-worst city for a single to buy a home, followed by Greater Victoria.

Check out the income-gap rankings of all the major cities in the study, and scroll down for the full list of home prices and median incomes by age groups, below. 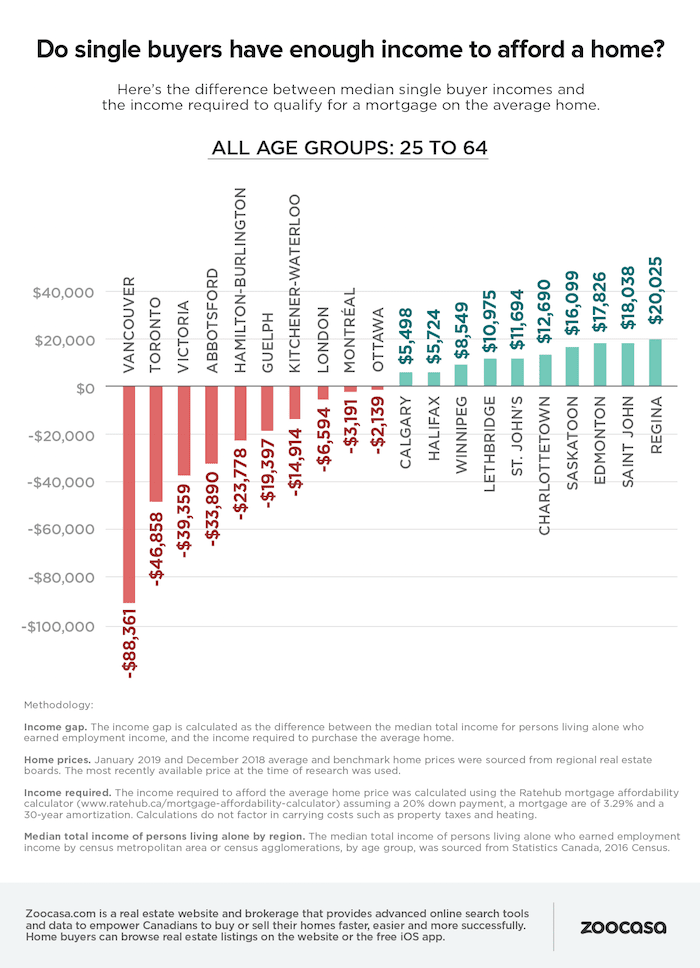 I Watched This Game: Spencer Martin rides again, stealing a point for Canucks against the Oilers
Jan 26, 2022 1:26 AM