A local non-profit animal protection group has renewed its calls for the City of Delta to take action after a cat was injured in a foot-hold trap in Ladner.
Ian Jacques Jun 25, 2019 2:26 PM 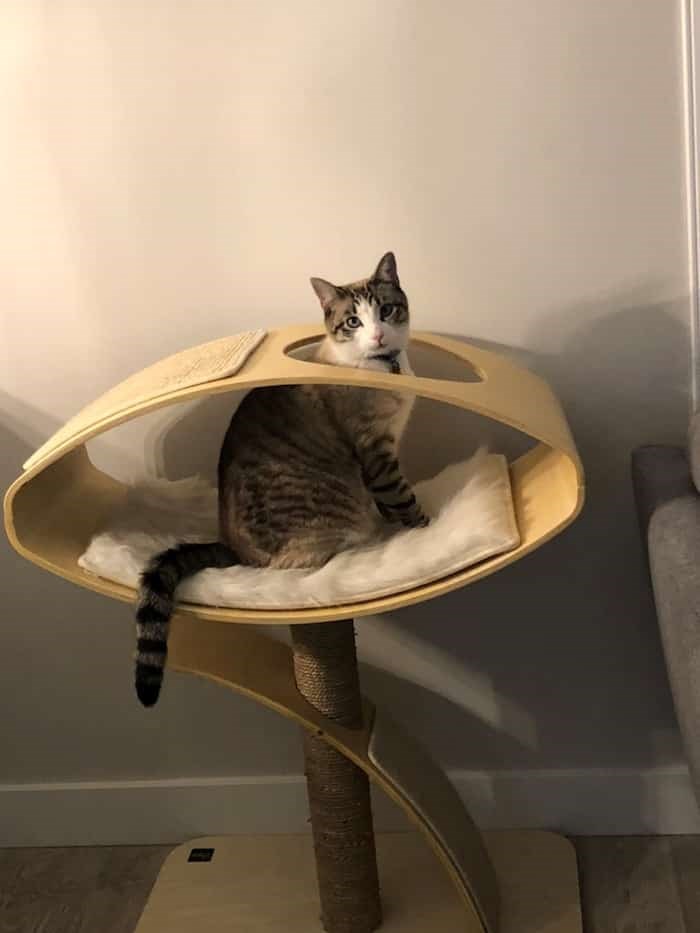 The Fur-Bearers has renewed its calls for the City of Delta to take action after a family cat by the name of Blu was grievously injured in a foot-hold trap in Ladner. Photograph By SUBMITTED

A local non-profit animal protection group has renewed its calls for the City of Delta to take action after a family cat was grievously injured in a foot-hold trap in Ladner.

The Fur-Bearers learned that Blu, a three-year-old cat, found its way home with severe damage to a hind leg with dead and dying flesh (necrosis). The veterinarian who is treating Blu noted the injury was the result of a foot-hold or body-gripping trap.

“I’ve had pets my whole life and never experienced anything like this,” said owner Josie Moubert. “Whomever caught Blu released him from the trap, but didn’t call the number on his collar. Our veterinarian suspects that due to the level of rotten flesh, Blu was in the trap for at least two days. Everyone I’ve spoken to about what happened to Blu is disgusted by it. Our family still doesn’t know if he’ll make it.” 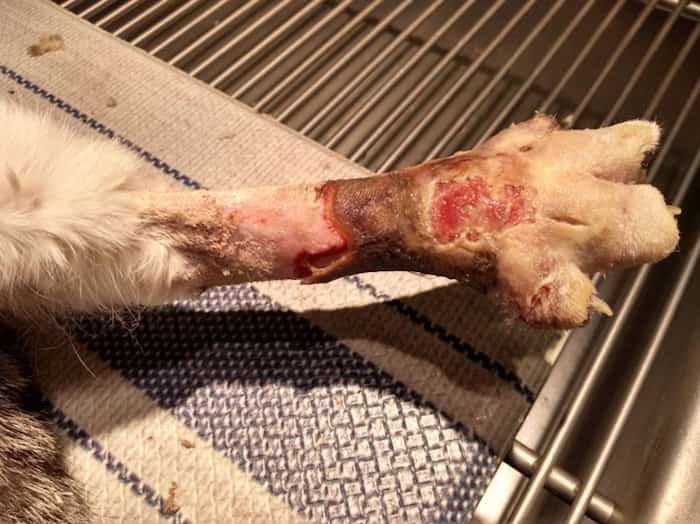 Blu, a three-year-old family pet from Ladner was was grievously injured in a foot-hold trap. – Submitted

Blu’s harrowing experience follows a recent memo from Delta bylaw staff recommending the city not enact a bylaw regarding traps following an incident last month where a raccoon was also caught by a foot-hold trap in the same neighbourhood.

According to The Fur-Bearers, the raccoon was found in the area of 46A Ave., dragging a foot-hold trap for days. The raccoon was emaciated, dehydrated, and had a visibly broken leg. The animal was humanely euthanized by Critter Care Wildlife Society.

“Municipalities in British Columbia cannot rely on the province to appropriately manage all wildlife-related issues, as can be evidenced by several enacting or asking to enact similar trap bans,” said Michael Howie, a spokesperson for The Fur-Bearers. “This trap was likely set within an urban environment, and possibly within sight of a large elementary school. The City of Delta has both the duty to protect their residents from such dangerous behaviour and the authority to enact bylaws related to such under the Community Charter.”

The lengthy response memo from Delta bylaw staff notes trapping in B.C. is regulated by the province under the Wildlife Act and that a variety of trapping methods are allowed, including the use of leg-hold traps. However, there are restrictions, including prohibiting the use of a leg-hold trap within 200 metres of a dwelling. Farmers wanting to stop nuisance wildlife have the same restriction, require written permission of a property owner and traps must be checked every 24 hours.

Howie said his group disagrees with bylaws and have sent another letter to Delta urging them to reconsider and review its policies again.

“A bylaw would also create education for local residents who may be trying to catch and/or kill animals on their property,” added Howie. “It’s time to acknowledge that provincial laws have not done the job of protecting people and pets from traps, and that communities are speaking out against their use.”

The Fur-Bearers is offering a $1,000 reward for information leading to the identification and conviction of the person(s) responsible for setting this trap, should it be proven to be illegal. They are also calling on local landowners who are using legal traps to publicly acknowledge this with signage and communication to nearby residents so that educated decisions can be made.