Catherine Tait, smiles as Heritage Minister Melanie Joly, not shown, announces that Tait is the new president and CEO of CBC/Radio-Canada during a press conference in the foyer of the House of Commons on Parliament Hill in Ottawa on Tuesday, April 3,
The Canadian Press
Apr 3, 2018 8:45 AM 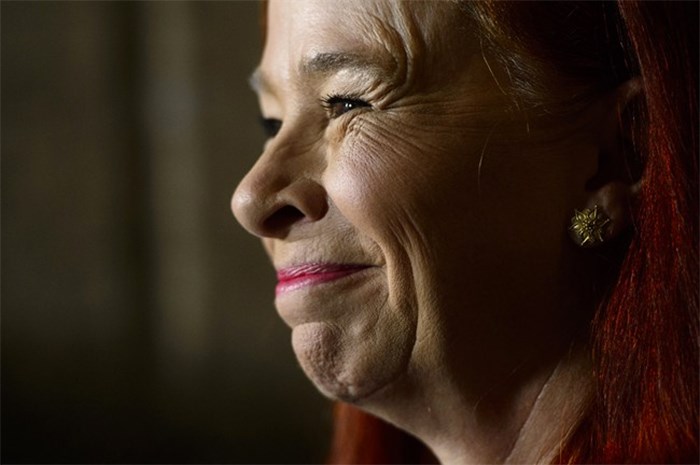 Catherine Tait, smiles as Heritage Minister Melanie Joly, not shown, announces that Tait is the new president and CEO of CBC/Radio-Canada during a press conference in the foyer of the House of Commons on Parliament Hill in Ottawa on Tuesday, April 3, 2018. THE CANADIAN PRESS/Sean Kilpatrick

The federal government is making a Canadian television and film executive the first woman to head CBC/Radio-Canada.

Catherine Tait called the appointment her dream job during an announcement this morning on Parliament Hill, standing alongside Heritage Minister Melanie Joly.

Tait, whose appointment is for a five-year term, says she wants the broadcaster to think digital, with consumers able to access content anywhere and any time. The CBC needs to be an inclusive storyteller for Indigenous Peoples, women, newcomers and LGBTQ communities, she says.

Tait talked about putting creating quality content to reach audiences across the country, saying she wanted to focus on creating local content and hits such as "Murdoch Mysteries."

"CBC/Radio-Canada, along with public broadcasters around the world, are under significant competitive pressure," she said.

"In order for public broadcasters to survive and to flourish, we must flourish on the services news and programming that most connect with our public, not just as one audience, but as many audiences. This is after all the power of digital."

Tait didn't provide many details of the changes she hopes to see at the public broadcaster, saying she wanted to take some time to talk with outgoing president Hubert Lacroix and other executives.

Tait, 60, has worked in the film and television business in Canada and the United States for more than 30 years, including time at Telefilm Canada and as a former president of Salter Street Films, which produced a CBC mainstay, "This Hour Has 22 Minutes."

People who have worked with Tait say she has a deep understanding of the domestic and international industry and describe her being unafraid to take risks.

She lives in New York and is currently president of Duopoly, a company that produces digital, television and film content.

Tait's appointment is the latest in a series of moves the Liberals have made at the public broadcaster that began in 2016 when it boosted funding to the CBC by $675 million over five years.

The government also launched an overhaul last year of how members of the board of directors are chosen — a response to complaints that the selection process was open to political interference and did not reflect Canada's diversity.