Vancouver city council voted 9-2 on January 30 to support a staff recommendation to plan to extend the Millennium Line to the University of British Columbia.
Glen Korstrom
Jan 31, 2019 7:14 AM

Vancouver city council voted 9-2 on January 30 to support a staff recommendation to plan to extend the Millennium Line to the University of British Columbia. This is in contrast to the option of having a light-rail system between Arbutus and the university.

Councillors Colleen Hardwick and Jean Swanson opposed the motion, at least in part because they said that the project is not a transit plan for the entire city, and that the funding for the project could restrict resources for other transit in the city. 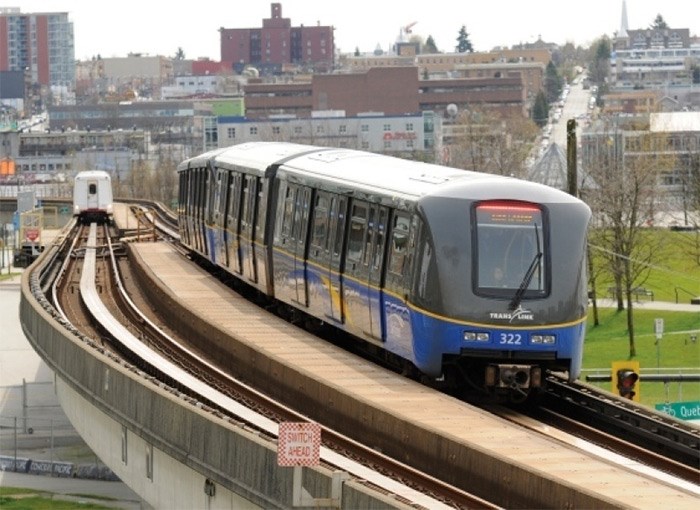 Council’s vote follows a unanimous vote by the TransLink Mayors’ Council, on January 24, to accept a TransLink staff report that said that extending rapid transit to UBC would be the best way to improve transit in the region.

The report estimated that extending the line between Arbutus Street and UBC would cost between $3.3 billion and $3.8 billion, before inflation.

The TransLink Mayors’ Council still needs to make a final decision on whether to proceed any further on the project, and a vote is possible at a meeting on February 15.

TransLink's $2.83 billion plan to extend the Millennium Line to Arbutus Street, from the current terminus at VCC-Clark station, has approval, is expected to be complete by 2025, and six stations are planned, although their precise locations are not yet known.

B.C.'s Ministry of Transportation is initiating discussions with property owners along the route to determine specific station locations, the ministry told Business in Vancouver in an email in late December.

"More engagement and public open houses are planned for the Broadway subway, where the public will have an opportunity to learn about these details – more information will be coming soon," the ministry said in its email.

The initiative to push the Millennium Line extension all the way to UBC is strongly supported by many organizations, such as the Greater Vancouver Board of Trade (GVBOT).

I Watched This Game: Spencer Martin rides again, stealing a point for Canucks against the Oilers
Jan 26, 2022 1:26 AM