The City of Burnaby has spent more than $1.1 million in legal fees since 2014 in its various court challenges to the Trans Mountain pipeline expansion project.
Sep 12, 2018 4:17 PM By: Kelvin Gawley 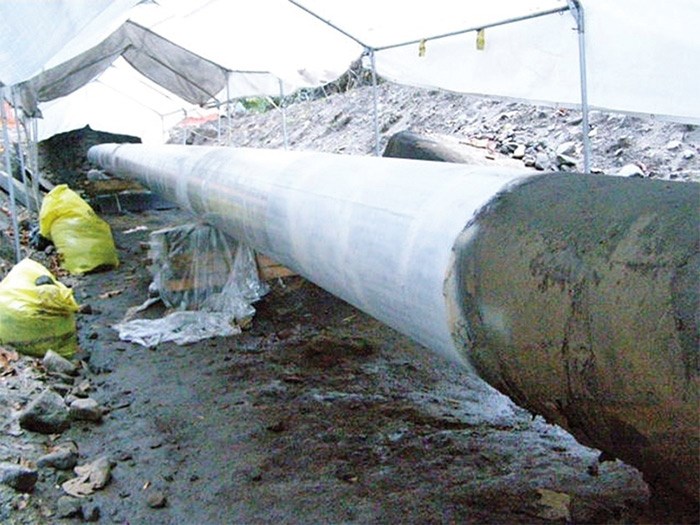 The City of Burnaby has spent more than $1.1 million in legal fees since 2014 in its various court challenges to the Trans Mountain pipeline expansion project.

The figure was revealed to the NOW in a letter from city manager Lambert Chu after Mayor Derek Corrigan previously said he did not know how much the city had spent fighting the pipeline and a Freedom of Information request seeking the information was denied.

Following a Supreme Court of Canada dismissal of Burnaby’s challenge to the National Energy Board’s jurisdiction on Aug. 23, Corrigan said he did not know whether the municipality had spent more than $1 million in its legal fights trying to stop the twinning of the pipeline from Edmonton to Burnaby.

“I’m surprised it’s such a focus,” he said at the time, after the NOW asked him repeatedly to give a rough estimate of the costs.

I asked Corrigan how much money the city is spending on its various legal challenges to the #TransMountain pipeline. His answer: "I don't know."

I tried repeatedly to get a rough estimate. (See transcript)

Corrigan did not respond to an interview request for this story.

The City of Burnaby later denied an FOI request from the NOW, on the grounds legal fees are protected from disclosure as part of solicitor-client privilege.

After the NOW requested the information from both Chu and Corrigan once more, Chu sent a letter to the paper on Sept. 10 revealing the total.

“Now that the city has achieved a significant milestone in its opposition to the Kinder Morgan Expansion Project,” Chu wrote, in reference to the Aug. 30 Federal Court of Appeal ruling that quashed the federal government’s approval of the project. “I can advise the city has paid an aggregate total amount of $1,122,997 in legal fees to address the various stages and challenges of the project since 2014.”

Chu said the city would not disclose more detailed information about the court costs, such as how much was spent on each court case, lawyer fees and court fees.

The city was party to the court challenge that has halted construction on the project, but the ruling was based on what it deemed flawed consultation with First Nations and lack of consideration given to the effect of marine tanker traffic – not on Burnaby’s arguments.

In August, following the Supreme Court dismissal, Corrigan defended the strategy of pursuing court challenges with low odds of success.

“In each of these instances, we want to exhaust our remedies,” he said. “We don’t want to leave anything untried.”

Corrigan said the legal fees were being funded from casino funds and therefore haven’t been “a burden on the taxpayer.”

But two of Corrigan’s political challengers were critical of this strategy.

He said he would like to see the project cancelled permanently but doesn’t believe pursuing every legal challenge has been a good use of the city’s money. He also challenged Corrigan’s claim that the court fees haven’t been a burden on taxpayers.

“Anything that comes into the city’s coffers becomes taxpayers’ money,” he said.

The fate of the project will be ultimately decided by either the Supreme Court of Canada or a new review process, which must include a “much more thorough investigation,” Hurley said.

If either process gives approval to the project, Hurley said he would respect its right to go ahead, despite saying “I don’t think I’ll ever like the pipeline.”

John Smith, a spokesperson for the Burnaby First Coalition, said he was “shocked that public information was obscured from the public” in regards to the steps the NOW went through to learn the $1.1 million figure.

Smith said it’s not the city’s jurisdiction to challenge the pipeline and said a BFC council would not participate in further legal challenges.

“I think it’s money well spent,” he said, adding it’s the city’s responsibility to go down every possible avenue.

“Stopping the pipeline is extremely important to the City of Burnaby,” McGuckin said.