Growers will turn to blue-collar towns and the Agricultural Land Reserve to find millions of sq ft of industrial space needed to meet demand
V.I.A. Mar 5, 2018 8:16 AM 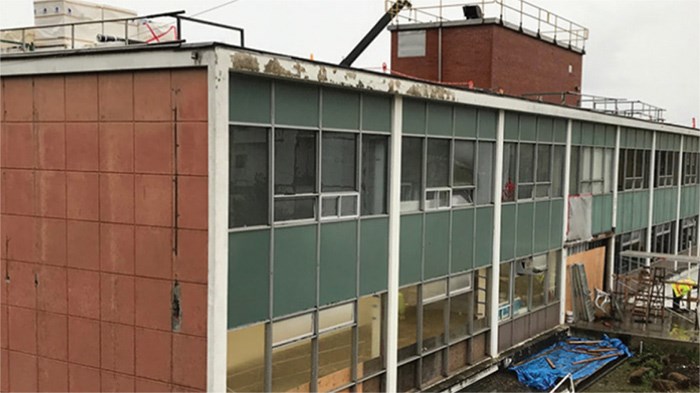 “The legalization of marijuana is expected to drive up the cost of commercial real estate in all major provinces across the nation,” said Gaurav Mathur, Toronto-based research manager, capital markets, with JLL Canada.

The study showed that, based on large projects underway, more than half of the short-term demand will be in Alberta. Ontario is forecast to require about three million square feet, with the rest in Quebec, Saskatchewan and New Brunswick.

None of the big growers – all licensed medical marijuana producers – had projects underway in Metro Vancouver, which JLL Vancouver suggests is due to a 1.9 per cent industrial vacancy rate, the second-lowest in North America. In 2017’s fourth quarter, more than 722,000 square feet of industrial space was sold or leased in the region, and prices have hit record highs.

Vancouver-based Aurora Cannabis Inc., for instance, has bypassed B.C. and is building an 800,000-square-foot facility, the world’s largest indoor marijuana grow-op, next to the Edmonton International Airport in Leduc, Alberta.

Aside from inventory challenges, there has also been “pushback” from some Lower Mainland municipalities against marijuana grow facilities, according to JLL.

Ben Wedge of JLL’s Vancouver office expects much of Metro’s cannabis demand will be for smaller distribution space, not production. Such companies, he said, are looking for 20,000 to 30,000 square feet of space in a stand-alone building that could be secured.

Good luck finding that, noted Chilliwack commercial agent Rick Toor of HomeLife Glenayre Realty, who said the industrial shortage extends well out into the Fraser Valley. Inventory is scarce and prices are rising, he said, pointing to a new 15,000-square-foot industrial building in Chilliwack recently listed at $4 million.

In Delta, a 24,000-square-foot marijuana production facility has been approved for an industrial site on Annacis Island.

Not everyone is on board with the plan.

“Agricultural land is a hell of a lot cheaper than buying land in a commercial/industrial park, but I think it’s a real shame we’re replacing tomatoes, peppers and cucumbers with marijuana,” said Delta councillor and Delta South Liberal MLA Ian Paton.

Smaller B.C. medical marijuana producers have been taking space in places like Powell River, Duncan and Lumby, where Vancouver-based True Leaf plans to refit 16,000 square feet of old industrial buildings into a grow-op. The company says future plans are to build a one-million-square-foot facility on the 40-acre Lumby site it bought last year.

Santé Veritas CEO John Walker said the company expects to produce 2,800 kilograms of dried marijuana with an estimated value of $19 million per year.

Pot could represent an opportunity for other B.C. resource towns that have shuttered mills or mine sites.

“For smaller towns it is a great direction to move in order to diversify the economy and create jobs,” said Scott Randolph, Powell River’s economic development officer. He said the Santé Veritas plant could create 50 jobs and generate around $3 million in spending annually in Powell River.