This incredible B.C. animal attacks a porcupine in the face until it bleeds to death

Native to North America, the fisher is a member of the 'mustelid,' or weasel family, which includes everything from badgers to otters to wolverines.

"Though she be but little, she is fierce!"

Shakespeare's words were meant for a fictional character in A Midsummer Night's Dream, but they also ring true for one particularly fierce B.C. mammal.

Native to North America, the fisher is a cat-sized member of the 'mustelid,' or weasel family, which includes everything from badgers to otters to wolverines.

Crafty, cunning, playful - these are all words that one might use to describe the chocolate-coloured critter - but a B.C. biologist warns about the temptation to anthropomorphize the animal.

With that being said, it is hard not to find them beguiling. Not only are they beautiful creatures, but they are truly fascinating.

Yaeger explained that the species is currently at risk due to loss of habitat, as well as trapping.

“I think they are truly beautiful animals – I love them. Sadly, this forest-dweller is often accidentally captured in traps set for its smaller cousin, the marten,” he said. “What’s more, they require a tree cavity for keeping their kits safe. They have two or three kits, who are born with their eyes closed, covered in short downy fur, and that are entirely dependent on their mother to feed and protect them. A secure cavity is critical to their survival. "

And while fishers are only about the size of a cat, they are quick, successful, and ferocious predators. In fact, Yaeger explained that they are one of the only successful porcupine predators in B.C. While a number of animals would avoid porcupines due to their quills, fishers are quick enough to consistently keep attacking them in the face.

"They will literally keep going for the face until the animal bleeds to death," confirmed Yaeger. "It is quite amazing."

"One fall day while tracking a fisher through the woods using radio-telemetry, I isolated the signal to an old, decaying, large-diameter tree. As I circled the tree to confirm she was inside, I noticed a relatively small fire scar at the base of the tree leading to an internal cavity. Wedged in the bottom of that cavity opening was a deer hoof!" he exclaimed. 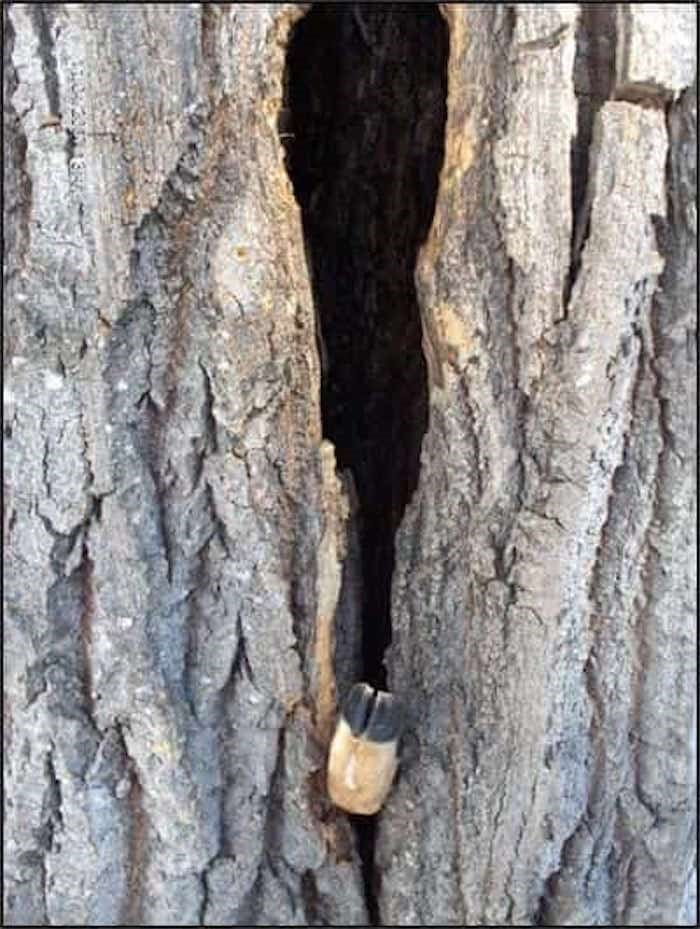 "Now, fishers are incredibly capable predators, and not shy about scavenging a meal if it presents itself, but I laughed aloud at the image how much work it must have been for this small female fisher to chew off the limb from the carcass and drag it from who knows where, and position it such that it fits into this cavity! Amazing animals!"

Yaeger adds that this example underscores the importance of cavities in trees for fishers.  As the largest cavity users in North America, they require them to rear their young as well as, in this case, dine.

Go to the BC Fisher Habitat website for tools and techniques to help forestry professionals identify fisher habitat and guidance on how to protect it.