Free public transit for kids is one of the key topics on the agenda this week at city hall, as Mayor Kennedy Stewart and Vancouver city councillors return from a holiday break to begin a new year of business.
Jan 15, 2019 7:18 AM By: Mike Howell

Free public transit for kids is one of the key topics on the agenda this week at city hall, as Mayor Kennedy Stewart and Vancouver city councillors return from a holiday break to begin a new year of business. 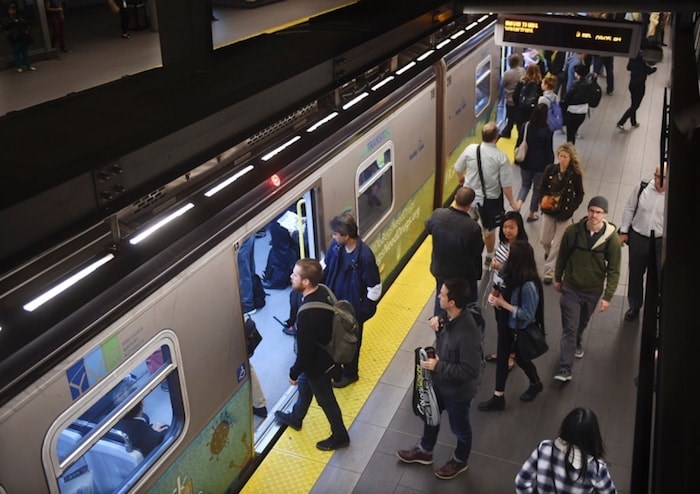 This topic, along with that of climate change and money laundering, are the result of motions to be introduced by councillors when they meet Tuesday and Wednesday. Residents have registered to speak to each of the topics, so debate and discussion is likely to begin Wednesday.

Coun. Jean Swanson’s motion requests the City of Vancouver endorse the #allonboard campaign launched in the region to have the provincial government develop a plan to provide free public transit for people 18 and under.

Swanson also wants reduced pricing for low-income people and an end to ticketing minors and adults for fare evasion.

“Those living below the poverty line have brought forward that they cannot afford to pay the $173 fines received individually, or the resulting accrued ‘TransLink debt’ from many unpaid fines,” Swanson writes in her motion.

According to #allonboard’s website, the campaign consists of an alliance of coalitions, organizations, community groups, advocates, unions and “passionate communities and citizens from municipalities across Metro Vancouver coming together to ensure our communities can get on board.

As of Monday, eight people had registered to speak to Swanson’s motion.

Read this article in full at the Vancouver Courier

I Watched This Preseason Game: Rathbone excels even as Kraken topple the Canucks
Sep 26, 2021 11:45 PM