A majority of Metro Vancouverites say they would visit Granville Island more often if it were easier to find a parking spot.
Mario Canseco
Jan 8, 2019 7:52 AM

Granville Island is regularly featured in documentaries and “top 10” lists that discuss Metro Vancouver’s best tourism attractions. Over the past few years, there have been many discussions about Granville Island’s future, its operations and even the type of art that should be allowed in it or on it (such as the spray-paint mural of Brazilian artists Os Gemeos depicted on Ocean Concrete’s silos). 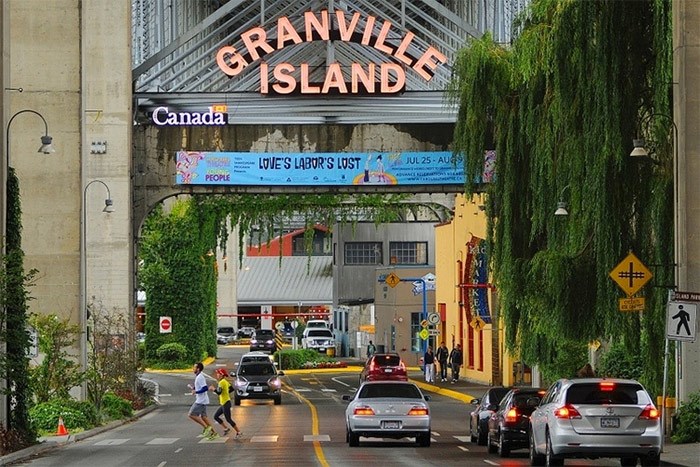 One of Granville Island’s most noticeable tenants – Emily Carr University– left in 2017 and now occupies a new campus in Vancouver. The university’s departure opened up more public debate about what to do with the space it vacated.

When Research Co.asked a representative sample of Metro Vancouver residents about Granville Island, only 19% said they have not visited the venue over the past two years. Twenty-two per cent have been there at least six times in that span, including 43% of city of Vancouver residents.

But Granville Island’s allure goes beyond the most populous city in the Lower Mainland. A majority of residents of other Metro Vancouver municipalities have visited over the past two years.

The destination is also especially popular with millennials. Only 12% of residents aged 18 to 34 say they have not been to Granville Island in the past two years, compared with 23% of those aged 35 to 54 and 24% of those aged 55 and over.

When asked about their last trip to Granville Island, 29% of those who went there say shopping at the public market was the reason for their visit. Sightseeing is second on the list of attractions (25%), followed by going for a meal or snack (17%), going to an arts and culture performance (16%) and shopping in one of the many stores and studios that are not located inside the public market (5%).

In a year that will feature ample debates about transportation, what to do about Granville Island may emerge as a point of discussion. In the survey, a majority of Metro Vancouverites (61%) say they would visit Granville Island more often if it were easier to find a parking spot. This includes 64% of those aged 35 to 54 and 66% of those aged 55 and over – precisely the demographics that are more likely to report not visiting in the past two years.

Some concerns have also been expressed about the fact that a majority of the parking spots inside Granville Island are free (for a few hours, at least) while the rest are paid. Last October, Elana Shepert reported in Vancouver Is Awesome about plans to introduce paid parking in all of Granville Island during the day.

The plans did not sit well with most Metro Vancouverites; 58% disagreed with a decision to abandon free parking at Granville Island, but 34% believed it is the right course of action.

Another idea that has been floated around is turning Granville Island into a pedestrian zone and forbidding personal vehicles in the venue. This could be a welcome break for public-market visitors who emerge from the island with nothing but shopping bags or for foodies who are just interested in a meal. However, the policy could create problems for artists who need to move materials and creations with more than their bare hands.

It will take plenty of consultation to figure out what will make most Metro Vancouverites happy about the future of Granville Island. There is no easy answer right now.

While some city of Vancouver residents are enthralled with the notion of a car-free Granville Island, others are saying it’s the lack of parking options that makes them less likely to visit. The idea of a pedestrian Granville Island is not enticing to many Metro Vancouverites who would need to find a place to leave their vehicle if they are coming from other municipalities. Finally, those who are lucky to get a free parking space when they make the trip to Granville Island do not want to see this opportunity slip away.