Is ICBC set to deploy the ultimate back-seat driver?

This summer, ICBC will launch yearlong telematics pilot aimed at as many as 7,000 new drivers who agree to submit data that’s recorded while they drive.
Tyler Orton
Jan 18, 2019 12:58 PM

Many people are willing to hand over personal data – say, information about who their friends are on Facebook – just for a discount code for online shopping.

But would B.C. drivers part with private data about their personal driving habits if it meant getting a sizable discount on auto insurance?

The Insurance Corp. of BC (ICBC) is putting that to the test this summer with a yearlong telematics pilot aimed at as many as 7,000 new drivers who agree to submit data that’s recorded while they drive. 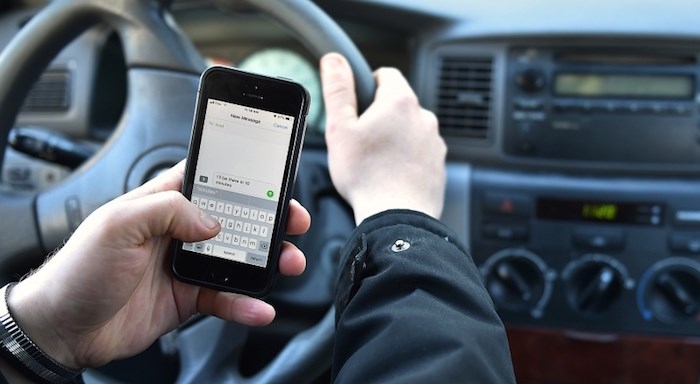 Cell phone addiction is behind some driver’s inability to stay away from the device while behind the wheel. Photo Dan Toulgoet

And with basic rates poised to climb 6.3% amid financial tumult at ICBC, drivers may soon be more inclined to sign off on future data collection from vehicles to save cash.

Telematics is the means of using hardware and software to monitor a vehicle, such as its location, its speed or even how frequently it brakes or turns.

ICBC plans to use a small in-vehicle device to communicate with an app on a driver’s smartphone to record driving habits.

Based on the data collected, the insurance carrier would then produce a score for the driver.

An earlier pilot suggested that more than 40% of participants improved their driving after the implementation of telematics in their vehicles.

A 2018 report on telematics from management consulting firm McKinsey & Co. revealed that the technology had a 20% penetration rate in the U.S. market.

Canadians have been slower to embrace telematics, with only 4% of drivers adopting the technology.

While ICBC has not yet made telematics available to drivers on the West Coast, other jurisdictions in Canada are embracing the concept, according to Aaron Sutherland, the Insurance Bureau of Canada’s vice-president of the Pacific region.

“Now they’re not allowed to use that information to increase prices but they can discount [prices],” Sutherland said. “So you can receive up to 25% off your auto insurance if you’re willing to let your insurer see how you’re driving. Are you speeding? Are you speeding up and slamming on the brakes quite often?”

Sutherland, whose industry association represents the interests of private insurance carriers, said B.C. has been slower to espouse telematics because of the lack of competition.

A 2014 report from Deloitte, meanwhile, concluded that widespread consumer acceptance of the concept does not necessarily guarantee trust in the technology, given privacy concerns and risks posed by hackers.

“To gain widespread adoption, insurers will likely have to engage in proactive communication and education – specifically making clear what’s in it for the consumer when it comes to sharing personal driving habits,” the report stated.

“If the potential gain is significant enough and they believe their data is relatively secure, more consumers will likely be willing to make the trade-off, despite any lingering concerns about personal privacy or cybersecurity.”

Peter Martire, principal at High Risk Insurance Ontario, said he understands why people would have privacy concerns, but said the technology does not pose a significant risk.

ICBC declined an interview request from Business in Vancouver, but spokeswoman Lindsay Wilkins said in an email that the collection, use, disclosure and retention of information for the pilot would comply with B.C.’s Freedom of Information and Protection of Privacy Act.

The next step for the province’s insurance carrier is to name a vendor to supply the devices, with an announcement expected sometime early this year.

Mojio CEO Kenny Hawk said his Vancouver-based tech firm was among the vendors invited to participate in the request for quotation.

The company has worked with hardware partners to develop a device that plugs into a car’s onboard diagnostic port and sends encrypted data to Mojio’s cloud via a high-speed network.

Hawk said his company has been working with insurance carriers in different countries to fine-tune data collection, while at the same time working within the strict guidelines of the EU’s General Data Protection Regulation.

Hawk added that at the same time he’s happy to trade some of that privacy for improvements in safety and to save money.

I Watched This Game: Spencer Martin carries Canucks to a surprise point against the Panthers
Jan 22, 2022 3:24 AM