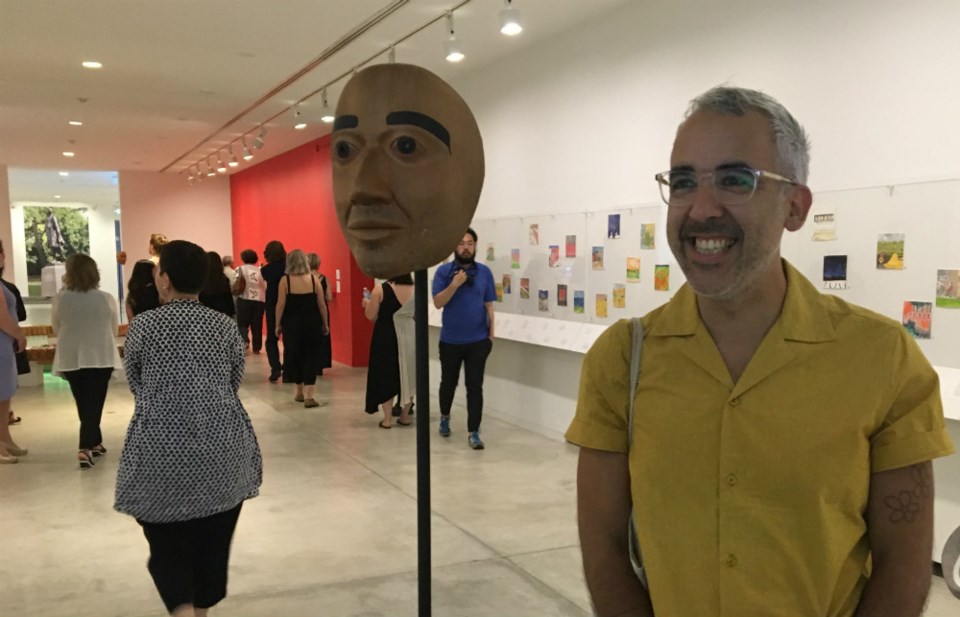 The friendship between a Japanese-Canadian and First Nations artist brings an exploration of place through culture and performance to the Vancouver Art Gallery.

Ayumi Goto and Peter Morin: how do you carry the land? features video and photos of past performances. There are photos of Morin's 2013 performance 'Cultural Graffiti in London' 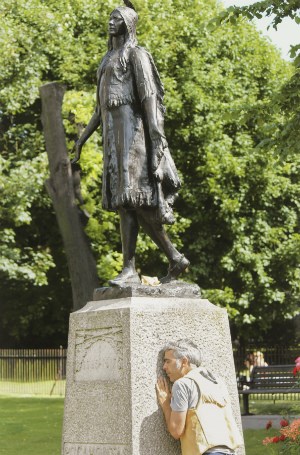 where he performed traditional songs in front of Buckingham Palace, the House of Parliament, the alleged grave of Pocahontas and other locations.

The songs are meant to leave their mark on the monuments like graffiti as an act of cultural resistance to colonial power.

Ayumi Goto and Peter Morin began collaborating with this is what happens when we perform the memory of the land, during the 2013 Truth and Reconciliation Commission (TRC) of Canada's Quebec National Event in Montreal.

The exhibition also includes objects that the artists have given each other as gifts with a handwritten letter explaining why the object is culturally significant.

"When people come into this space I hope that they see evidence of a great friendship and evidence of people who are deeply committed to interrogating and understanding the effects of colonization on Indigenous bodies and people of colour," says Tahltan Nation artist Peter Morin. 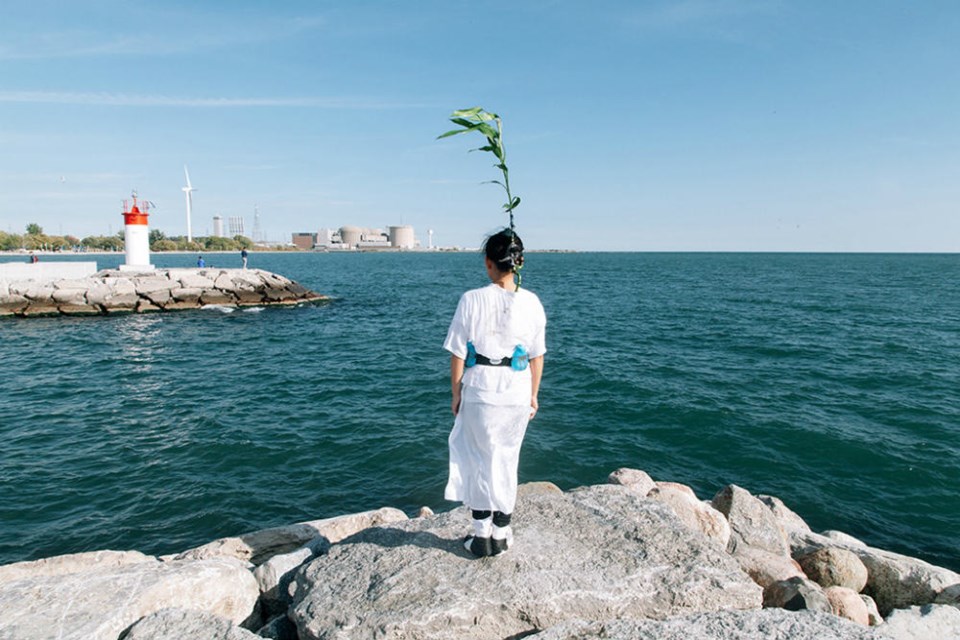 The exhibition also features a series of watercolours created by Toronto-based performance artist Ayumi Goto that were created during her journey running almost 1,600 km over 104 days in homage to the Nishiyuu Walkers called 'in sonorous shadows of Nishiyuu.'

The Nishiyuu Walkers are a group of six Cree youth that walked 1,600 km from Whapmagoostui First Nation in Northern Quebec to Parliament Hill in Ottawa during the winter of 2013 in support of the Idle No More movement. 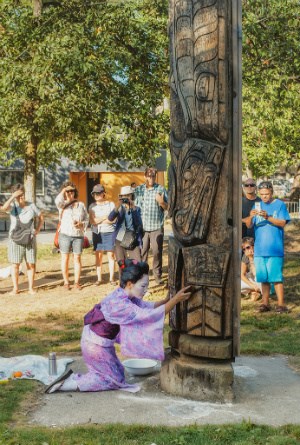 "I thought -- if I go run 1,600 km then maybe I can honour what the Cree walkers were doing and start to think about what it means to properly acknowledge the territories that we're passing through," says Goto.

While she ran she wore a speaker bell that played songs by Cree Metis artist Cheryl L'Hirondelle and others. After completing her run each day she painted a watercolour and wrote a journal entry beginning with a personal message to her mother in Japanese before continuing in English.

On Saturday, July 21 at 2 p.m. Goto, Morin and Tarah Hogue, Indigenous art senior curatorial fellow, will hold a Roving Gallery Performance: this is not us on the third floor of the gallery donning masks carved by Haida artist Corey Bulpitt.

Another event, Artists Talk: Resonant Presence and Refusals, is free and features a panel discussion between Goto, Morin Frei Njooti and Olivia Whetung on July 17 at 7 p.m. at the Contemporary Art Gallery at 555 Nelson Street. Those interested in attending can RSVP by calling 604-681-2700.

Ayumi Goto and Peter Morin: how do you carry the land? is on display from July 14 to October 28.