North Vancouver may ban smoking in all parks, plazas, and paths

Whether it’s lighting a dart, puffing on pot or leaving a vapour trail, the City of North Vancouver could soon be cracking down on where people can smoke.
Brent Richter May 8, 2019 4:01 PM

Whether it’s lighting a dart, puffing on pot or leaving a vapour trail, the City of North Vancouver could soon be cracking down on where people can smoke.

Coun. Jessica McIlroy won unanimous support for a motion Monday night, asking staff to research a ban in “all parks and plazas and on multi-use pathways,” and to update the language of the bylaw to take into account the legalization of cannabis and popularity of vaping. 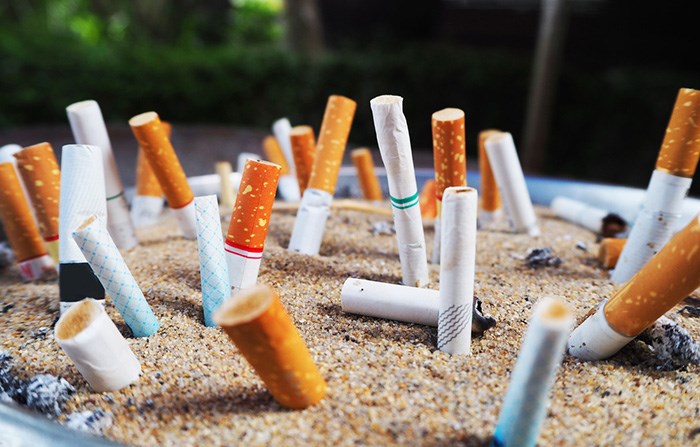 The city’s current bylaw, passed in 2014, already prohibits smoking within 7.5 metres of any building’s doors, windows or air intakes as well as near playgrounds, picnic areas and in Jack Loucks Court and Rogers Plaza next to the John Braithwaite Community Centre McIlroy noted, but there are still many public gathering places like the Shipyards, the Green Necklace and the civic plaza outside municipal hall that are still not covered.

McIlroy said her motion should be viewed as a boon to public health, fire safety and waste management.

“I do believe that a review and potential expansion is warranted. I will say that many of our public areas where people gather to socialize and recreate, enjoy nature and the outdoors, as well as spaces where children and families frequently play are not currently included in the city’s bylaw and are actually permitted smoking areas,” she said. “Smoking is occurring regularly in these public areas and second-hand smoke is a significant nuisance and public heath hazard. There are no safe levels of second hand smoke.”

As the summers are getting hotter and dryer, the threat of unextinguished butts causing fires is growing, McIlroy added and toxic butts are frequently tossed into the streets where they may be washed into the stormwater system and threaten the wider environment.

McIlroy acknowledged the ethical implications of limiting smoking in public spaces when so many people do not have any private areas where they are allowed to smoke, so she asked staff to include in their report some consideration of how the change would impact already marginalized people.

But, while support for the motion was unanimous, Coun. Don Bell warned the city has already faced complaints for not enforcing the existing rules on the books.

“Staff have come back and said it’s difficult to enforce so I think increasing the area is going to bring into question the whole area of enforcement and the ability to actually do something,” he said.

Mayor Linda Buchanan wasn’t present for Monday’s meeting but she did ask acting mayor Coun. Angela Girard to read in an amendment, further asking staff to report back for plans for an education campaign targeting cigarette butt disposal.