The average two-bedroom in Vancouver costs a whopping $3,030 a month.

A recent reports find that Vancouver has the second highest average rent across Canada for one-bedroom apartments and the highest rent for two-bedrooms.

The fifth most expensive market was Montreal, with one-bedroom rent decreasing 2% to $1,500 and two-bedrooms staying flat at $1,950. 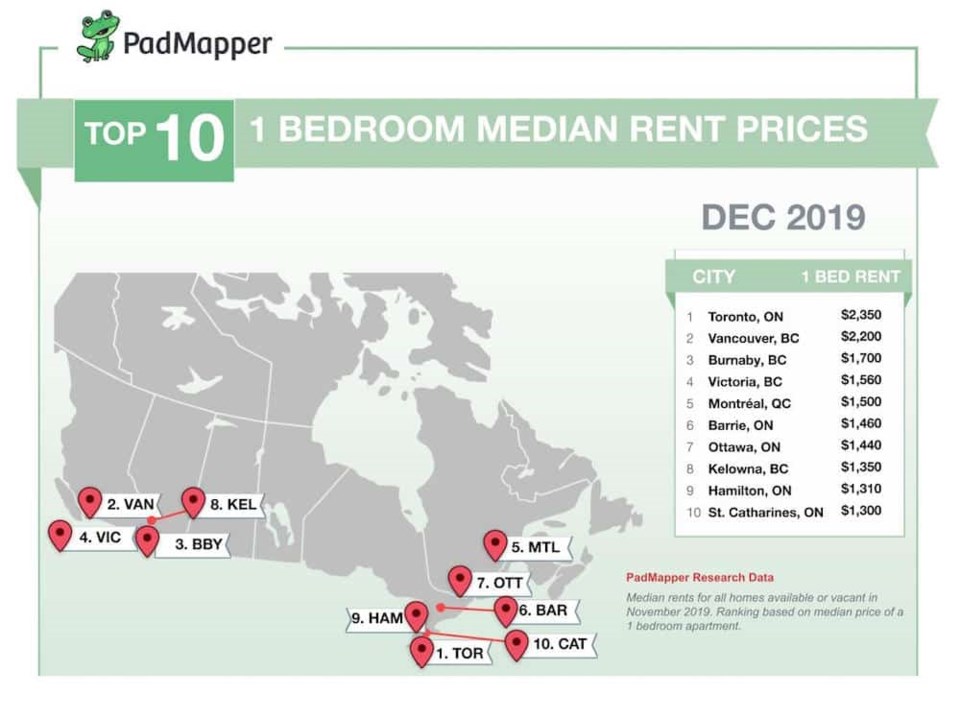 Photo: Padmapper
The report is based on all data available in the month prior to publication. Any data that is reported does not include short term or Airbnb listings.

Vancouver Canadians baseball: It's hoppening! The Hillsboro Hops head to town
Aug 18, 2022 8:07 AM