Pedestrian dies after being run over by transit bus in Burnaby

Police are looking for witnesses to a fatal pedestrian collision involving a transit bus in Burnaby Thursday night.
Cornelia Naylor Dec 14, 2018 9:56 AM

Police are looking for witnesses to a fatal pedestrian collision involving a transit bus in Burnaby Thursday night. 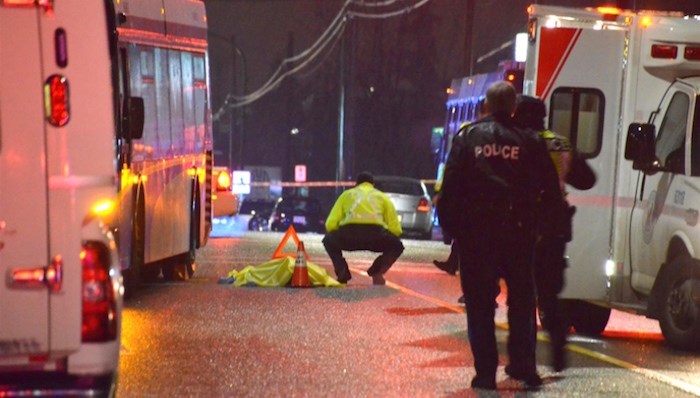 Emergency crews were called to 6th St and 16th Ave at about 7 p.m. for reports a bus had hit a pedestrian.

Upon arrival they found a woman pinned under the rear of a transit bus, according to assistant fire Chief Dave Younger.

Firefighters on scene reported the bus appeared to have been turning left when it struck the woman, who had been crossing the street, he said.

The woman had no pulse and firefighters performed CPR until paramedics arrived but were unable to revive her, according to Younger.

Police blocked off 6th Street between 15th Avenue and 17th Avenue for some time to investigate.