Life is going to the dogs in Vancouver--or at least things are about to get a lot better for canine companions and their owners in the city, following the approval of a wide-reaching multi-year plan for giving dogs more room around town.

Board commissioners Monday night approved the People, Parks and Dogs plan. It's an over-arching strategy aimed at improving existing off-leash areas, creating new ones and promoting a more positive experience for all park users by clarifying rules, boundaries and etiquette in leash-free areas, over the next 10 years and into the future. 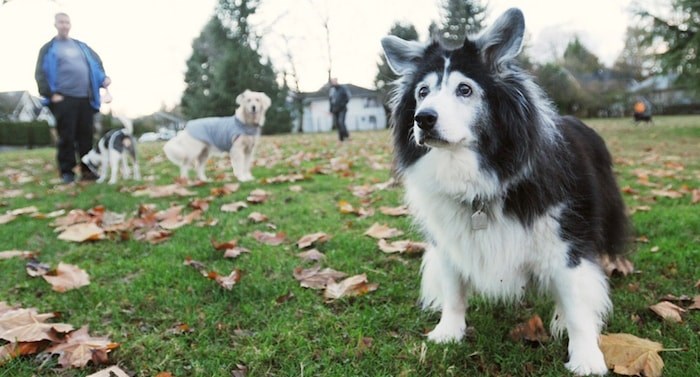 “Additionally, the strategy seeks to integrate a variety of appealing and dog-safe off-leash spaces in our parks that are easily accessed by local residents who directly support their success,” board staff said in the report to commissioners.

“This is a very important step… for as long as I’ve been a commissioner, this is my second discontiguous term, dogs have been the number one issue that we’ve dealt with,” said commissioner Stuart Mckinnon. “And we’ve been through many difference processes on what to do with the interaction between people and dogs in our parks.”

Mackinnon added that the plan addresses many of the common issues that come up around dogs in parks.

“We can live in an urban area, we can have dogs as our companions and we can occupy public spaces with them and without them.”

When it comes to public spaces in Vancouver, there are some things that fall outside the jurisdiction of the Parks Board, however they are looking to these outside agencies to make improvements, including urging TransLink to let dogs on public transit.

"Access to dog off-leash areas in our city would be significantly improved if dogs were allowed on public transit," notes the report.

"In order to improve equitable access to dog off-leash areas across our city, it would be beneficial if TransLink explores opportunities to allow greater access to dogs on public transit."

Other ways in which the Parks Board hopes to collaborate with other groups include clarifying terms and access with the Vancouver School Board and the Province for land that they are in control of.

The plan covers everything from creating new off-leash areas in regions of the city that are considered underserved and strategies for increasing the number of licensed dogs, to the types of surfaces that could be used and increasing signage and education related of dog activity in parks.

Staff also identified a number of “quick starts” — initiatives that could be under taken in the next 12 to 18 months, including: developing a new off-leash area at Renfrew Park and testing new surfacing materials, expanding the city’s “red bin” program for dog waste, installing new signage at existing off-leash areas and removing time restrictions at New Brighton Park’s off-leash enclosure.

Speakers at the meeting brought up concerns like the amount of fencing used, lack of proper signage at parks and elsewhere, and interactions between dogs and wildlife in parks.

All commissioners voiced their support for the strategy before approving the plan unanimously.