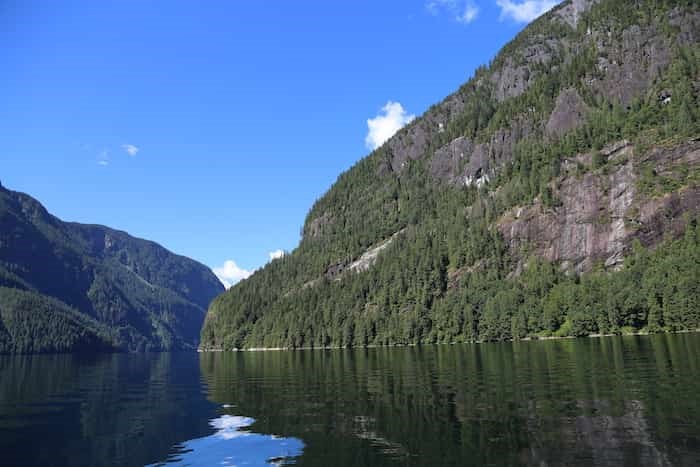 Earlier this year, the BC Parks Foundation began raising money to buy 800 hectares of watershed and 4.5 kilometres of waterfront on the Sunshine Coast that was up for sale. The charity had to raise a total of $3 million dollars before the August deadline, and it had  a staggering million left to raise in the final two months.

Luckily, that impressive campaign goal was met in the final days of August, with over $100,000 coming in over the last few days.

Vancouver Is Awesome spoke to Andrew Day, Chief Executive Officer, BC Parks Foundation, who explained how the community came together to save the inlet from an uncertain future.

"People really came together for the campaign," he said. "It was amazing to see people give whatever they could, and raise money in a variety of ways."

Day notes that some of the donations were quite large, while other people donated whatever they could. He added that it wasn't about how much they donated, but the principle behind their contributions.

"Every little bit helped in this campaign. There were so many individual donations, and people just felt fortunate to able to give back."

According to Day, donations came in a wide variety of ways, such as pensioners who could contribute $10 or a Grade 5 class at Cambridge Elementary Surrey that raised an impressive $1110.48. In fact, more than 1,000 individual donors, foundations, societies, companies and groups made contributions.

“Since we first publicly announced this campaign in June, the overwhelming support we received has been nothing short of astounding,” he remarked.

“We knew locals and visitors alike are passionate about our beautiful province and its special places. But we had no idea about the amount of altruism and kind-heartedness that would come our way from so many different quarters. This level of donation has never happened before with a land acquisition for parks. We cannot say thank you enough to those who have contributed. Your love for British Columbia and beautiful places like Princess Louisa Inlet has done something miraculous.”

Moving forward, the Foundation wants to transfer the land to BC Parks for conversion into a Class A Provincial Park or equivalent protection. The area is home to grizzly bears, mountain goats, eagles and at least one threatened bird species, lichen and moss communities, marine life, and much more. It also has important historical and cultural significance to the Sechelt First Nation.

For more information on the BC Parks Foundation’s campaign to save Princess Louisa Inlet, visit here.

Vancouverites will face the most expensive Canada Day weekend at the pumps, say experts
Jun 24, 2022 2:28 PM