It was around this time in 2020 that restaurants and bars were starting to open up after being ordered to close
May 16, 2021 9:30 AM By: Alan Campbell 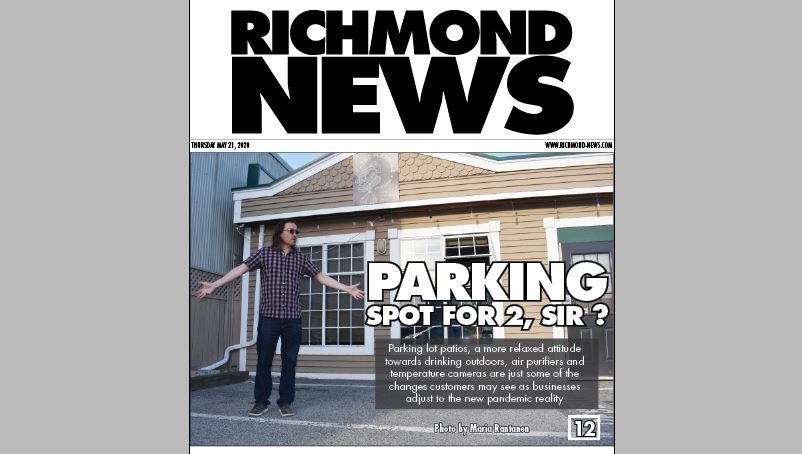 Can it really be a year on and we're still trying to figure out extended patios?Richmond News screenshot

It’s hard to believe it’s a year ago this week that we were talking about the concept of extending Richmond restaurants into parking spots in the early months of the COVID-19 pandemic.

Almost 12 months on and eateries in Steveston are still navigating the possibility of creating outdoor dining space on the street, including recently at Davood’s bistro on No. 1 Road.

This time last year COVID-19-related restrictions for restaurants, cafes and pubs were easing after the initial “lockdown,” with the City of Richmond considering allowing expanded patio spaces to make it easier to serve alcohol.

Kelly Greene, now an MLA but a city councillor at the time, brought a motion to allow the expansion of patio spaces until the end of the year.

And the owner of the now closed Porthole in Steveston, David da Silva, said he was appreciative of the city’s efforts, but the real change had to come from the province to ease its liquor license restrictions.

A permit for an outdoor liquor license is $660 and this would be a “huge financial burden” at this point, said da Silva.

Furthermore, under the current regulations, he would need to build large physical barriers for the seating area, also a costly measure.

Under the restrictions at the time, The Porthole would only have been allowed 15 people inside at a time, half the normal capacity.

In the end, it was all too much for The Porthole to bear, and it eventually closed permanently later in the year.

Rear View Mirror: Shooting in a quiet Richmond street, while a temple expansion feud rumbled on
Apr 25, 2021 9:31 AM