From the archives: Reflections on Dave Barrett 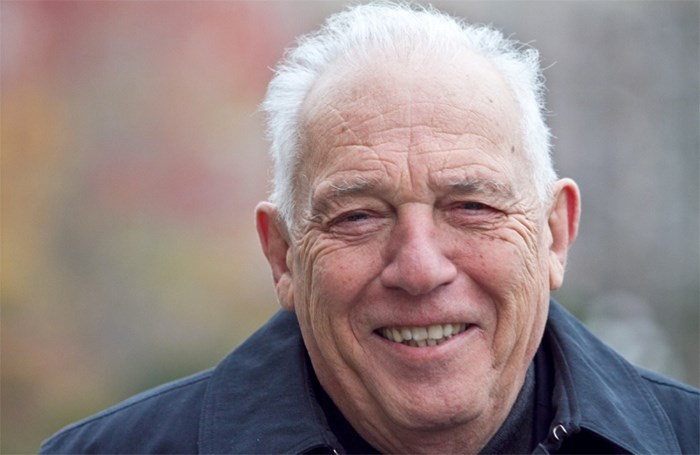 This column on Dave Barrett was published in the Times Colonist on Oct. 1, 2010, just before the former premier's 80th birthday. Barrett died Friday at the age of 87.

Dave Barrett is sitting at the dining room table in the Esquimalt home he shares with his wife, Shirley, reflecting on his political life.

Barrett turns 80 tomorrow. He has had a remarkable time — first elected more than 50 years ago at 29, the province’s first NDP premier at 41, already a crafty political veteran who infuriated foes one moment and had them laughing the next.

The “people’s premier,” they called him. Or sometimes “the little fat guy.” No airs, no bodyguards. A quick wit, fierce commitment, social worker, rugby player.

Always a politician in a hurry, the brash upstart outsider who dared to challenge the system. And change it.

But out of those three years came Insurance Corp. of B.C., the Agricultural Land Reserve, Pharmacare, the first guaranteed income program for seniors in the nation, a ban on use of the strap in schools, a provincewide ambulance service, Hansard and question period, and full-time MLAs.

Asked what he considered his greatest accomplishment, Barrett scarcely hesitates. It wasn’t any of the big new initiatives that transformed life in the province to this day.

Shutting down two youth jails — the Willingdon School for Girls and the Brannen Lake Centre for Boys, says Barrett, who had worked with young offenders behind bars before going into political life.

That gave him the greatest personal satisfaction.

“We had kids going into adult prisons,” he says. “There were boys in Brannen Lake as young as nine years old.”

Barrett is still filled with energy and life. That energy was a virtue and a vice in his years in politics. It helped him drive all those changes — a new bill passed, on average, every three days when Barrett ran the show.

But it also led to big risks and a style of government that seemed to leap at changes without a lot of pondering about the risks.

Kind of like rugby — and Barrett looks as if he could still play, since he is strong and quick on his feet. Aging can be cruel, though. Barrett’s memory isn’t as good as it once was, his quick wit is a little slower and his mind can play tricks on him.

But there are still flashes of the man who transformed the province after ending W.A.C. Bennett’s legendary 20-year reign.

Bennett epitomized one British Columbia — a small businessman from the Interior who left school in Grade 9 and taught himself everything he needed to know about business and politics.

Barrett’s victory signalled more than just a big political change in B.C. He was a child of the Depression, an economic downturn so dramatic that it defined the lives of virtually everyone who got through it.

His grandfather Isaac Barrett came to Canada from Russia in the 1880s and worked as an interpreter and merchant in Winnipeg, where Dave’s father, Samuel, was born in 1897.

Sam Barrett trained as a barber, but there was a war on. He enlisted in the Canadian Expeditionary Force a month after his 18th birthday and fought at Passchendaele and Vimy Ridge. He was gassed once and wounded twice.

On his return to Canada, Sam moved to Vancouver, where he met Rose, a recent arrival from southern Russia. They were married in August 1924; their son David was born on Oct. 2, 1930 in Vancouver.

Dave Barrett was shaped by those childhood years. His father peddled fruits and vegetables from a wheelbarrow. The produce was always fresh, Sam promised. And it was — at the end of every day, he would give to the poor anything he had not sold.

Dave attended two Jesuit universities in the United States — hardly the choice expected of a Russian Jewish kid from Vancouver — then started a career with the provincial government in social welfare work.

He started challenging the system. In 1959, he was fired because he sought a Co-operative Commonwealth Federation nomination for the provincial election.

He won the nomination and the election — and his political career began.

Fifty years later, in his dining room with its stunning views of Juan de Fuca Strait and a selection of fine art on its restored walls, Barrett doesn’t hesitate when it comes to a great influence on his life — Tommy Douglas, the former leader of the federal New Democratic Party. Douglas led the CCF, a forerunner of the NDP, to power in Saskatchewan in 1944, setting the stage for NDP governments in four other provinces over the years.

“I was cheeky, so I pushed myself closer,” he says. “I wanted to get to know him.”

How would Barrett define Douglas?

Thoughtful, powerful but kind, serious but humourous. And strong.

Every one of those attributes could be used to describe Barrett as well.

When Barrett arrived at the legislature, Bennett had been premier for eight years. Barrett’s father, Sam, would come to the legislature to watch his son in action and, remarkably enough, became friends with Bennett. Sam and Cec, as Bennett was called, were of the same generation, born within a few years of each other.

“Cec would damn David, but chum around with Sam,” Shirley Barrett recalls. (Bennett asked the senior Barrett several times if he thought his son was ready to be premier. At first, Sam said no, but finally told Bennett that young Dave was ready.)

No surprise that Bennett would be irked by Barrett, who was known for his sharp attacks and irreverent tactics.

In 1972, Barrett was tossed out of the legislature for five days because he had asked the same question 67 times, defying the Speaker’s order to quit. He was upset that a young woman had been been badly served by private insurers after her husband died from injuries suffered in a car crash, and he wanted an answer about what the government would do about it.

When he was allowed back in, his father was there to witness his triumphant return.

Bennett stole Barrett’s thunder by calling for a round of applause for Sam Barrett just as Dave was about to walk into the chamber.

There were political battles inside and outside the party, Barrett recalls. His government was denounced as left-wing — “the Chile of the north,” some said — while the B.C. Federation of Labour attacked him over back-to-work legislation ending strikes in 1975.

Barrett smiles and says his worst critics were around his own dinner table. His children, Dan, Joe and Jane, would regularly challenge him about what his government had done that day.

“They kept him grounded,” says Shirley, who in turn deserves more praise for Barrett’s successes than she seems willing to accept.

Barrett’s NDP government left a strong legacy here in Victoria. It funded the reconstruction and expansion of the causeway and harbour.

Barrett launched a restoration program at the legislature itself, which had been allowed to deteriorate over the years.

His interest in history is reflected in the home he shares with Shirley, his wife of almost 57 years. The home is said to be the first house commissioned to noted architect P. Leonard James.

The century-old Beaux Arts masterpiece was known as Stonehenge Park when it was built for John W. Lysle, who had been the purser on the steamer Chippewa. It was a key social venue in Esquimalt for many years.

The Barretts bought the home after the 1972 election. By that time, it was showing its age and had been marred by awkward change. The Barretts went to work restoring the home to its original grandeur and acquiring suitable furniture.

Barrett spends much of his time in the home. He maintains a keen interest in current events, although he is no longer politically active.

The state of the country today makes him wonder, he says. “I can’t understand why kids don’t have access to the best training courses and education anywhere.”

In three and a half years in power, Barrett introduced massive changes in our province.

And one thing is clear, as we chat across the table: He wishes he could have done even more.