It's a bird, it's a plane, it's...the International Space Station!

Have you ever wanted to know what it would look like to see the International Space Station in Vancouver skies?

Now, you don't have to imagine the outer space glory.

A Vancouverite shared a video of the large spacecraft passing over Crab Park on social media last week.

Redditor AGripInVan shared footage of what they wrote is the ISS passing over the Vancouver park Thursday (March 25).

Rachel Wong, an astronomer at the H.R. MacMillan Space Centre, confirms with Vancouver Is Awesome that the ISS was "definitely visible from Crab Park at the time that Reddit post was uploaded (March 25, 20:09:11 PST)."

Wong adds that she confirmed the sighting through the use of two apps: NASA's "Spot the Station" and the Stellarium Plus Mobile App.

Wong entered the Crab Park location, and mentioned that "looking at the max height and times at which the next few sightings are at, adds to my confidence in the object being the ISS." 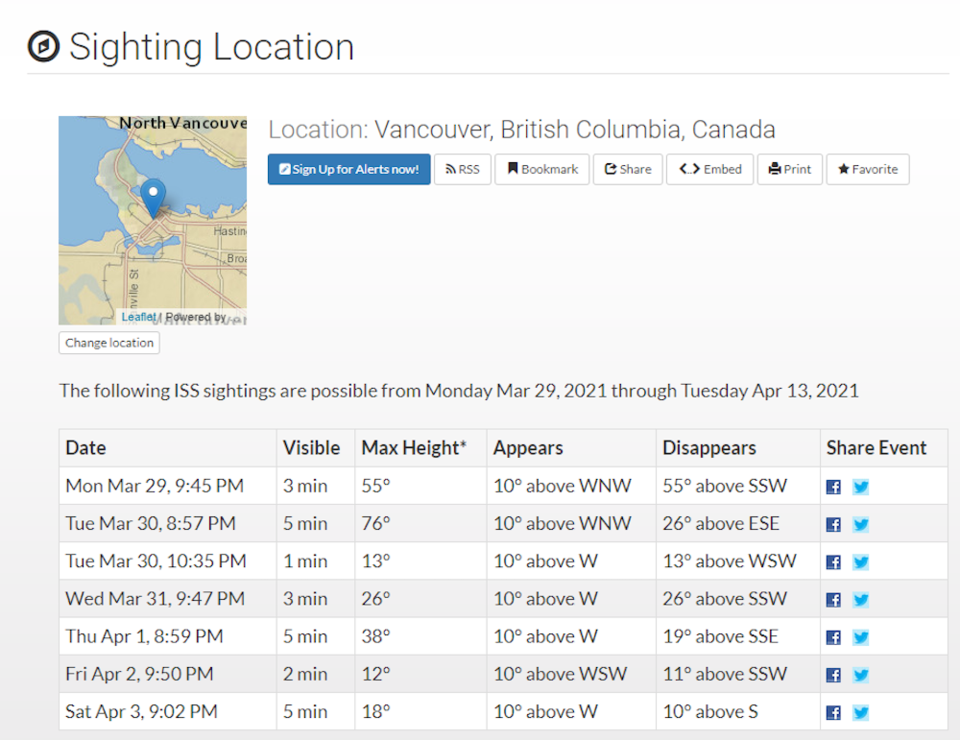 For the online planetarium with the Stellarium app, she entered "Crab Park Portside" as the location and adjusted the time to the Reddit upload time.
"Then in the search bar, I typed "ISS" and the program [auto-aligned] to the satellite." 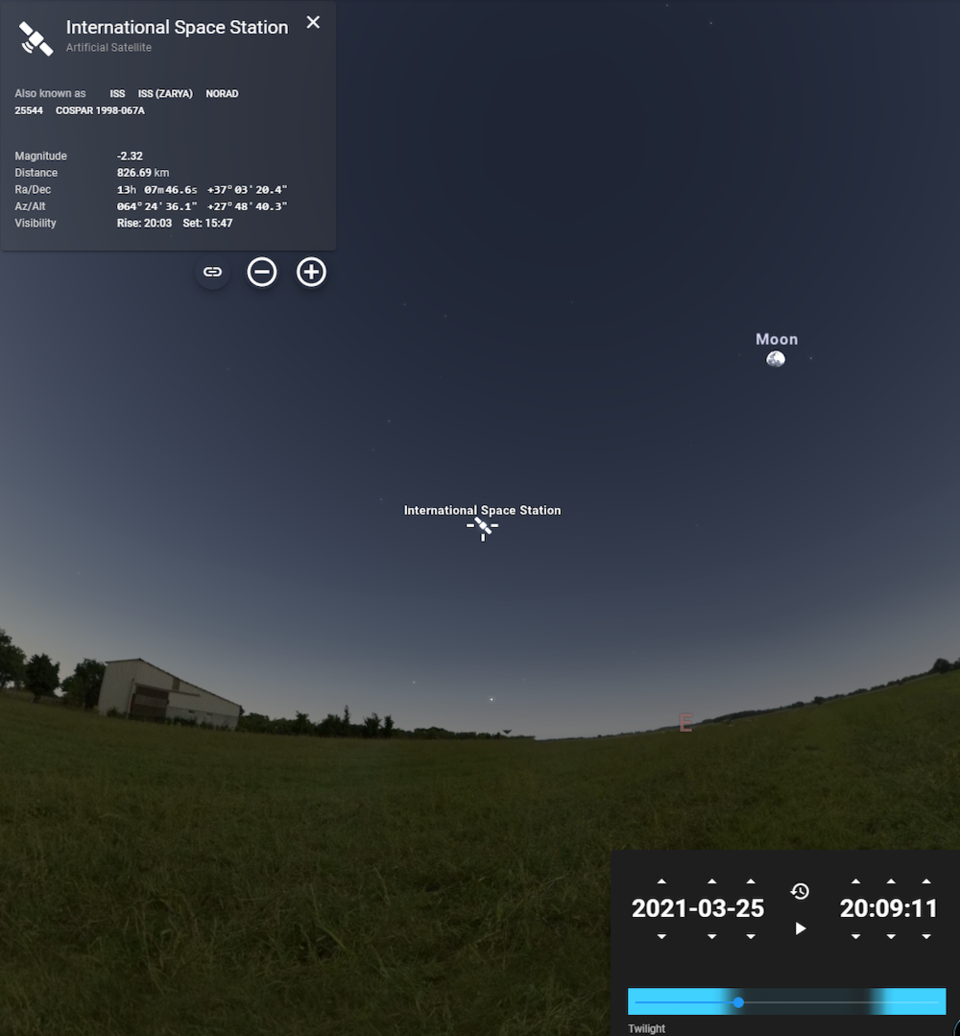 . By Photo via Stellarium Web

The football field-sized space station serves as a testbed for technologies and supports NASA’s mission to push human presence farther into space. Learn more about station updates and research.

You can view the International Space Station from Vancouver tonight
Mar 30, 2021 1:01 PM