It’s not the first time St. John Ambulance has refused to provide or pay for a sign language interpreter for deaf students in its courses, according to a B.C. Human Rights Tribunal complaint by the Okanagan Valley Association of the Deaf.
Cornelia Naylor Aug 30, 2018 3:25 PM

When Burnaby resident Granger Campbell signed up for a St. John Ambulance first aid course recently, his employer was ready to pick up the $160 fee, but Campbell couldn’t afford $900 for a sign language interpreter, so he had to cancel.

If he was a hearing person, the course would be on the building contractor’s resumé by now, and that’s frustrating, said Campbell. 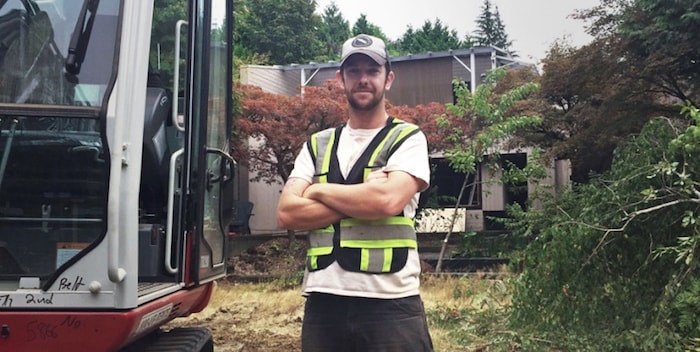 urnaby resident Granger Campbell, pictured here at a worksite in Vancouver, is frustrated that St. John Ambulance won’t provide a sign language interpreter for a life-saving course he needs to take for work. Photograph submitted

“For hearing people, it’s basically an all-access pass when it comes to life,” Campbell told the NOW during a video relay service phone call. “They really have no barriers when it comes to things like this. I have to constantly try to coordinate; I have to make calls; it’s time on my part to find interpreters, and they’re not always available, and I always have to think about the money factor, right?”

It’s not the first time St. John Ambulance has refused to provide or pay for a sign language interpreter for deaf students in its courses, according to a B.C. Human Rights Tribunal complaint by the Okanagan Valley Association of the Deaf.

“OVAD took on this case because enough is enough. Deaf people need first-aid skills just like everyone else. This could be a matter of life or death in an emergency situation,” treasurer Gordon Rattray said in a press release when the complaint was launched in January.

The complaint cites two occasions, in 2013 and 2017, when St. John denied requests for sign language interpretation to members of the deaf association’s Kelowna branch.

The life-saving organization’s Burnaby and New Westminster branches also denied a 2017 request from a counsellor at the B.C. School for the Deaf in Burnaby who had tried to arrange for a group of graduating students to take a basic first aid course, according to the complaint.

Susi Bolender told the NOW she never heard back from St. John when she emailed to ask why the request had been denied.

Preferred Interpreters gets a small provincial “community inclusion grant” that pays for about 50 hours per month of interpreting for the whole province for community-building events, like weddings, funerals and block parties – but that grant is a drop in the bucket, according to Bolender.

Bolender says private service providers need to be made to step up to give deaf and hard-of-hearing people equal access.

Kate Feeney, the lawyer representing Okanagan Valley Association of the Deaf in the human rights complaint, said deaf people have a right to sign language interpretation for both public and private services unless it would cause undue hardship for the service provider.

“It is therefore our view that St. John Ambulance – one of the largest and most recognized providers of commercial first aid training in Canada – is required to provide sign language interpretation to deaf students,” Feeney said.

She argued St. John could easily adjust its fee structure to fund the interpreters for the few deaf people who take the organization’s courses.

It’s been a thorny issue for years, according to Bolender.

“We are thrilled that OVAD is pursuing this human rights complaint on behalf of Deaf people across British Columbia,” said Kimberly Wood, president of the Greater Vancouver Association of the Deaf.

“The inaccessibility of St. John Ambulance classes has long been a source of frustration and pain in our community.”

Campbell, who has yet to secure funding for an interpreter, agrees.

“It needs to be fair,” he said. “It’s basic human rights. For hearing people, the accessibility is there, but for deaf people sometimes it’s not.”

St. John, which has unsuccessfully tried to have the human rights complaint dismissed, did not respond to emails and phone calls from the NOW.