Heated debate over sunscreen’s effects on body and environment

I recently asked what other parents’ sunscreen practices are on social media, and was blasted back with the power of a thousand suns.
May 27, 2019 2:59 PM By: Grant Lawrence

You may remember the viral commencement speech from the 1990s that started with two simple words of advice for graduates: “Wear sunscreen.”

Twenty years later, sunscreen has become ubiquitous in our warming, hot, sunny summers, even here on the supposedly soggy West Coast. The sun’s rays are harmful, we are told over and over again, and we need to protect ourselves. 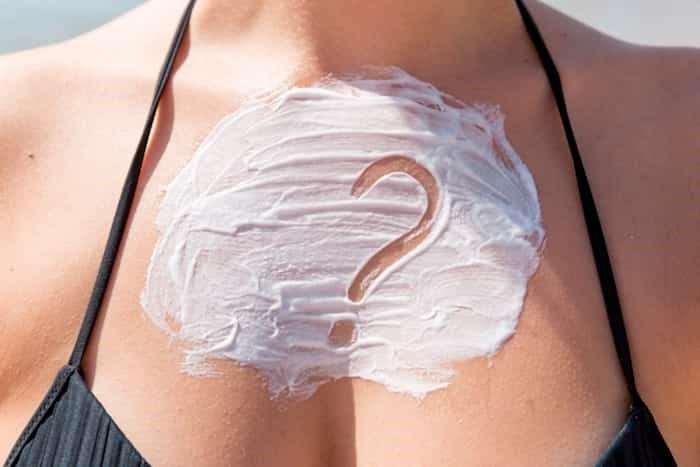 Although it helps protect your skin from burning, some sunscreens introduce unwanted chemicals to the environment. Photo iStock

The proof is in the death: almost everyone knows someone who has died from melanoma cancer (most cases are from sun exposure or the equivalent, while some cases occur from other means). As of last year, the U.S. Cancer Institute reported that melanoma cases have tripled since 1970. The most at-risk are white men.

So lather up, but with what?

Recently, we’ve been hearing more and more about both the unintended environmental and human health impacts of certain widely available sunscreens.

When a friend saw me lathering up my kids in SPF 60 before going to the park in the middle of the summer, he chastised me.

“Why would you smother your children’s skin in dangerous chemicals?” he questioned. “The rays of the sun are perfectly natural, and a valuable source of vitamin D.”

He pushed his point by saying, “In the heat of the day, cover up the kids with some comfortable, appropriate clothing. It’s much better for their health.”

I’ll clarify that this friend was extremely tanned, spends his winters in Mexico, and is not a doctor. But his words had an impact on me.

What is worse, covering yourself and your kids in a chemical sunscreen every day from mid-May to mid-September or none at all and risk dangerous solar radiation?

Is there a healthy alternative?

I recently asked what other parents’ sunscreen practices are on social media, and was blasted back with the power of a thousand suns, many parents jumping to conclusions, assuming I was not properly looking after my children — one going so far as to compare those that are anti-sunscreen to anti-vaxxers, and thought I was crowd sourcing opinions on my kids’ health.

Other parents’ responses ranged from “no sunscreen, ever” to “SPF 70 every day” to “UV-protected sun hats and clothing sold at MEC.”

When I asked what sunscreen brands parents chose, one response was “sunscreen is crazy expensive, so whatever is on sale,” while a few others swear by Goddess Garden, which uses natural plant-based ingredients and minerals as opposed to chemicals. Essentially, the thinking is that mineral-based sunscreens reflect the sun by sitting on top of your skin, whereas chemical sunscreens absorb into your skin.

One mother told me she makes her own sunscreen, based on a recipe that includes zinc oxide powder, coconut oil and other natural ingredients. (For the record, the Canadian Dermatology Association does not recommend making your own sunscreen.)

And what about the environmental havoc chemical sunscreens are supposedly reeking on oceans, lakes and rivers? Last summer, it was suggested by the Vancouver Sun that sunscreen could be the culprit in the “slowly dying” Cowichan River, the cumulative result of thousands of summer tubing enthusiasts leaving a sheen of sunscreen on the water surface that could be impacting all natural river life, from the insects to the fish, birds, amphibians and plant life.

Also last summer, Hawaii became the first U.S. state to ban sunscreens that contain oxybenzone and octinoxate, both of which have been proven to be extremely harmful and deadly to coral reefs.

At least the Cowichan River and other B.C. waterways and beaches get a break in the winter. In many tropical places, sunscreen-lathered bodies hit the water all year long. Key West has followed Hawaii’s lead, and it looks like Miami Beach is following (bathing) suit.

If you care, and you wear sunscreen, that’s a lot to consider for both your body, your kids and the environment.

Aaron Frisby owns the Tube Shack in Cowichan River and has found himself caught between business and ecology. He spent months researching the perfect sunscreen for his customers that won’t harm the river, and thinks he’s found it in a product called Sea2Stream.

Frisby says Sea2Stream is not only better for the waterway, it’s better for your body. It does not contain oxybenzone and other chemicals that could leach into your bloodstream. According to Sea2Stream, those chemicals could then also be passed through urine, sweat or breast milk.

Frisby told the CBC that any sunscreen containing oxybenzone is “not safe for rivers or reefs, and to be perfectly honest, not really safe to be put on bodies,” whereas he assures us that, after some trial and error, he is “100 per cent sure that Stream2Sea is safe for humans, fish and rivers.” He also pointed out that Stream2Sea’s bottle isn’t even plastic, but made from sugarcane resin, a biodegradable plastic alternative.

The widely available Goddess Garden also lists their sunscreen as “reef safe and biodegradable.” And mineral lotions are better than spray bottles.

So this summer, when you slop on the sunscreen at the beach, the waterpark or the river, please take a few moments to make sure your sunscreen is safe for you, your kids and our natural world. What is your choice?