These are the 10 most endangered sites in Vancouver, according to heritage watchdog

What is facing extinction in Vancouver right now?

A century-old schoolhouse. An iconic hospital in the West End. Historic street markings from Vancouver's earliest years. What is facing extinction in Vancouver right now?

Local preservation advocates Heritage Vancouver recently released its updated 2020 Top 10 list of sites across the city that are under threat of being gone forever.

As part of what the org is calling an unusual year, last September Heritage Vancouver put out a two-item list pinpointing not merely buildings or venues, but rather two more encompassing entities that could disappear from the city's fabric: Arts & Culture and Local Businesses.

To round out the list, Heritage Vancouver created a full Top 10, indicating not just those two robust sectors, but eight additional properties, design styles, city plans, and more.

When it comes to a site like St. Paul's Hospital, for example, the preservation group points to the "tremendous public history and identity tied to" the facility. This year, St. Paul's enters its last five or so years of use. The state-of-the-art replacement project for the crumbling 124-year-old hospital should be open by 2026, Premier John Horgan said in February 2019. In August 2020, Concord Pacific purchased the current St. Paul's property for $1 billion.

"Its move and the redevelopment of the site will mean substantial change to the character of the West End," laments Heritage Vancouver. "The fate of the architecturally important Burrard Building also remains uncertain."

Similarly, the little yellow wooden Henry Hudson schoolhouse is on the chopping block. Built in 1912, the structure at Cornwall and Maple in Kitsilano should be saved, says Heritage Vancouver.

"If no individuals, community groups, or organizations express interest in a partnership with the Vancouver School Board, or could take on moving the schoolhouse off the property, it will be demolished." 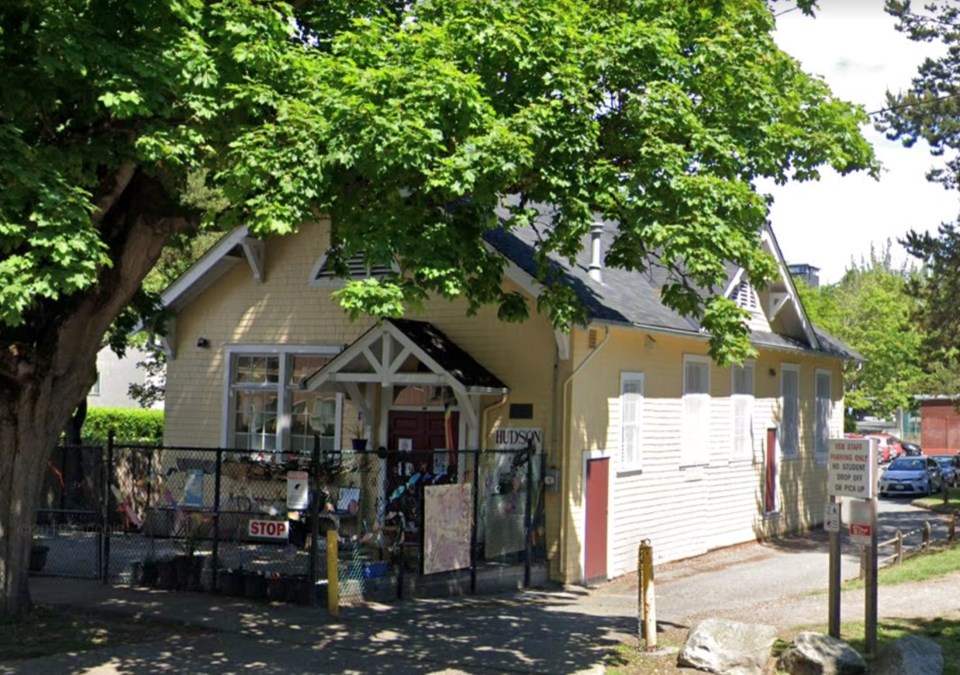 When it comes to entire neighbourhoods, Heritage Vancouver is once again putting the spotlight on False Creek South, which is on the Top 10 watch list for a third time. "[T]here remains great uncertainty around the aspects that make this a significant living neighbourhood," says the preservation advocacy group.

With its 1970s-era vibes, False Creek South is 80 per cent city-owned, and wheels were set in motion nearly a decade ago to discuss how to change the area.

"The urban design, housing tenure mix, housing affordability, architecture, access to the views and waterfront and the community identity of social responsibility, belonging and friendship all together make up value of False Creek South," says Heritage Vancouver.

"We also wanted to draw attention to some things that tend to be unnoticed by many people and have included an entry each on historic street elements and Postmodern architecture in Vancouver," explains the group of one of its more broader-reaching categories on the list. They point to things like granite pavers and remnants of our streetcar system, H-frame power poles, and sidewalk stamps - once standards in urban infrastructure - which have no policy in place to support their preservation.

"Once removed, the last surviving traces of Vancouver’s early municipal infrastructure will disappear to be viewed only in archival photographs."

You can read more about each item presented on Heritage Vancouver's current Top 10 list on the organization's website.

With a file from Jeremy Hainsworth/Glacier Media