This interactive map allows you to view Vancouver from space (PHOTOS)

The International Space Station affords a jaw-dropping perspective of the region.

Metro Vancouver looks beautiful up-close and personal, but the International Space Station affords some particularly jaw-dropping images of the region.

The European Space Agency (ESA) has released a stunning perspective of the region from the station taken from roughly 400 km overhead.

Thomas Pesquet, a French astronaut with the ESA, spent six months on the International Space Station as part of his second mission "Alpha."

In Pesquet's free time, he enjoyed looking out of the windows of the Cupola module at Earth, explains the ESA. This collage of pictures shows Vancouver made from "many pictures mapped together, digitally rotated and assembled into this large collage."

Thomas asked to have the series of highly zoomed-in pictures aligned into a collage to show the area in detail. The International Space Station flies at roughly 400 km in altitude so he used the longest lens available onboard: 1150 mm. 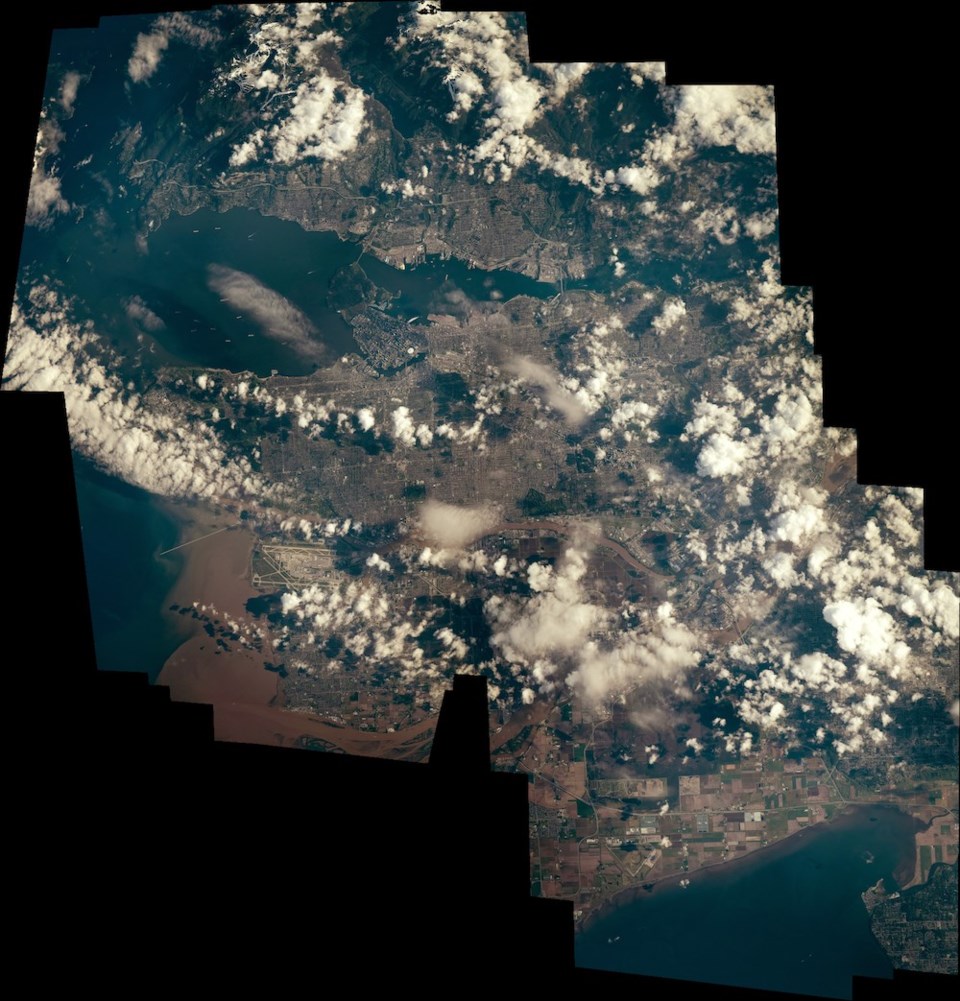 This collage of pictures shows Vancouver made from many pictures mapped together, digitally rotated and assembled into this large collage. Photo via European Space Agency

You can view an interactive map of the Metro Vancouver region from the station online.

How to view the International Space Station

Want to view the International Space Station up close and personal?

According to Space.com, it's somewhat of a commitment. It requires that you are in top physical condition and have at least a bachelor's degree in engineering, biological science, physical science, computer science or mathematics, as well as three years of professional experience before you are even considered for the selection process.

With this in mind, only a diehard astronaut hopeful will commit to this lengthy and demanding journey. However, you can still view this marvel of human ingenuity from a distance with both feet firmly planted in Vancouver soil (or grass, or pavement - you get the picture). In fact, the International Space Station is viewable from the Lower Mainland on numerous occasions - but you'll have to know exactly where and when to look for it.

So, what exactly does the International Space Station look like?

The football field-sized space station serves as a test-bed for technologies and supports NASA’s mission to push human presence farther into space. Learn more about station updates and research.