The Trans Mountain pipeline project has been delivered a stunning blow by the Federal Court of Appeal.

In a ruling released this morning, the court said the National Energy Board did not properly consult First Nations about Kinder Morgan Canada’s Trans Mountain pipeline project. 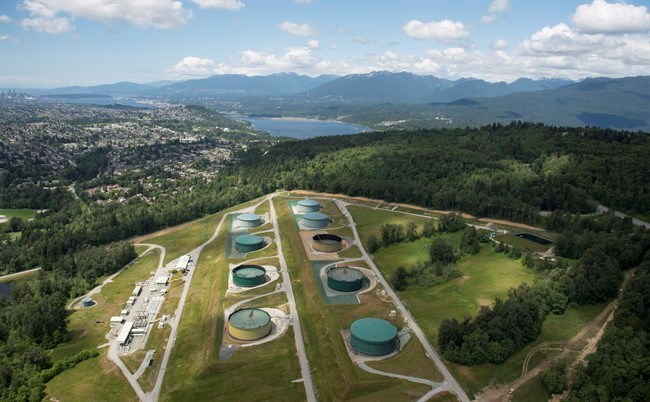 The ruling said that during the NEB permit process, Canada acted in “good faith” when consulting but later fell “well short the mark” in properly consulting First Nations during the third and final stage.

The decision will require the NEB to restart its review of the expansion project.

The ruling came within hours of Kinder Morgan Canada Ltd. shareholders voting more than 99 per cent in favour of the sale of the Trans Mountain pipeline and its expansion project to the federal government for $4.5 billion.

The ruling was met almost immediately with calls from Indigenous groups to stop the project one and for all.

“This decision reinforces our belief as a nation and as part of the coastal communities in which we live that the Trans Mountain Expansion Project must not proceed and we tell the Prime Minister to start listening and put an end to this type of relationship,” Squamish councillor and spokesperson Khelsilem said in a statement. “It is time for Prime Minister Trudeau to do the right thing and stand by his words.”

That call was echoed by the Union of BC Indian Chiefs (UBCIC).

“Canada is buying Kinder Morgan’s assets for a dirty fossil fuel expansion that just got quashed and is left the owner of an antiquated pipeline in need of repairs,” said UBCIC Grand Chief Stewart Phillip. “This verdict is one in a long line of recent Canadian court decisions that carve out the new legal space around Indigenous Title and the Rights that derive from them, for which we’ve been fighting relentlessly— and winning— for decades.”

It was that relationship between the state and First Nations that ultimately led to the decision.

“Canada failed in Phase III to engage, dialogue meaningfully and grapple with the real concerns of the Indigenous applicants so as to explore possible accommodation of those concerns,” the decision reads. “The duty to consult was not adequately discharged.”

“Missing was a genuine and sustained effort to pursue meaningful, two-way dialogue. Very few responses were provided by Canada’s representatives in the consultation meetings … More was required of Canada.”

The decision “quashed” the government’s 2016 approval of the pipeline, which was based upon on those flawed consultations, the court ruled.

The project and Kinder Morgan had won a long string of court cases related to the project, but this ruling covered a wide range of lawsuits. The case combined nearly two dozen lawsuits calling for the NEB's review of the project to be overturned. First Nations, including the Tsleil-Waututh and Squamish on British Columbia's south coast, argued the federal government did not adequately consult them before the energy board review or the cabinet decision to approve the project.

The ruling also outlined another flaw in the NEB process – saying that a “critical error” was made in regards to the consideration of tanker traffic in waters around Burnaby and Vancouver, and beyond.

“The unjustified exclusion of marine shipping from the scope of the project led to successive, unacceptable deficiencies in the [NEB’s] report and recommendations.

That exclusion made the NEB report unreliable for the government when assessing the project, the court found.

“Of course we’re very happy with the decision,” Burnaby Mayor Derek Corrigan said, adding that the ruling is “one that I think reflects many of the issues that we have raised throughout the hearings.”

Corrigan pointed to the NEB’s decision to “artificially cut off consideration at the inlet” as the critical factor in the decision.

“We were certainly complaining bitterly about that,” he said.

Corrigan said he doesn’t think this ruling will put the nail in the coffin of the proposed expansion project, but he said it remains a “victory for opponents of the pipeline.”

“We’ll see what the federal government decides to do,” he said. “Things are unpredictable at this stage.”

Andrew Weaver, leader of the B.C. Green Party and an intervener in the NEB hearings, says the ruling shows the federal government ignored flaws in the NEB’s report.

“I am particularly glad to see the court's judgment that there was an unjustifiable failure at the heart of the federal government's approval of this project: the failure to assess the impacts of marine shipping on the environment. This was an outrageous omission on the part of the federal government that flies in the face of their stated commitment to evidence-based decision-making. The NEB acknowledged that the marine traffic from this project posed significant harm to the endangered Southern Resident Killer Whales. The government must now justify to Canadians, and to the world, why it is willing to herald the death knell of this irreplaceable species if it continues to pursue this project.”

A ruling in the Indigenous groups' favour would be likely to kill the multibillion-dollar pipeline expansion that Canada has offered to purchase, said George Hoberg, a public policy professor at the University of British Columbia, in an interview before the decision was announced.

"If the Federal Court strikes down the permit authorizing the pipeline because of inadequate consultation, or for another reason, then I don't see how the pipeline project can proceed — unless or until the Supreme Court reversed that decision," he said.

The decision is likely to be appealed to the Supreme Court of Canada either way, Hoberg predicted, and another 18 months to two years will pass before it's settled.

Environmental groups and the cities of Vancouver and Burnaby also challenged the project in Federal Court last November. They were supported by the province of British Columbia, which was an intervener, as was Alberta. The province's lawyer said Ottawa's decision to approve the pipeline's expansion between Edmonton and Metro Vancouver was based on a broad base of evidence that considered environmental, economic and Indigenous interests.

Kinder Morgan shareholders are set to vote today (Thursday) on whether to approve the sale of the pipeline and expansion project to the Canadian government for $4.5 billion.