The non-profit group Mosaic launched a online hub for trans and gender diverse newcomers this week, filling a gap the organization says will help trans people settle in when they first arrive in Metro Vancouver.
Mar 4, 2019 7:20 AM By: Tri-City News

The non-profit group Mosaic launched a online hub for trans and gender diverse newcomers this week, filling a gap the organization says will help trans people settle in when they first arrive in Metro Vancouver.

“The issues and the challenges that are facing trans newcomers are different,” Mosaic’s Dianna Lee told The Tri-City News. “A lot of the newcomers that come here are from home countries that are intolerant or where it’s illegal.” 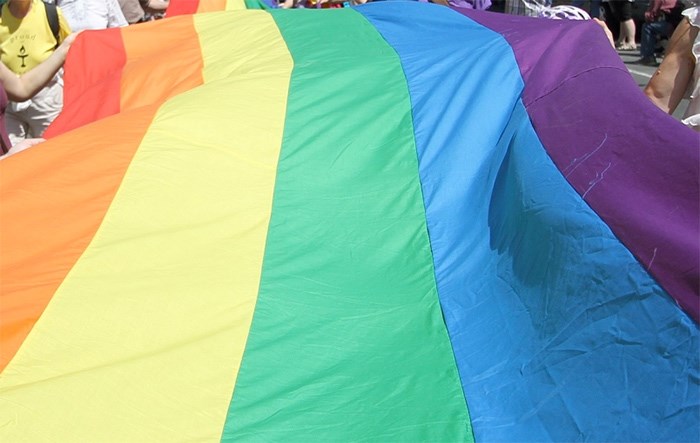 The rainbow flag is a staple in Gay Pride parades all over the world. The colours are intended to reflect the diversity of the lesbian, gay, bisexual and transgender communities. Photo by Adrian Lam/Times Colonist

The Trans Newcomers Online Resource Hub has been in the works since the end of last September, when Mosaic won funding from Trans Care BC — a provincial-wide information system to support transgender health — and set about bringing in members of the trans immigrant community to spitball what the online portal should include.

In the end, the group pulled together a list of resources to navigate their new life, such as trans-friendly housing, English classes, and the best places to access hormonal treatment.

“Still, there are many folks who are homophobic or transphobic,” said Darae Lee, Mosaic’s acting senior manager for settlement. “So it can be settlement related or it can be just a simple question about where are the places to hang out, where the grocery stores are.”

Having an online hub can be especially important in communities like Coquitlam, Port Moody and Port Coquitlam, where trans people don't have the same access to resources as those in Vancouver, said Nicola Spurling, the president of Tri-Cities Pride.

"It's severely lacking," said Spurling. "Even Surrey has more resources than we do."

What it means for newcomers

When Mosaic launched the website on Feb. 28, Norma L.* was in the audience listening. From ISSofBC and Rainbow Refugee to Mosaic, Norma has been a regular at community meetings since she flew in from Lebanon in December.

Back home in Beirut she was a trans activist, helping trans refugees as they swelled into the country with the rest of the asylum seekers fleeing the Syrian war.

“I used to help them when they wanted to travel or seek asylum in other countries,” Norma toldThe Tri-City News. “What I used to do [was] help other people, now I help myself.”

The irony is not lost on her, but neither were the threats she faced from police, the government and even her family for speaking out.

Norma said she always lived a triple life in Lebanon — one at home, another with the gay community (she began to transition into a woman about two years ago), and a third part of her, “the truth of who I am,” she said, “I had to live that alone.”

It took Norma two years to realize just how much danger she was in. By then, she would regularly get called into police stations after officers had searched the phones of other trans people and, as one of their few public advocates, found Norma’s name and phone number. She had a target painted on her back, she said.

“[My family] said it's better for me to leave and never come back. Because if I will ever come back, you know..." she said.

Norma arrived at YVR and claimed landed refugee status. As she waits the six or seven months for her immigration hearing, she says she’s been lucky to have a small community of Syrians and Lebanese to help her get oriented and adjust to a new life in a new city.

Now Norma is looking for ways to give back, and says she would like to help Mosaic translate the website into Arabic (Mosaic says it plans to have Farsi and Spanish versions, too).

But for others, isolation can be one of the biggest problems, especially when someone comes from a country where being trans is dangerous or illegal. Breaking that sense of isolation, said Mosaic’s Darae Lee, is something the new online hub is meant to tackle.

*The Tri-City News did not use Norma L.’s legal name due to concerns for her safety. Norma is the name she chose for herself after transitioning into a woman.

One of the brightest meteor showers of the year is set to dazzle Vancouver skies
Aug 3, 2021 3:41 PM