Meet 4 TransLink employees who keep transit running during the pandemic

Today is Transit Operator and Worker Appreciation Day, which is a day to celebrate the hard work of transit employees during "I Love Transit Week."

While TransLink has implemented several changes to protect its employees as well as the public at large, transit operators and attendants put themselves at risk to provide vital transportation to people across the Lower Mainland.

Today is Transit Operator and Worker Appreciation Day, which is a day to celebrate the hard work of transit employees during "I Love Transit Week."

Have a look at four TransLink employees with different positions in the enterprise who have helped keep transit running during the pandemic.

Senior TravelSmart Specialist Benson Chin has been working for TransLink since 2002. He started as a consultant after the completion of the Millennium Line project to help TransLink launch the new line, and became an official TransLink employee in 2007.

"My favourite part of my job is working on things that make a difference in the lives of Metro Vancouver residents," said Chin. "I never realized how much impact TransLink has on the region until I started working here.

"We help move people and goods that not only impact locals in Metro Vancouver but also people across the country." 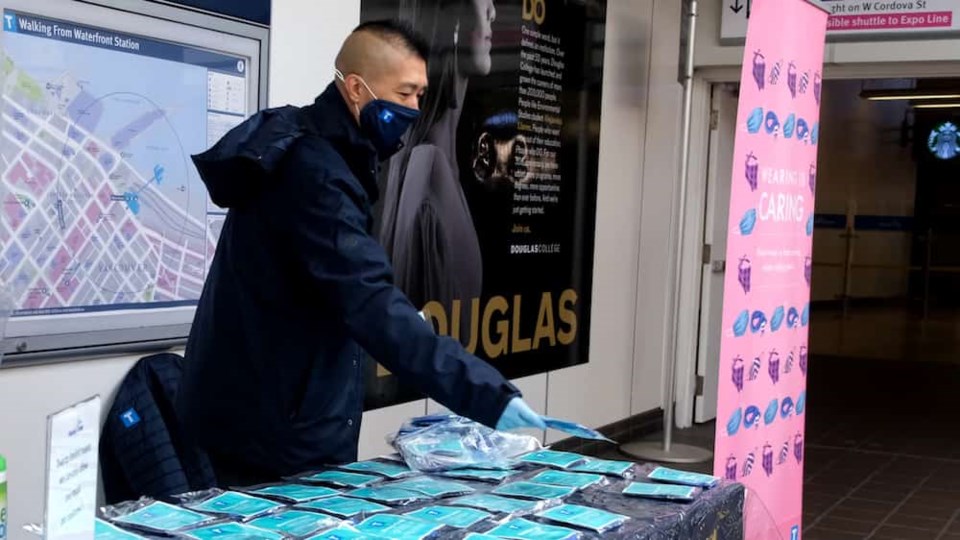 Chin said the biggest way in which COVID-19 has affected his day-to-day work is the safety protocols he needs to follow to ensure that his co-workers and the general public are safe. That said, he noted that the majority of customers are extremely receptive and happy when he provides them with a mask.

"People find our masks very comfortable and stylish. We even have customers that come out to try to collect the entire set," he explained.

Outside of work, Chin has had to limit his face-to-face contact with friends and keep his social circle small: "Team sports were important to me and with the pandemic that has put a damper on things."

As a TransLink HandyDART driver for 12 years and counting, Stephanie Shepherd said her favourite part of her job is the people she works with, the clients and the passengers.

Shepherd explained that due to COVID-19 she has changed the way she interacts with people: "I loved being able to be close to [the customers], hugs. I can still show them I care, it is just done a bit differently now, like with elbow bumps and toe-kicks."

Other than the way she interacts with passengers, she says her role is the same.

"Fewer passengers, wearing masks and gloves. Otherwise, I do my job the same." 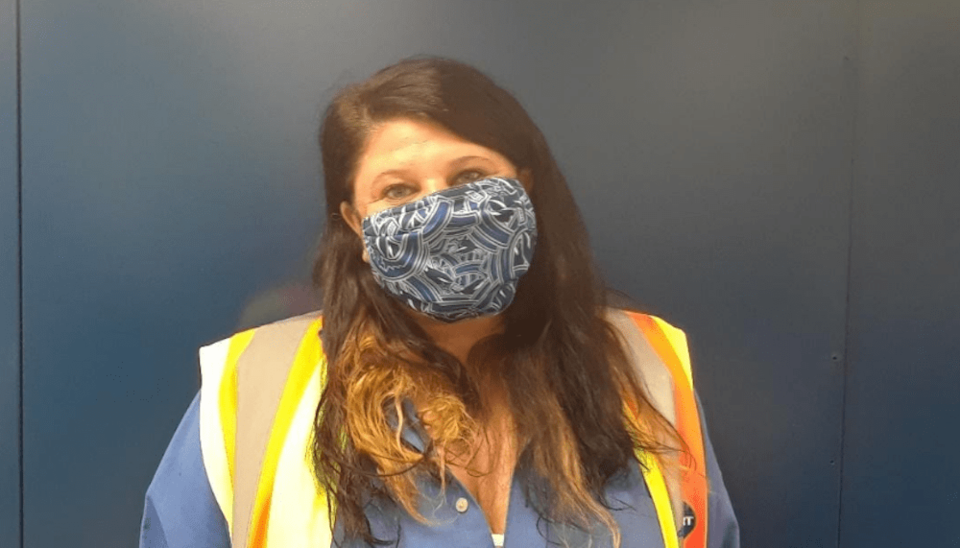 Shepherd adds that she hasn't been able to visit her parents due to the pandemic and that she isn't able to be carefree and outgoing. Now, she shops weekly instead of daily and tries to minimize the number of times she leaves her house.

"I want people to know that negativity speaks louder than positivity so be positive.  Be yourself, stay kind, we are all in this together.  Not just the HandyDART folks but everyone," she said.

Stephanie Harborne works as a Customer Service Assistant for the West Coast Express, and she's worked for TransLink for the past three years. She said one of her favourite parts of her job is hosting the transportation agency's annual Santa Trains.

"For the past three years, I’ve had the privilege of planning and decorating for the events with my supervisor. I get dressed up as Santa’s Helper every year and get to enjoy a day of festivities with all of our West Coast Express riders and staff," she explained.

"I look forward to these events every year and try to think of new fun and creative ways to change up the event! Watching all the excitement in the kids’ (and their parents’) eyes truly makes the season that much more magical." 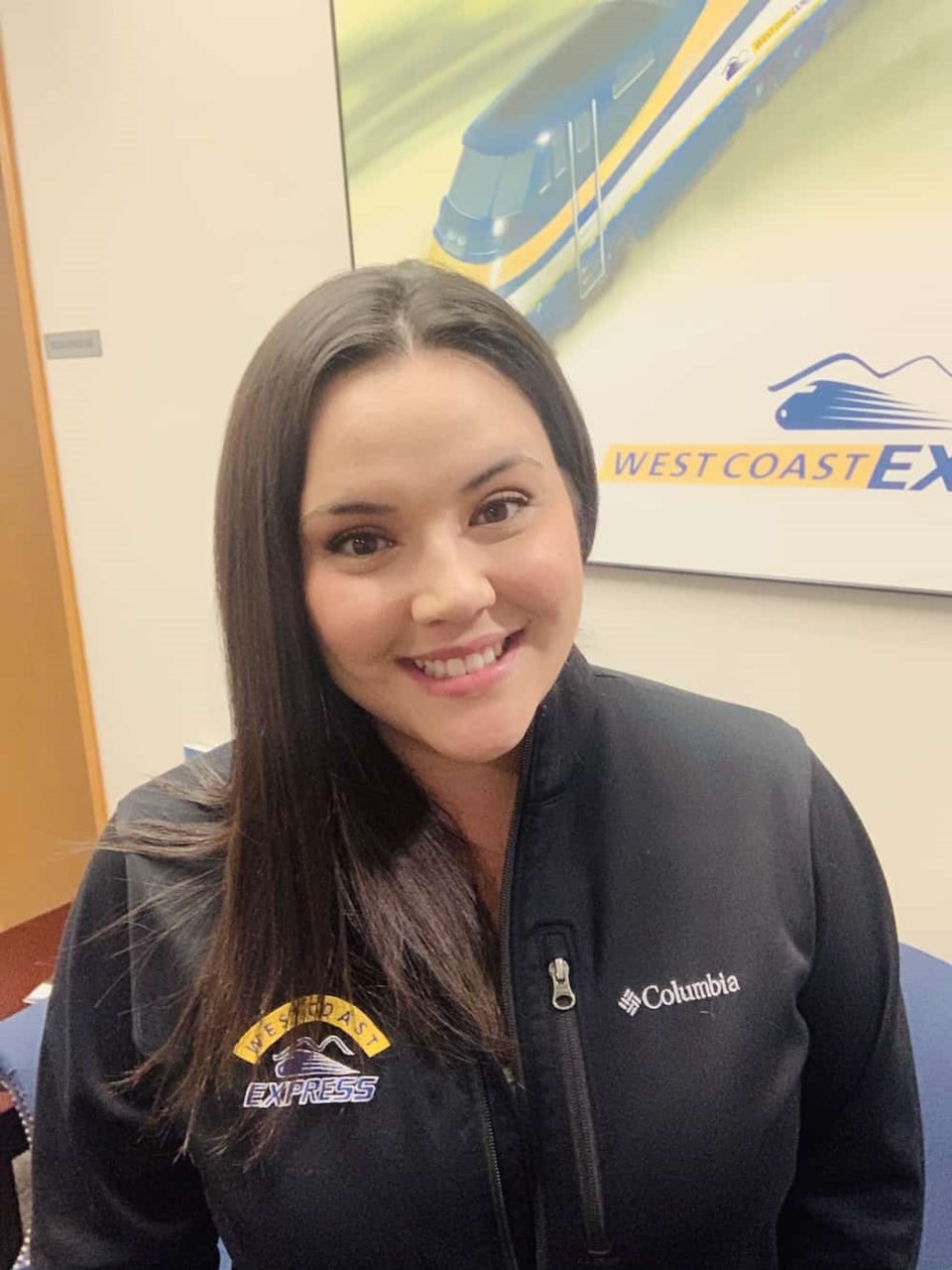 During the peak of the pandemic, Harborne said the office was forced to close for two months. While the office was closed to walk-in customers, she says the staff found other ways to continue to help, such as over the phone or through email.

"Before we could reopen our doors, we had to make a few adjustments and adapt to this 'new normal'. I have learned that you have to be flexible and able to adapt to anything that is thrown your way, and to always have my mask and sanitizer on hand!"

Before she worked at TransLink, Harborne worked in the make-up industry. She said she enjoys having a normal schedule in her current role, as well as learning about an industry she never thought she would be so passionate about.

"Working here has shown me that growth within a company is achievable and truly something to strive for."

SkyTrain Attendant Simon Crimp has worked for TransLink for nearly 25 years; his work anniversary is Nov. 6. He said his favourite part of the job is interacting with customers and trying to provide them with the best possible customer service.

"I am now more safety-aware when dealing with customers/passengers by making sure we observe social distancing as much as possible," he explained. "Also, we no longer show up at our normal report locations at the start of every shift, but report directly to our assigned stations on the line instead to reduce the number of people we come in close contact with." 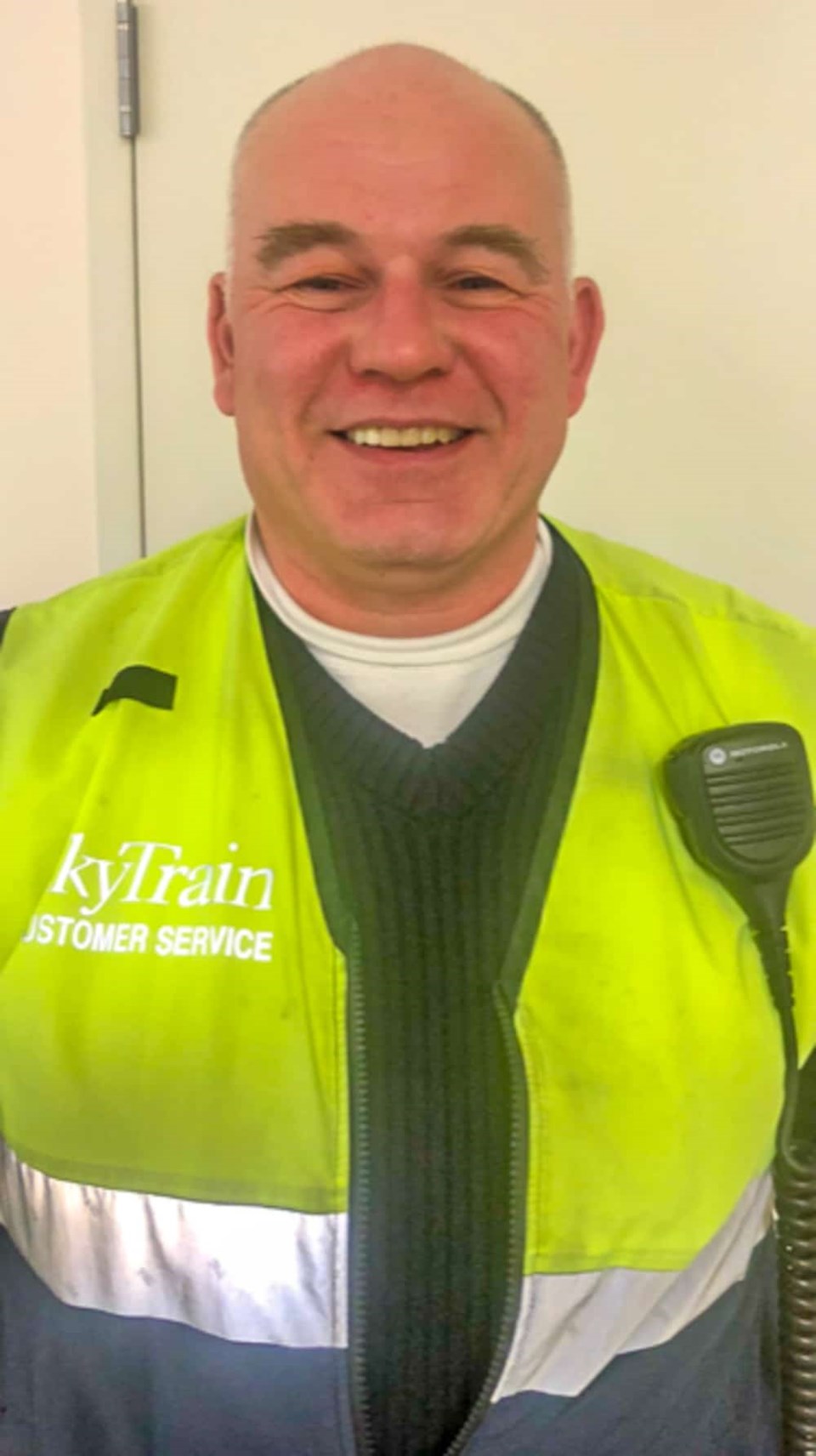 Before working at BCRTC, Crimp worked in a customer service role that was also in transportation.

"Besides having a Military background, I did work in the local Marine Industry for the Canadian Coastguard in Marine Search & Rescue, and the BC Ferry Corporation.

"So basically I went from boats to trains."

TransLink is making face masks mandatory on board all transit vehicles
Aug 6, 2020 11:10 AM