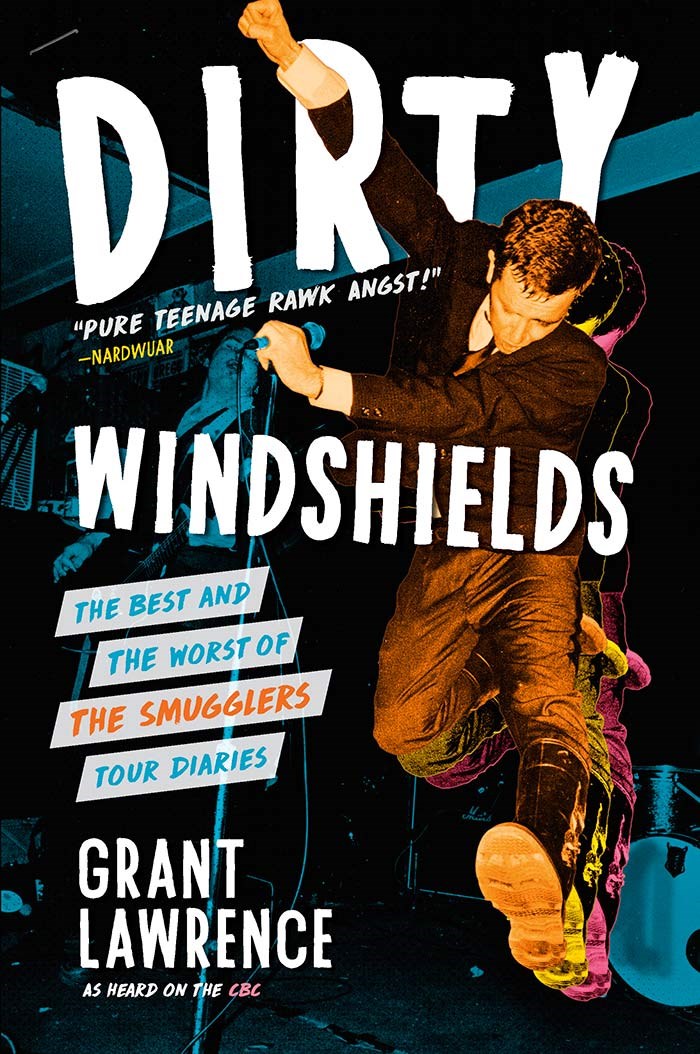 Pulling from Lawrence’s personal tour diary, Dirty Windshields provides unique insight into life as a touring independent band and all the pride/shame that goes with it. Included in the memoir are the band’s run-ins with more than a few rock n’ roll heavy hitters, including the Gruesomes, Mudhoney, Fugazi, the Mummies, the Muffs, the Donnas, Cub, the Hives, and more.

You can now pre-order Dirty Windshields at http://grantlawrence.ca/writing. Each order comes with a personally signed copy of the book, a download code for "Dirty Windshields - the Soundtrack: the best of the Smugglers" (Mint Records) and a

vintage Smugglers trinket. Pre-orders are only available until April 15th. The book will be released by May 13, 2017 on Douglas and McIntyre Publishing.

To celebrate the release, The Smugglers will actually reunite for their first hometown gig in 17 years. The book launch/stacked punk rock line-up will take place at the Commodore Ballroom and feature acts, Needles//Pins, Chixdiggit and the Muffs.

For more details on Grant’s work, visit his website HERE.