Vancouver's famous clock master is in hospital and needs your help

The family of Canadian clock master Raymond Lee Saunders, who made the world famous Vancouver Gastown Steam Clock in 1977, are calling on the public to help their dad in a time of need.
Elisia Seeber Sep 19, 2019 1:57 PM

The family of Vancouver clock master Raymond Lee Saunders — who made the world famous Gastown Steam Clock in 1977 — are calling on the public to help their dad in a time of need. 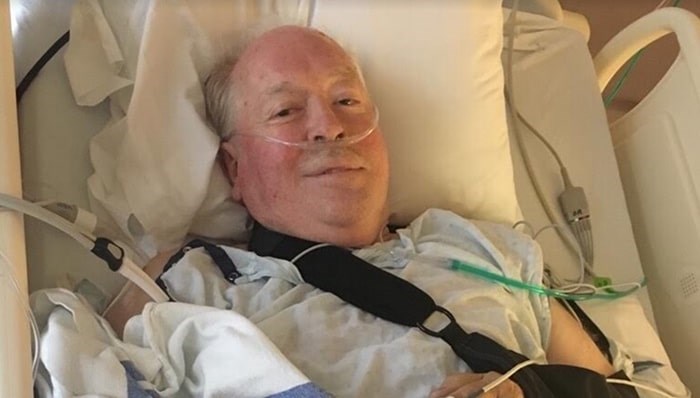 The well-known 79-year-old was seriously injured on Thursday, Sept. 12, after falling 15ft off a ladder while working on a clock in Trenant Park Square in Delta, B.C.

He is currently being treated at Vancouver General Hospital for a fractured pelvis, a broken vertebra (L1), three cracked ribs, a nicked spleen and iliac artery, and a badly dislocated and fractured left shoulder. Saunders has so far had three separate surgical procedures and spent five days on the trauma ward.

The major accident means Saunders, who is yet to retire from the job he loves dearly, won’t be able fulfill his contracts or make a living.

A close friend of the family has set up a Gofundme page to help cover the costs of his long recovery and to fund his living expenses. In just one day, donations have almost reached $5,000. 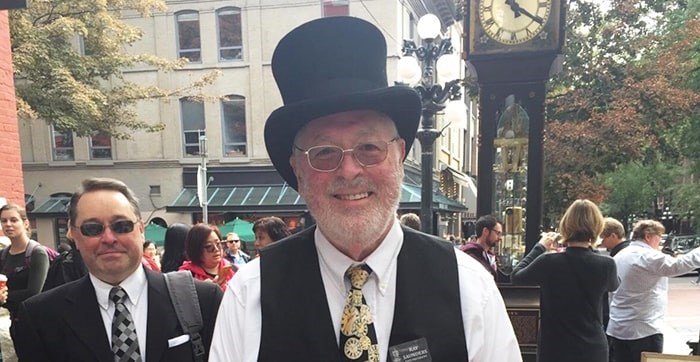 It’s expected he will be recuperating from the accident for about six months — to a year — if no complications develop.

The family hopes to raise $100,000, to cover expenses for a year and mobility adaptations to his apartment.

"If everyone, who's ever taken a picture of dad's steam clock in Gastown, donated just $1, we would raise our goal to help him,” his daughter, Kate Saunders said.

While Gastown’s Steam Clock is enjoyed by millions of people every year, Saunders has never received royalties from any of the millions of photos, album covers, t-shirts and other items with pictures of his famous clock.

He has instead spent tens of thousands of his own money and time on this and other clocks, without compensation, for the love of providing Landmark clocks for the enjoyment of the public. 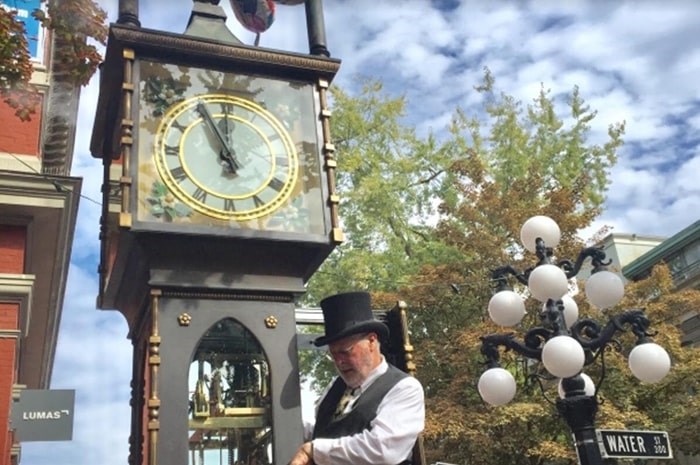 His children, Jim, Marion, Julia, Kate and Stevan said in a statement that their dad “has always been a giver, first and foremost.”

“From his charity work to leaving a lasting legacy, at personal cost, to the world through his creations and clocks,” they said.

“He has been a selfless ambassador of this city for decades.  Income was never a concern as he always had things in the pipeline to cover his cost of living and his generous giving.

"Now he needs some help as much as he will hate to admit it."

Known around town as ‘The Father of Time’, Saunders has built over 250 clocks in his career, with a total of seven Steam Clocks: several in the Lower Mainland, as well as one in Australia, one in Indianapolis and two in Japan. 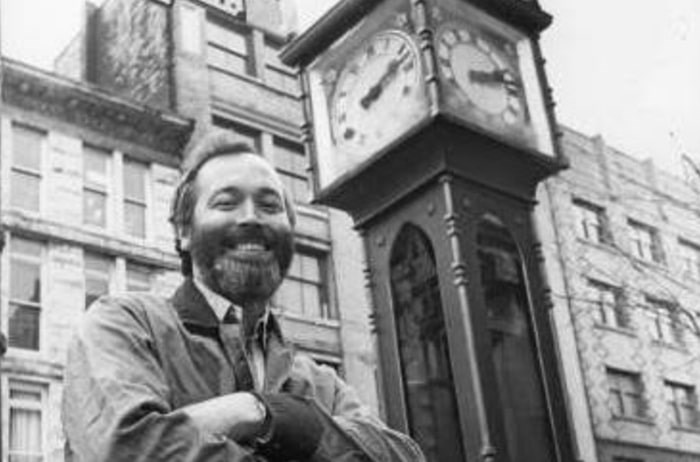 While he has a long road to recovery, Saunders hasn’t lost his cheerful spirit, already setting a goal to “return to making my metal art” and managing the clock projects he has contracts on, if all goes well with his mobility.

To donate go to 'If I could turn back Time' Campaign for Ray.