'The appalling behaviour of some of the commenters further reiterates the need for our anti-racism work,' the municipality said
Sarah Grochowski Sep 25, 2020 2:14 PM

Vancouver City representatives heard the concerns of Black and African diaspora during a virtual town hall on the topic of anti-Black racism Thursday.

However, the event didn’t go as planned – as a select group of people hijacked the live stream’s real-time comments feature to spew hateful and despicably racist ideologies, the city acknowledged Friday afternoon.

“We are both appalled and deeply disappointed by the racist, hateful comments posted to YouTube and Instagram during our virtual town hall,” the city posted on Twitter.

Initially, comments on YouTube and Instagram live streams were enabled to "provide a platform for thoughtful comments and questions to the panel,” the city said.

While we were closely monitoring these comments, it quickly became clear that some members of the public were taking the opportunity for dialogue and turning it into a platform to further their racist and hateful views. This was despicable. /3

After the thread was swarmed by hate speech – including people adamantly denying the existence of racism and the lived experiences of Black Vancouver residents in the town hall – the municipality disabled the comment feature on both social media live streams:

“We made the decision to turn off the comment feature, only to see it spread that hatred spread to other social media channels,” said a city spokesperson.

"The appalling behaviour of some of the commenters last night further reiterates the need for our anti-racism work," it admitted.

Vancouver residents took to social media Thursday to express their outrage with the city for not moderating the comments section better: 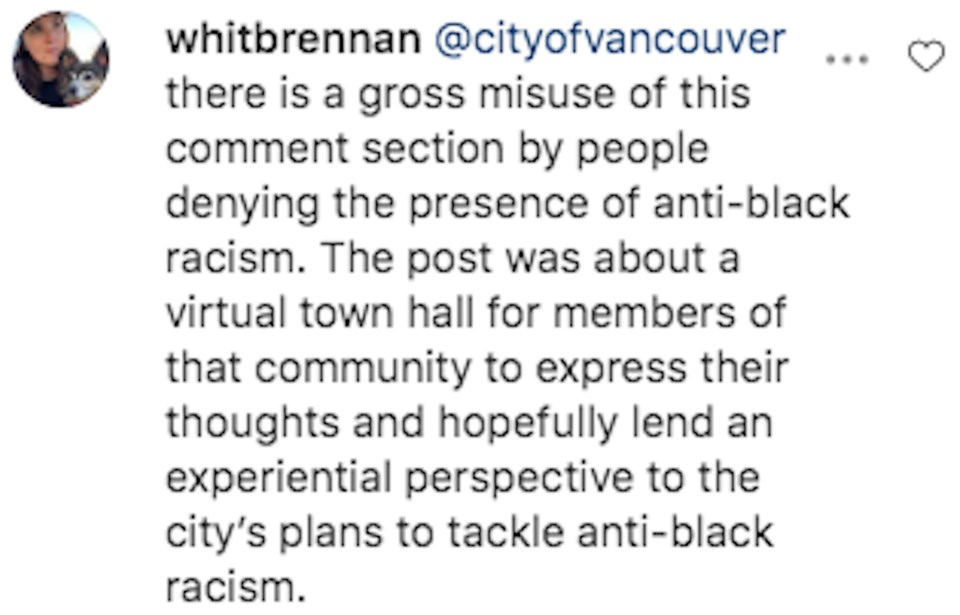 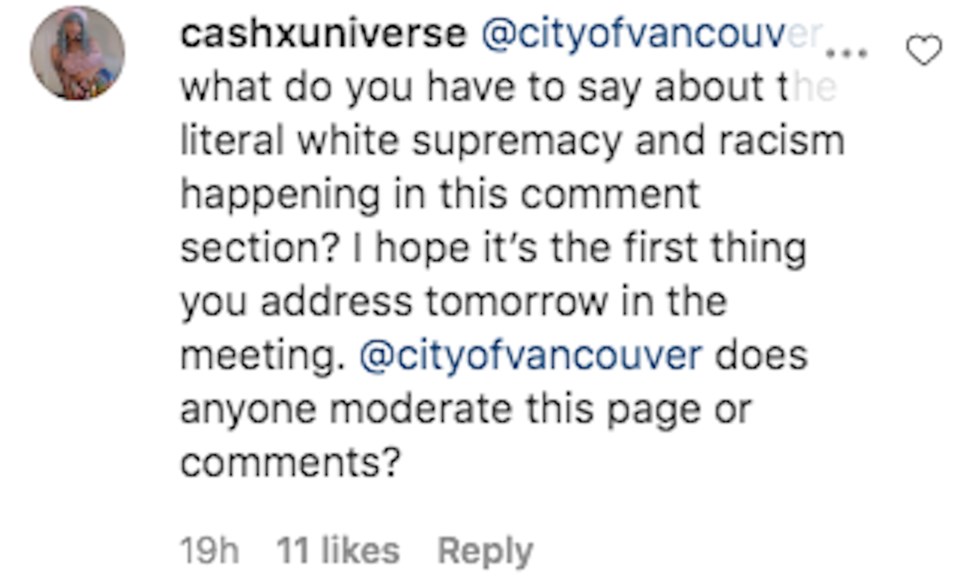 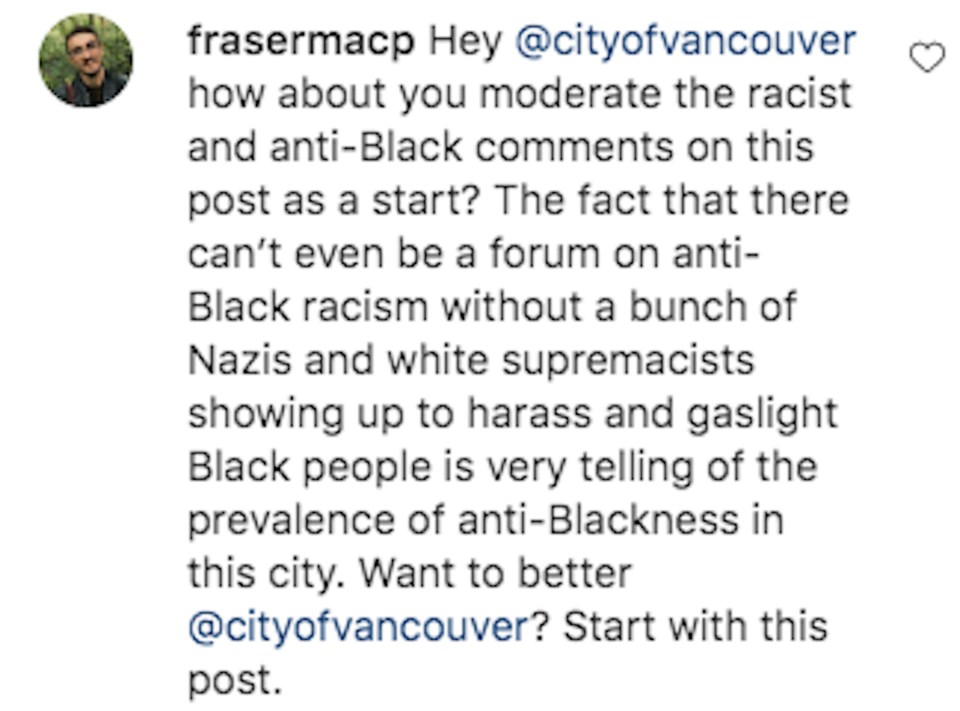 Thousands of peaceful protesters gather in Vancouver to speak out against racism (PHOTOS)
Jun 1, 2020 8:20 AM