Can Vancouver’s music scene be improved by a committee?

Matt Roach argues the Vancouver Music Strategy should address the livelihood of smaller venues such as the Rickshaw and the Biltmore, which are at a greater risk of closing than some of the city’s more established venues Photograph By DAN TOULGOET Lo
John Kurucz
Apr 3, 2018 4:45 PM 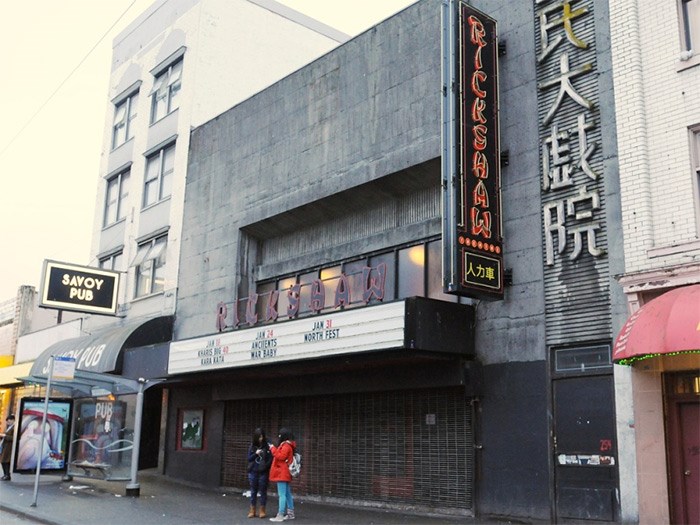 Matt Roach argues the Vancouver Music Strategy should address the livelihood of smaller venues such as the Rickshaw and the Biltmore, which are at a greater risk of closing than some of the city’s more established venues Photograph By DAN TOULGOET

Lost in last month’s Junos buzz and requisite celebration of artists near the top of the industry food chain, the city issued a news release March 22 about the state of an ongoing piece of public policy called the Vancouver Music Strategy.

The news release was rife with congratulatory praise for Vancouver’s musicians, creators and the state of arts and culture across the province.

Enacted in early 2016, the strategy’s final recommendations go to council in the summer to “increase the integration and awareness for the music industry by the city.”

Sandra Gajic is the director of the Vancouver Civic Theatres and co-chair of the strategy. In an interview with the Courier, she clarified what that statement means.

In short, the city needs a consolidated strategy that spans departments — engineering, bylaws, social policy and business licensing — to serve as a one-stop show for anyone in the creative sectors.

OK, but what will the end deliverables look like?

“It’s premature for me to say much, as we are working on recommendations which we are going to be going to council with in July,” Gajic said.

The strategy is led by an eight-person steering committee that was struck in the summer of 2016. Outside of Gajic, its membership consists of a social planner, two people from the opera and orchestra communities, a representative from Nimbus School of Recording & Media, and two others from Music BC and Music Canada.

Part of the committee’s work is to identify strengths and weaknesses in the city’s arts scene.

Let’s start with the strengths.

“It’s the quality of the talent that we have in the city,” Gajic said.

“Affordability is one of the biggest threats,” Gajic countered.

Two studies nearing completion are helping to shape the music strategy. Both have received seed money from Creative BC, an umbrella group representing the TV and film sectors, music and performing arts through grant money and mentorship programming.

Some preliminary findings from those studies include cursory looks at the province’s music business: 285 music companies, 160 recording studios, 200-plus festivals and $400 million worth of economic activity.

It’s worth noting that in the two years since the strategy’s establishment, the Media Club has gone belly up, the Rio Theatre is fighting for its life, the Cobalt is on the cusp of closure and the Red Gate Arts Society has to find a new home by May. Just last week, redevelopment plans for the Fairview pub — a long-serving West Side live venue — were made public.

In the last 10 years, Vancouver’s live music venue closure list includes Richards on Richards, the Columbia, the Brickyard and the Picadilly Pub. Mesa Luna and the Starfish Room went kaput in the early 2000s.

Which begs the question: how do 200 festivals or 160 studios benefit less established artists who are affected by affordability issues, venues closing and dwindling space for rehearsal space?

“Certainly the goal with the Vancouver study is to really look at some of the recommendations for solutions around some of this stuff, whether it’s housing related or even places to rehearse in, places to perform in and how we can continue to nurture and develop that talent,” Creative BC CEO Prem Gill told the Courier.

As someone with close to 20 years in the music game, committee member Rob Calder sees live music in Vancouver as a glass half full proposition.

Affordability is an obvious problem in his eyes, but machinations of the record business aren’t without blame.

“The tree of support has diminished. You used to have a buddy who was into helping out, who cut their teeth as a manager and they had all these opportunities to get with an indie distributor or direct to a store and you could go all the way up to hopefully a major record label signing you,” he said. “That system currently exists but I just don’t see enough being done to train and give opportunity to new music managers in this city.”

Of the research done by the steering committee, a few highlights stick out for Calder. At the top of the list is the creation of an entertainment commissioner, a civic staffer who acts as a conduit between city regulations and city nightlife.

“Jocelyn's agenda is to make the lives of the Bay Area's working musicians healthier, easier, and cheaper. To that end, she is working to ensure health care is provided for all musicians living in San Francisco, open up a ‘welcome center’ for newcomer musicians, and create more exposure opportunities for San Francisco's musicians.”

It’s not a be all, end all, but Calder sees it as a start.

“It’s someone who understand both sides,” he said. “They understand the plight of the artist but they’re embedded within the civic government so they’re able to work with engineering, permitting, and help guide new policy in the city for a more friendly and active music space.”

Looking at the smaller picture

Vancouver’s steering committee isn’t working in isolation. An advisory committee has chipped in at two or three workshops over the last two years. Advisory committee members include representatives from MRG, which owns the Vogue and Biltmore; Blueprint, which runs Fortune Sound Club and Venue; Nick Blasko, the brainchild behind Victoria’s Rifflandia and Rock the Shores festivals; and members from the both the Indigenous and South Asian music communities.

The omission of budding artists, smaller venue owners and promoters is a sticking point for Vancouver producer and engineer Matt Roach. He’s worked with about 150 bands since entering the business full-time in 2009 and is a partner at East Vancouver’s Rain City Recorders.

“I think the Vancouver Music Strategy is an amazing idea,” he told the Courier. “But what I’m not happy about is that since it was started in early 2016, the Media Club has turned into a Brown’s Social House. I don’t understand how on one hand [the city says] they want to do more for local music and on the other hand [they] let corporate interest shut down a seminal venue in this city.”

Roach is also skeptical of the venues represented in the strategy.

Roach said development pressures are putting the squeeze on the two venues. Condo residents near both clubs are complaining about noise.

This, after moving next to a live music venue.

“To me, that makes as much sense as nobody from Anciients, a longstanding Vancouver band, being on the Vancouver Music Committee,” he said. “No one from the band or their management is asked for input here, and they just a won a f***cking Juno.”

Those interested in providing input can do so by contacting Gajic at sandra.gajic@vancouver.ca.