A drowning and unconscious dog was carried out of the ocean by his owner and some good Samaritans yesterday in Vancouver.

Cst. Tania Visintin tells Vancouver Is Awesome in an email that VPD officers were called to assist with a drowning dog in English Bay on Oct. 22 just before 2:30 p.m.

Several people assisted with rescuing the dog out of the water as well as reviving him back to life. VPD officers took the dog and the owner to the vet in their police car, explains Visintin.

Deputy Howard Chow shared an image of the dog, named Griffen, wrapped up in a jacket in the back seat of a police car. He adds that, "The drowning unconscious dog was carried out of the water, CPR performed and he was revived."

Thanks to those who jumped into English Bay to help an owner rescue her dog, Griffen. The drowning unconscious dog was carried out of the water, CPR performed and he was revived. Kudos to the officers who rushed Griffen and his owner to the vet to be checked out. #InItTogether pic.twitter.com/82cxQ0C0HH

Another image was shared to Twitter by @christina_604 of the exhausted pooch being carried on the beach. 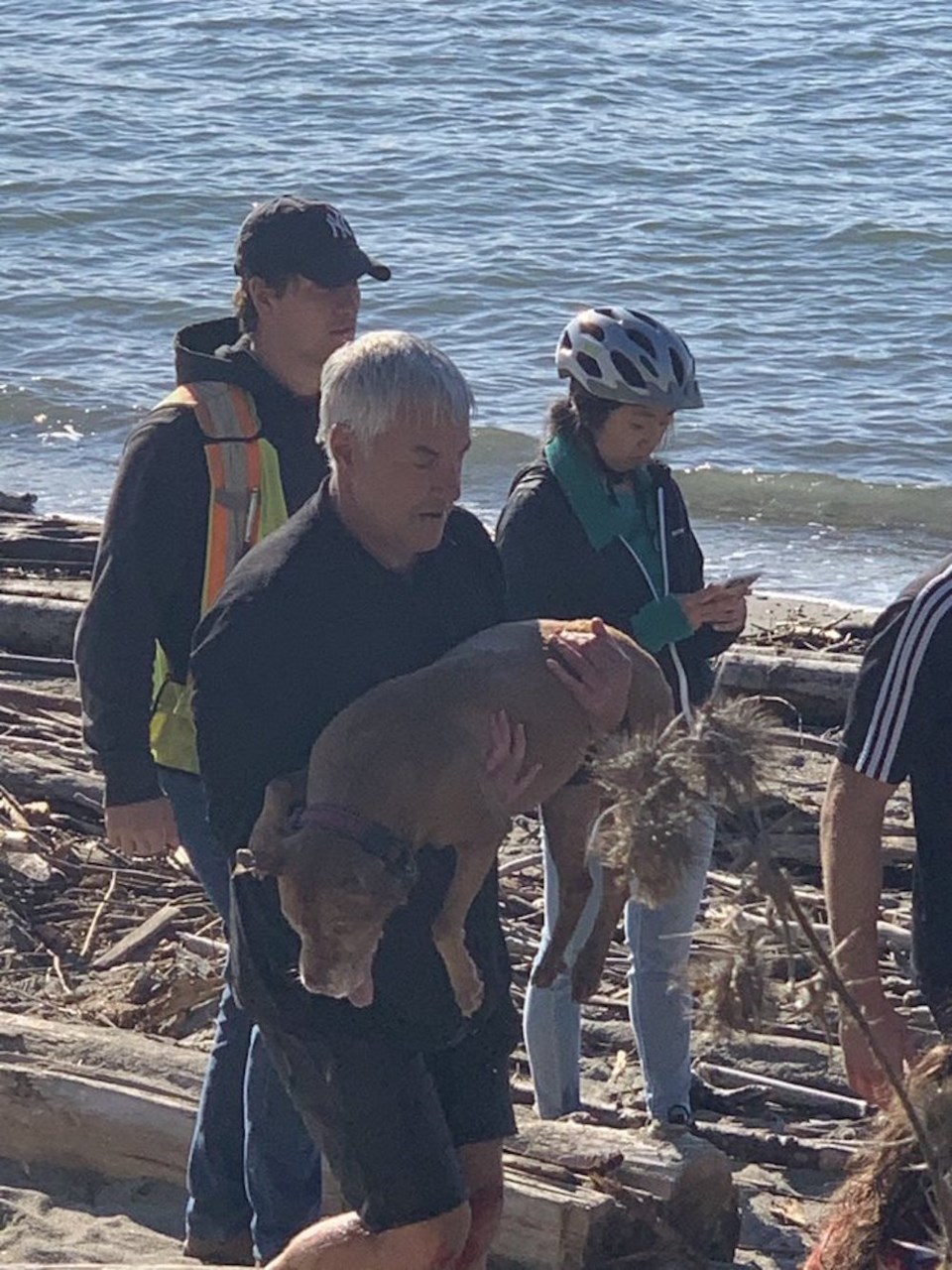