A group of orca whales was spotted swimming in Burrard Inlet Thursday morning – delighting local residents who managed to catch a glimpse.
May 23, 2019 5:04 PM By: Jane Seyd 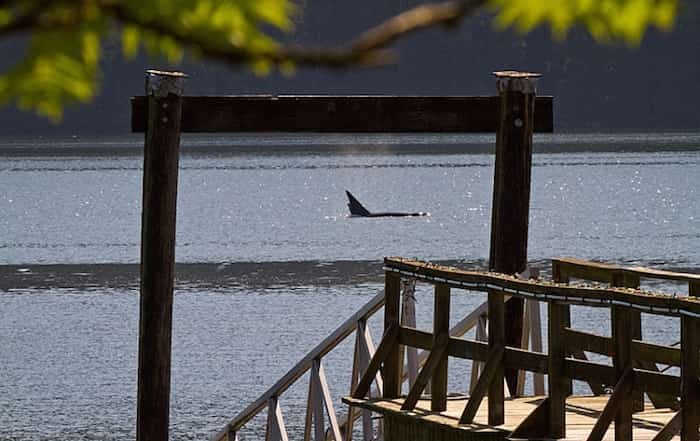 A group of orca whales was spotted swimming in Burrard Inlet Thursday morning – delighting local residents who managed to catch a glimpse.

Cooper Quinn of North Vancouver was working from home when he saw a social media post alerting him to whales swimming under the Lions Gate Bridge and heading up the inlet.

Quinn hurried down to Cates Park and managed to spot the whales as they swam by the refinery and the Westridge oil terminal on the opposite side of the inlet.

“They cruised around the corner” and up towards Deep Cove and Belcarra, said Quinn.

Quinn said he wasn’t sure how many whales were in the group, but estimated the number at four or five.

Quinn said he always likes to catch a glimpse of whales in the wild when he can.

“It’s B.C.’s west coast in a nutshell,” he said. “It’s also a pretty interesting time for whales in B.C.” 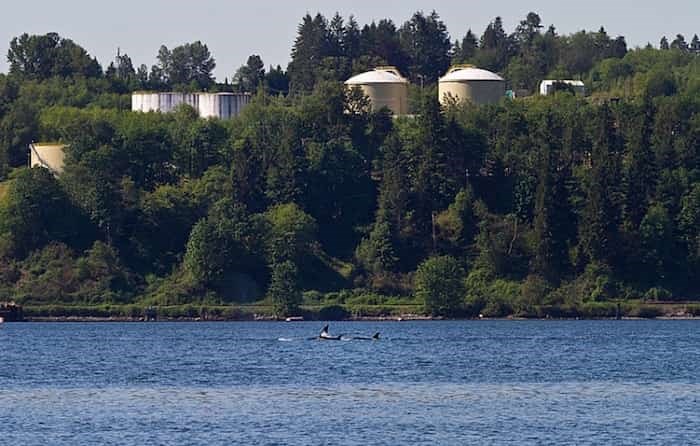 Based on three reports received Thursday morning, whale researchers with the BC Cetacean Sightings Network believe the whales were a group of Biggs transient orca whales.

Unlike resident killer whales, transient whales hunt for marine mammals like seal and sea lions and come into the inlet to hunt for prey.

Biggs whales are still listed as threatened under the Species at Risk Act, but the population is recovering and currently number over 300, according to whale researchers.

Quinn said seeing the juxtaposition of the whales in the inlet and the refinery and oil terminal in the background – issues that have been at the heart of protests and court decisions over the expansion of the TransMountain pipeline – wasn’t lost on him.

Neither was the Tsleil-Waututh canoe docked at Cates Park in the foreground of the photo he snapped. “Those people understand we need to take care of our wildlife,” he said. 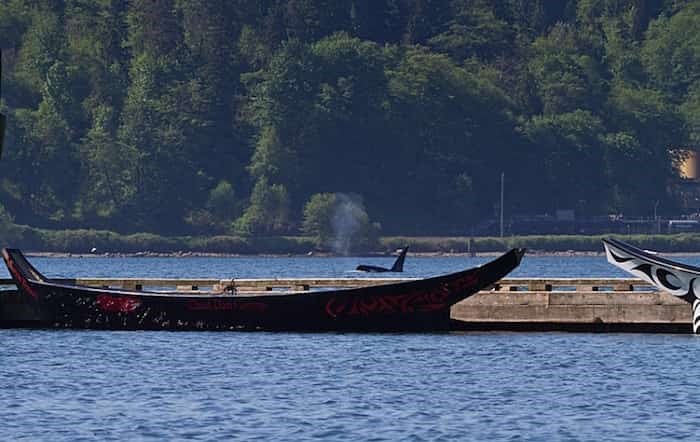 The Tsleil-Waututh Nation has been adamantly opposed to the pipeline expansion project and has vowed to continue fighting it.

On Wednesday, Tsleil-Waututh protester Will George interrupted a speech by Prime Minister Justin Trudeau at a Liberal fundraiser to call out the government for the pipeline decision.

Earlier this month, the federal government announced new measures aimed at helping whales, especially endangered southern resident killer whales, including no-go “bubble zones” for boaters and fishermen within certain distances of the whales and slow-downs for vessels when whales are in the vicinity.

The system collects information from observers, including members of the public, who can use the network’s WhaleReport app to report whale sightings.

Here's the band lineup for North Vancouver's Shipyards Festival this weekend
Sep 24, 2021 9:24 AM