"This could have easily turned into a kidnapping, assault or sex trafficking story if I hadn't found help."

"This could have easily turned into a kidnapping, assault or sex trafficking story if I hadn't found help."

A woman is sharing a video of a terrifying incident she experienced when a man began following her around downtown Vancouver.

The woman took to Instagram to share videos of the man who was following closely behind her Wednesday (March 17), as well as to write out her account of what took place.

In her description, the woman writes that she went on a "short trip to the store to pick up a few things" and felt someone closely following her on her way home. She adds that she stepped off the sidewalk to let the man pass, but he merely stopped and stared at her. When she told him he was walking too close, she writes that he "said nothing."

After making several loops around the block to try and get him to stop, she turned her camera on "selfie mode" to record the encounter. She even crosses the street before the light turns red and rushes across the street to try to lose him. After he continues to follow her, she makes her way to a skate park with numerous people. She sits down with people she doesn't know, but the man continues to watch.

"Hey do you mind if I sit with you guys?" she asks some strangers she meets. "This guy has literally been following me in circles for 40 minutes and I'm reporting it."

The video has also been shared on Reddit, and at the time of this writing, the post has been commented on nearly 200 times.

Vancouver Police Sgt. Steve Addison tells Vancouver Is Awesome that the woman filed a report with the VPD, which was the right thing to do.

"People regardless of gender should be able to walk freely, you shouldn't have to change your behaviour," he says. "This incident is very troubling, very concerning. Anyone in this situation would be rightfully terrified."

Addison says the VPD is conducting an investigation and encourages anyone with information to come forward.

Several other women have commented that they have also been followed by the same individual, while others commend the woman for sharing the footage on social media.

The woman also shared some of the messages that other women wrote on her Instagram story. 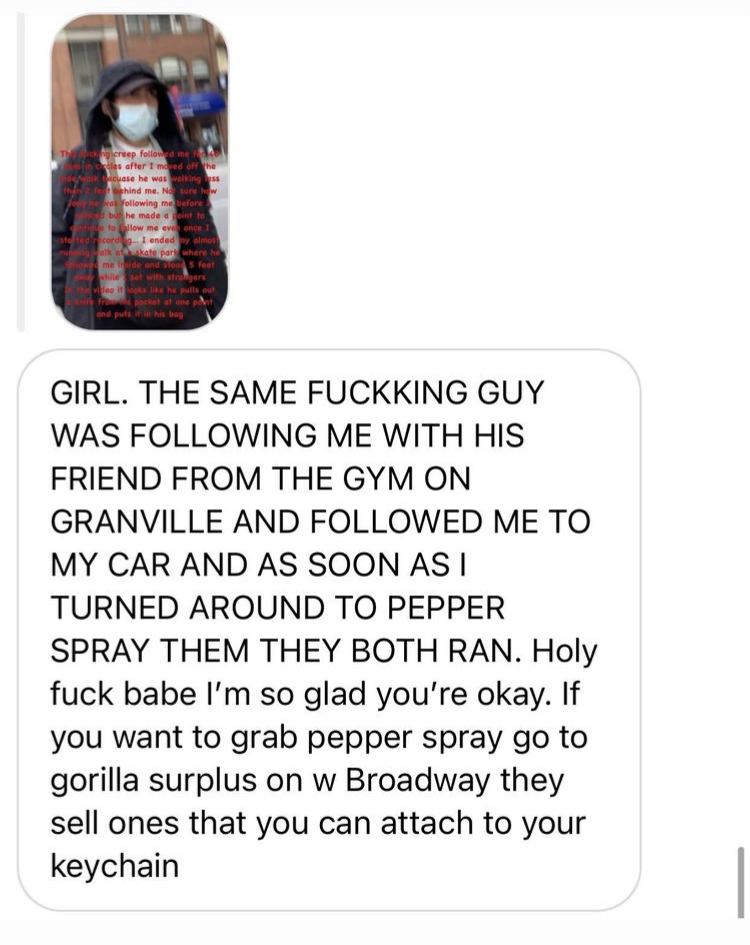 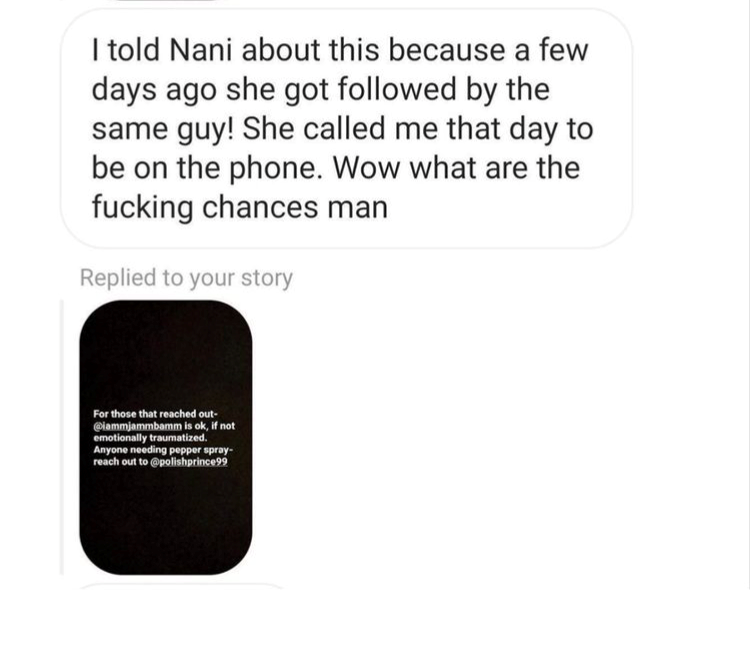 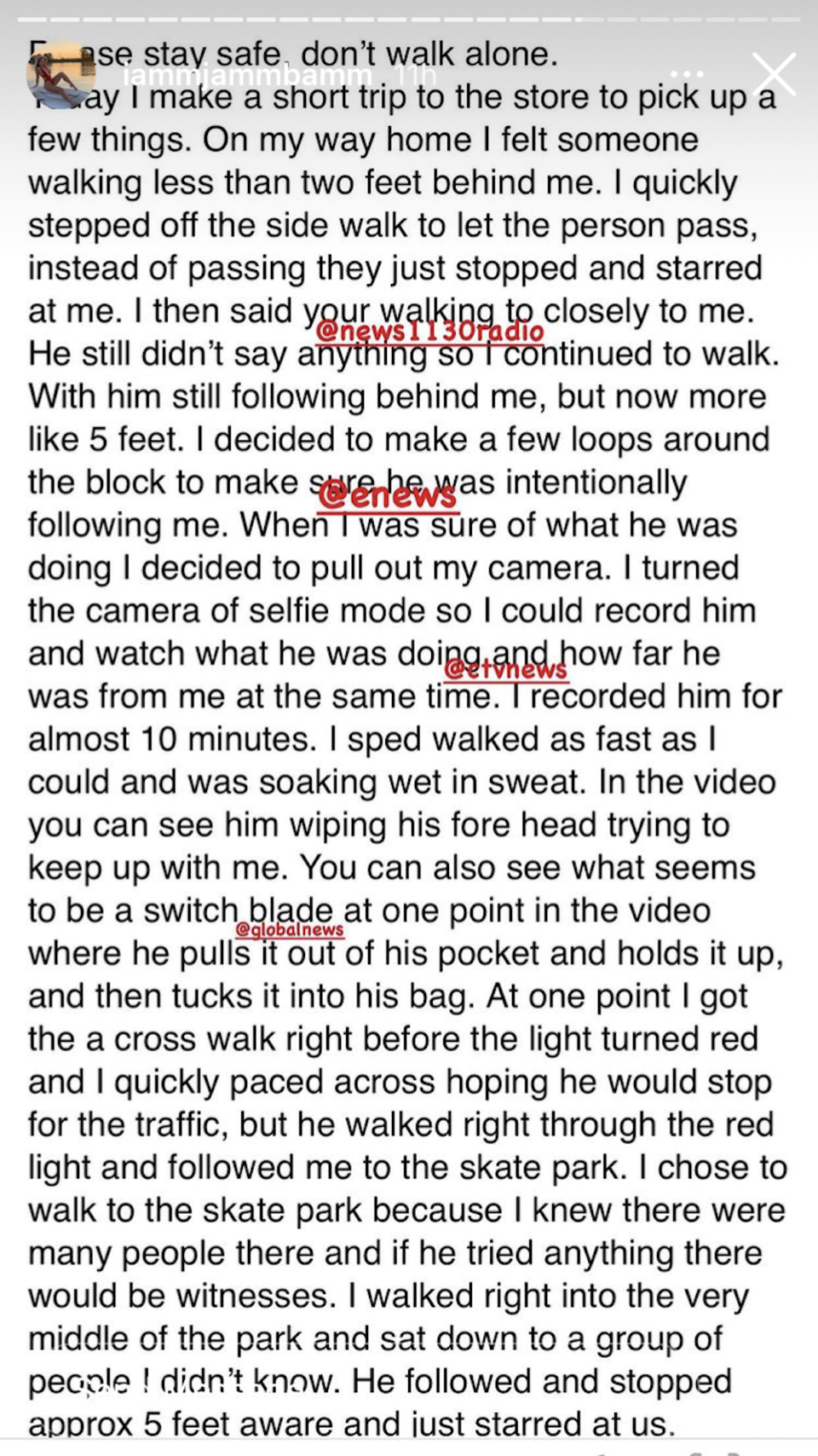 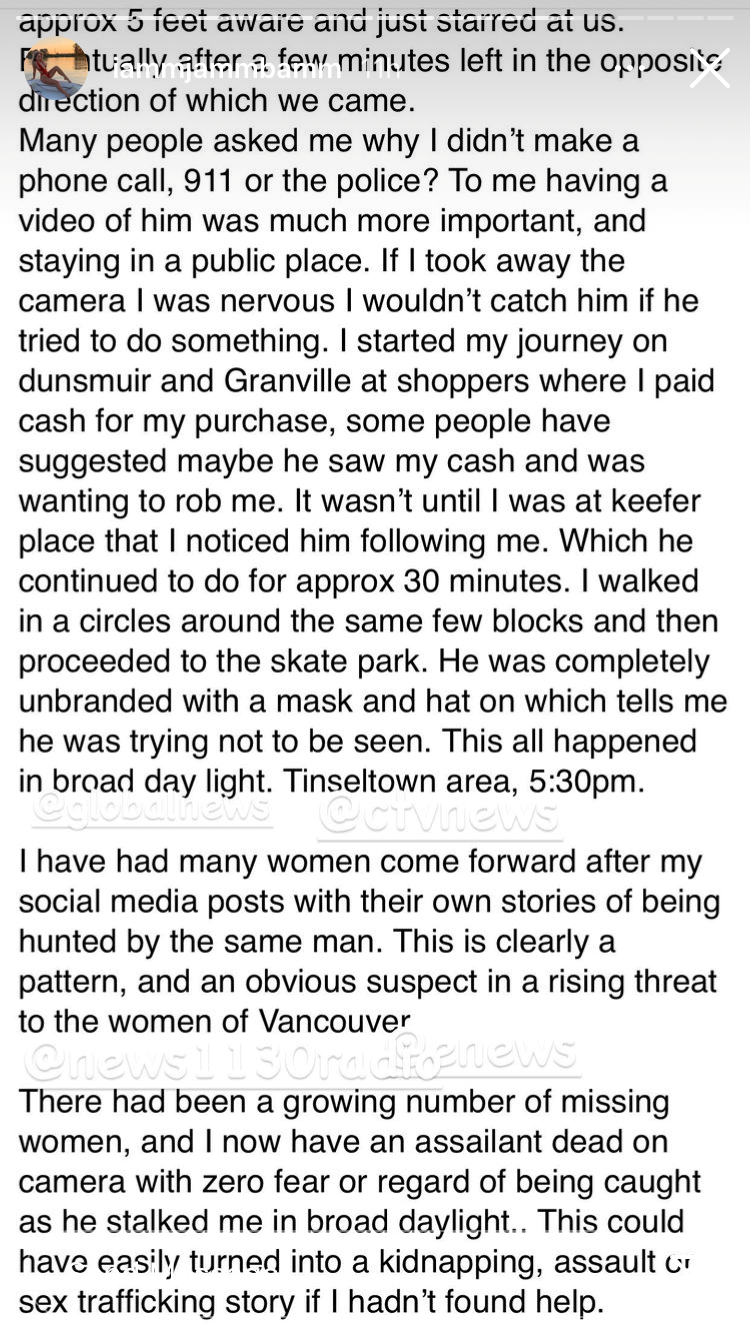 If you are in danger and feel threatened, call 9-1-1 immediately.

V.I.A. has also reached out to the woman who posted the story for additional comment.

Vancouver women share stories of sexual assault, harassment in response to "not all men"
Mar 12, 2021 6:38 PM