WINNIPEG — The Manitoba government is extending and expanding a wage-subsidy program to spur job creation during the COVID-19 pandemic.
Jul 15, 2020 9:53 AM By: Glacier Media 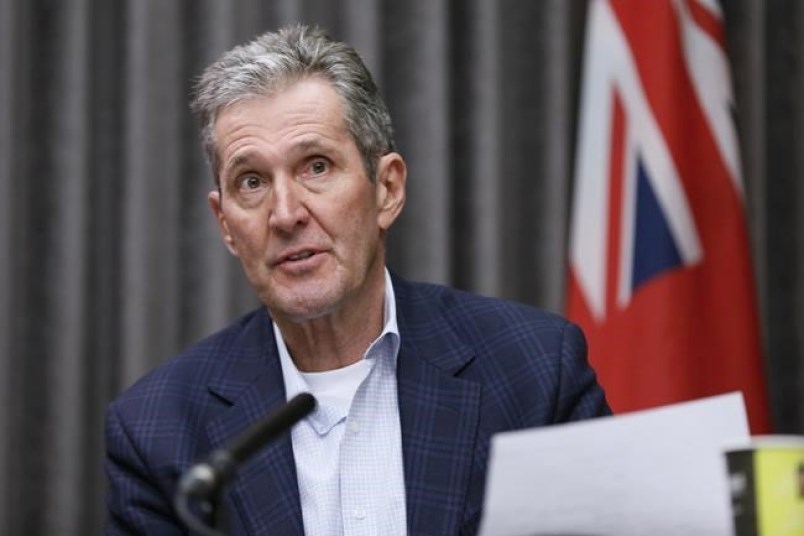 WINNIPEG — The Manitoba government is extending and expanding a wage-subsidy program to spur job creation during the COVID-19 pandemic.

Until now, the Back To Work program paid businesses who hired or brought back staff up to $5,000 per employee, to a maximum of five workers, through to the end of August.

Premier Brian Pallister said Wednesday the program will be extended until the end of October and funds will be available for up to 10 workers at each business. The program is also being offered for the first time to charities and non-profits.

"We would all like this pandemic and its challenges to end, but realistically we know that it will take time for our economy to grow back," Pallister said.

"And so this program will be needed for a longer period than all of us would hope."

The program is in addition to others the province has offered, including a one-time $6,000 subsidy for small businesses who are ineligible for federal aid and who want to hire staff.

Statistics Canada figures released last week show Manitoba employment levels have rebounded more fully than in all other provinces except New Brunswick. With 330 COVID-19 cases and seven deaths to date — among the lowest rates in the country — the province was able to move quickly to ease many restrictions on business openings and public gatherings.

The Canadian Federation of Independent Business welcomed the extra aid but said its members are taking on debt and facing cash-flow challenges.

The province's Back to Work subsidy is only paid out once the period it covers ends.

"Revenues are far from normal for businesses ... and they need help rehiring staff," said Jonathan Alward, the group's Prairie director.

The chamber also said the province should consider a public awareness campaign to persuade people it is safe to shop, dine out and go back to work even as the pandemic continues.

"Poll after poll shows far too many people remain hesitant to re-engage in the economy," chamber president Loren Remillard said.

"It really needs to be a concerted campaign to get out there to the public, to say businesses are doing everything outlined by ... health officials to ensure, based on what we know, the highest level of safety and well-being for employees and customers."

The Opposition New Democrats said the Progressive Conservative government should provide immediate funding for items such as staff protective equipment and child care.

"We need to see a real plan to restart our economy that provides essential supports, like direct financial assistance and a plan for child care," NDP Leader Wab Kinew said in a written statement.

This report by The Canadian Press was first published July 15, 2020

A look at how provinces are planning for start of school year during pandemic
Jul 30, 2020 8:27 AM