NEW YORK — Three of the top five publishers in the U.S. will not be attending BookExpo, the industry's national convention. Organizers already had pushed back the event from May to July in the hopes of easing concerns about the coronavirus pandemic.
Mar 24, 2020 4:34 PM By: Canadian Press 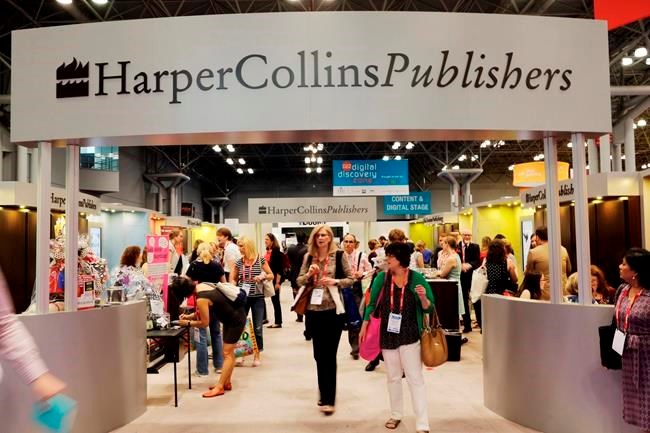 NEW YORK — Three of the top five publishers in the U.S. will not be attending BookExpo, the industry's national convention. Organizers already had pushed back the event from May to July in the hopes of easing concerns about the coronavirus pandemic.

Simon & Schuster and HarperCollins Publishers both announced Tuesday that they had dropped out, citing the coronavirus, and Penguin Random House announced last week that it would not go.

BookExpo usually attracts tens of thousands, from authors and editors to librarians and agents. It is to be held this year at New York City's Jacob Javits Convention Center, which the state of New York is currently converting into a medical facility in anticipation of a surge of patients requiring hospitalization. The state has the country's highest number of reported cases.

BookExpo event manager Jenny Martin said in a statement that she was “disappointed” by the publishers' decisions, but the convention was still scheduled to take place.

“I want to assure everyone that we are working closely with the Javits Center to ensure the health and safety of our customers." Martin said. "It is noble what they are doing, opening their doors to overflow patients so that those who are infected with COVID-19 will have focused care in the city's hospitals. We are all doing the best we can during these times, and what that means for BookExpo is to work hard to provide the place that gives our customers the tools to bounce back from this."

BookExpo has been an industry tradition for more than 70 years, with guests speakers ranging from then-Sen. Barack Obama and Hillary Clinton to Margaret Atwood and John Updike. The convention has been held in the past without the participation of some major publishers. In the mid-1990s, a handful boycotted the event after the trade group for independent booksellers, the American Booksellers Association, sued several publishers for allegedly giving better terms to the superstore chain Barnes & Noble. The booksellers had managed the show before selling it to Reed Exhibitions in 1994-95.

Also Tuesday, the American Library Association called off its annual gathering, scheduled for late June in Chicago. It is the first time the library association has the event since 1945, the end of World War II.

“ALA’s priority is the health and safety of the library community, including our members, staff, supporters, vendors and volunteers,” association president Wanda K. Brown said in a statement. “As the COVID-19 pandemic unfolds, it’s become clear that in the face of an unprecedented situation, we need to make tough choices.”