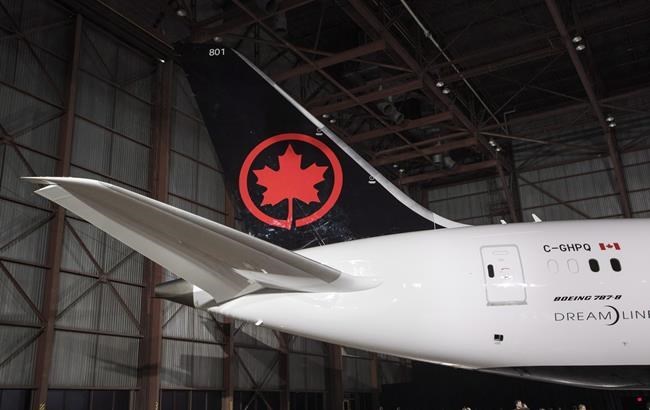 The cuts, which reduce the flight options for travellers, come as a result of record-low travel demand amid ongoing border shutdowns and interprovincial restrictions, the carrier said.

"Provincial and federal government-imposed travel restrictions and border closures ... are diminishing prospects for a near-to-mid-term recovery," Air Canada said in a statement Tuesday.

The route cuts mainly affect travellers to and from the Maritimes, Quebec and Saskatchewan, with all but five of the cuts in those regions.

British Columbia, Alberta and the territories were left untouched by the withdrawal.

Air Canada also plans to close its counters at four airports in Quebec, two in Ontario, one in New Brunswick and one in Newfoundland and Labrador.

Other changes to its network and schedule and further service suspensions will be considered over the coming weeks, the airline said.

The loss of service could mean less direct flight routes or, "at an extreme," the loss of all service, said Robert Kokonis, president of Toronto-based consulting firm AirTrav Inc.

Air Canada Express is the only commercial airline to service Bathurst, N.B. — one of the cities where the company is pulling its airport station — leaving residents no choice but to hope another regional carrier will pick up the abandoned routes down the line, Kokonis said.

Air Canada's scale-back speaks to the "highly restrictive" travel barriers facing airlines and a lack of financial support from Ottawa, he added.

"Canada continues to have an aviation system with cuffs locked around both hands," Kokonis said in an email. "Air Canada and all other players in Canada's aviation food chain are being pushed to the limit."

Canada, unlike countries including France, Germany and the United States, has held off on sector-specific support for carriers. Instead Prime Minister Justin Trudeau has rolled out financial aid available across industries, including the federal wage subsidy and loans starting at $60 million for large firms.

Air Canada laid off more than 20,000 workers — more than half of its staff — this month as part of a plan to cut costs.

The Montreal-based company has removed 79 planes from its mainline and Rouge fleets, chopping flight capacity by more than 85 per cent year over year, with only marginal improvement expected in the critical summer travel season of July through September.

The changes come as some confinement measures lift and Canadians slowly begin to brave air travel again, though Manitoba and the Maritimes still have restrictions on interprovincial travel in place while other provinces discourage it.

On Tuesday, the Canada Border Services Agency confirmed that the government will extend until July 31 the travel ban that bars entry to travellers who are not Canadian citizens, permanent residents or Americans.

Earlier this month, Prime Minister Justin Trudeau extended a separate ban on non-essential travel between Canada and the U.S. until at least July 21.

Border shutdowns and record-low demand mean airlines around the world will lose US$84 billion this year and see a 50 per cent year-over-year revenue decline, according to the International Air Transport Association.

Air Canada is closing its stations at the following regional airports:

Companies in this story: (TSX:AC, TSX:TRZ)

Note to readers: This is a corrected story. An earlier version incorrectly stated the province for Kingston and North Bay