Air Canada offers refunds to some passengers with cancelled flights

MONTREAL — Air Canada has quietly changed its refund policy to allow some customers whose flights were cancelled due to the COVID-19 pandemic to recoup their cash — but not passengers whose trips originated in Canada.
Jun 25, 2020 5:04 PM By: Canadian Press 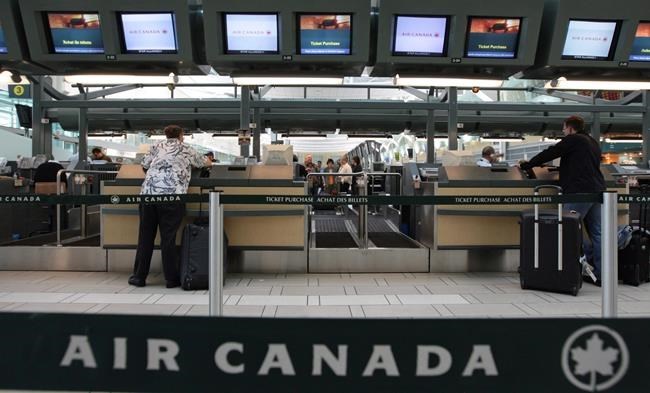 MONTREAL — Air Canada has quietly changed its refund policy to allow some customers whose flights were cancelled due to the COVID-19 pandemic to recoup their cash — but not passengers whose trips originated in Canada.

Travellers with flights "departing" from the European Union, Switzerland or Iceland but called off due to the pandemic are "entitled to receive a refund," states a document recently posted to Air Canada's website.

"For customers with itineraries originating out of the EU, Air Canada has...recently added the option of a refund for non-refundable tickets," the company said in an email Thursday.

The airline is not reimbursing passengers flying one-way or round-trip from Canada to Europe, however.

The change makes Air Canada the second major Canadian carrier to offer refunds rather than credit to some passengers whose flights were cancelled as a result of the coronavirus crisis.

Earlier this month, WestJet Airlines Ltd. spelled out a broader refund offer in a document sent to travel agents that applies to flights with a U.S. or U.K. city as the destination or origin.

The policy shifts follow months of backlash as consumer advocates and thousands of passengers continue to seek refund for services paid for but never rendered.

European Commission regulations state that passengers whose flights are cancelled have a right to reimbursement or re-routing under satisfactory conditions.

The rule refers to all "passengers departing from an airport located in the territory of a member state" of the EU.

Critics say Air Canada's new refund policy does not go far enough to meet the full EU requirements, since it does not cover round-trip tickets that originate in Canada — for example, from Toronto to Turin and back to Toronto.

Travellers departing an EU airport who find their flight cancelled are eligible for a refund regardless of where the itinerary originates, said Jacob Charbonneau, CEO of Quebec-based claims-processing firm Flight Claim.

"European regulations cover all flights departing from a European airport including Switzerland, Norway and Sweden, regardless of the airline, and cover all European airlines for return," Charbonneau said.

"This decision follows extensive discussions among EU members of appropriate remedies given this unprecedented, global crisis and our own review of the applicable regulations in an evolving regulatory environment," the airline said.

The EU regulation in question states that passengers must be offered reimbursement "of the full cost of the ticket...for the part or parts of the journey not made." Cancelling a flight from Montreal to Paris and back again should trigger a refund offer covering at least half of the trip, said Christian Nielsen, chief legal officer of AirHelp, a Berlin-based passenger-rights company.

"Air Canada is obliged to refund the price of the journey from Paris to Montreal, regardless of whether it's the return flight in the itinerary...or the outgoing flight," Nielsen said.

The airline's online post refers to flights "departing" from EU airports but its interpretation recognizes only itineraries that originate there, said passenger rights advocate Gabor Lukacs.

A 2018 ruling by the Court of Justice of the European Union states that the same regulation cited by Air Canada in its online post — made on June 15, according to its metadata — "is applicable to passengers departing from an airport situated in the territory of a member state."

Instead of refunds, Air Canada has generally offered passengers the option of travel credit with no expiry date or converting their booking into Aeroplan points with 65 per cent more bonus miles.

On Monday, an Air Canada executive told the House of Commons health committee the carrier has returned about $1 billion to customers who bought more expensive refundable tickets, but still has some $2.6 billion in advance ticket sales in its coffers.

The Montreal-based company has laid off more than 20,000 employees since the pandemic struck and continues to bleed roughly $20 million per day following a collapse of the global travel industry.

Border shutdowns and record-low demand mean airlines around the world will lose US$84 billion this year and see a 50 per cent year-over-year revenue decline, according to the International Air Transport Association.

This report by The Canadian Press was first published June 25, 2020