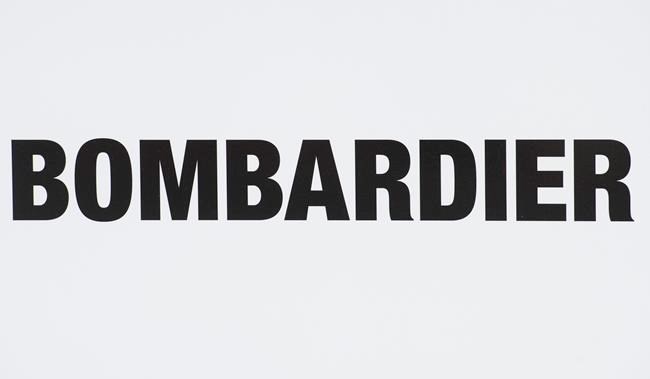 MONTREAL — When he officially succeeds Alain Bellemare as CEO of Bombardier Inc. on Monday, Eric Martel will confront sobering questions about the future of a Quebec institution grappling with share-price lows, credit downgrades and a financial position some deem "unsustainable."

The plane-and-train maker's stock sunk to its lowest level in more than 25 years on Friday, closing at 40.5 cents.

The stock plunge came after Fitch Ratings last week cut its credit rating to CCC from CCC+ several days after the manufacturer suspended Canadian production due to the COVID-19 pandemic.

Standard & Poor's has also lowered its rating for the company to CCC+ from B-, entrenching its junk status.

S&P said Bombardier's “financial commitments appear unsustainable in the long term,” warning that the company may have to restructure its debt within 12 months.

The Montreal-based firm carries US$9.3 billion in debt despite multiple asset sales over the past five years. It will be reduced to a single revenue stream — business jets — after announcing the sale of its rail division to French train giant Alstom SA in February, just as demand for private planes falls away amid the broader economic slowdown triggered by the outbreak.

The sale once again shrank a company that a year ago boasted three major divisions — commercial aircraft, trains and business jets.

The collapse of oil prices around the globe could ripple out to Bombardier, he said, as large oil-producing companies and states pull back on expenditures like large-cabin private jets — Bombardier's Global 7500 lists for US$73 million.

"Our downward revisions are the result of supply constraints from COVID-19, with Bombardier closing its Canadian manufacturing operations through at least April 20, as well as expectations for lower business jet demand, including deferrals and cancellations, because of the economic fallout from the virus," Seifman said in a research note.

Disruption to the aeronautics supply chain presents another problem, with plane makers depending on hundreds of suppliers that are now at risk as giants like Boeing Co. and Airbus SE halt production.

"We disagree with the S&P and Fitch analyses. In particular, S&P acknowledges that its analysis is based on a forecast that is 'highly uncertain at this time,'" Marcil noted. "The comments as to the debt measures that we may possibly have to take are only pure speculation."

Marcil pointed to the agencies' acknowledgment of Bombardier's solid short-term liquidity. "In addition, the reports recognize Bombardier's advantageous positioning in the large business jet sector and our well-filled order book," he said in an email.

The US$8.2-billion deal with Alstom and other recent transactions will leave Bombardier with net proceeds of between US$4.2 billion and US$4.5 billion after deducting the Caisse de depot's equity position, as well as adjustments for debts and other liabilities, Bombardier said in February.

The deal is expected to close in the first half of 2021, if it can move through European Union regulatory hurdles.

Bombardier shored up its cash reserves with the sale of its remaining stake in the A220 commercial jetliner program to Airbus in February, netting US$531 million so far with US$60 million more expected as part of a bonus structure in the deal.

And it continues to work on closing the US$550-million divestiture of its CRJ region jet program to Mitsubishi and the US$500-million sale of its aerostructures business in Belfast and Morocco to Spirit AeroSystems, both of which were initially expected in the first half of 2020.

Bombardier’s price has sunk to roughly half its previous 25-year low in February 2016, raising questions about whether it will remain listed on the Toronto Stock Exchange.

TSX rules state that it may delist a company if "it appears that the public distribution, price, or trading activity of the securities has been so reduced as to make further dealings in the securities on TSX unwarranted."

Asked about Bombardier's status, spokeswoman Catherine Kee said in an email that "delistings are a result of a long-term process and careful consideration, they are not determined quickly."

This report by The Canadian Press was first published April 3, 2020.

— with files from Julien Arsenault

Companies in this story: (TSX:BBD.B)