The president of Canadian Natural Resources Ltd. says he supports the idea of Canada taking part in an international agreement to reduce production to support global oil prices.
Apr 8, 2020 7:20 AM By: Canadian Press 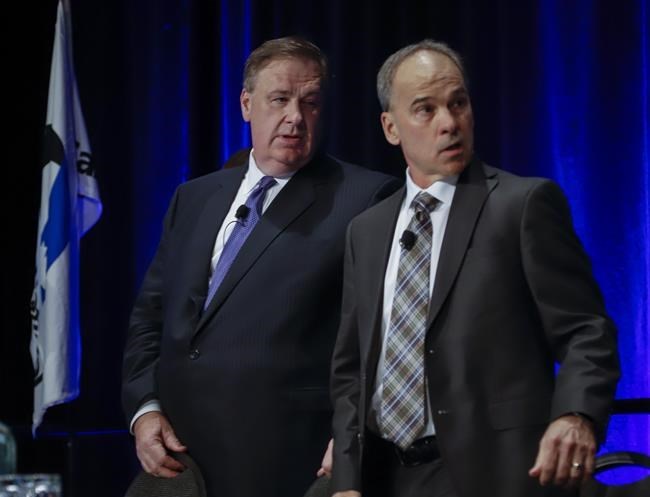 The president of Canadian Natural Resources Ltd. says he supports the idea of Canada taking part in an international agreement to reduce production to support global oil prices.

Tim McKay says the solution is acceptable as long as it is "broad-based" and fair to all participants, speaking at the virtual Scotiabank Canadian Association of Petroleum Producers Energy Symposium.

Crude prices have been rising ahead of a meeting Thursday between OPEC members and allied producers that may result in output cuts to better match world supply with demand that has fallen because of the coronavirus pandemic.

In March, an OPEC meeting ended in the failure to extend supply cuts and resulted in a price war between Saudi Arabia and Russia.

Canada's biggest producers have been taking the same positions on global cutbacks as they have with regard to the production curtailments brought in by Alberta last year to bolster local oil prices in the face of output growth exceeding pipeline capacity.

At the conference on Tuesday, CEO Alex Pourbaix of Cenovus Energy Inc., said an international deal was a "reasonably prudent thing to do" but Daniel Lyons, chief financial officer for Imperial Oil Ltd., said it's better for government to stay out of the business.