OTTAWA — Canadian retail sales collapsed in March as they posted their biggest monthly decline on record and Statistics Canada warned an even bigger drop is expected for April as closures due to pandemic ran the entire month.
May 22, 2020 8:03 AM By: Canadian Press 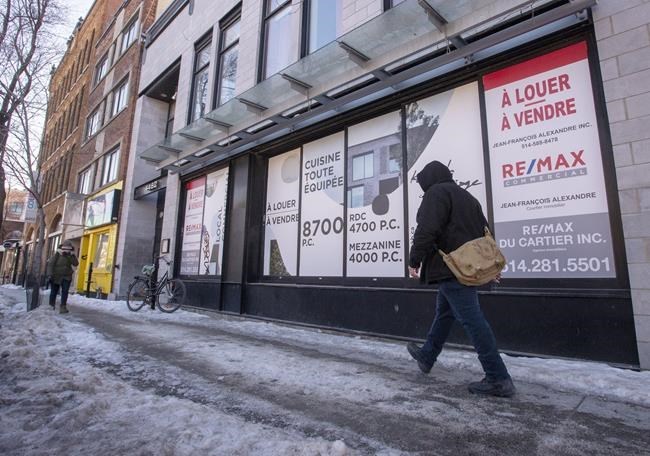 OTTAWA — Canadian retail sales collapsed in March as they posted their biggest monthly decline on record and Statistics Canada warned an even bigger drop is expected for April as closures due to pandemic ran the entire month.

The agency said Friday retail sales fell 10.0 per cent to $47.1 billion in March as non-essential businesses began to shut their doors mid-month due to the pandemic. It estimated about 40 per cent of retailers closed their doors during the month.

However, Statistics Canada also said a preliminary estimate for April indicates a 15.6 per cent drop for the first full month of the pandemic.

The March retail numbers were in line with economists' average expectations according to financial markets data firm Refinitiv.

Royal Bank senior economist Josh Nye said there is "some light at the end of the tunnel" as the bank's data shows spending started to tick higher toward the end of April.

"That trend should continue in May, particularly now that some retailers are being allowed to re-open," Nye wrote in a report.

"But it will be a long road to recovery for many in the sector. Safety protocols will limit traffic through stores and consumers are likely to remain cautious due to both health and economic concerns."

The drop in March came as sales plunged a record 35.6 per cent at motor vehicle and parts dealers with sales at new car dealers down 38.5 per cent for the month.

Record declines were also reported for clothing and clothing accessories stores and gasoline stations as they fell 51.3 per cent and 19.8 per cent respectively.

But while Canadians stopped buying some things, sales of others soared as shoppers stocked up on household essentials.

Food and beverage stores, which gained 22.8 per cent, and general merchandise stores, which climbed 6.4 per cent, rose to their highest levels on record and posted their largest monthly gains.

Excluding motor vehicle and parts dealers, retail sales were down 0.4 per cent for the month.

Many retailers responded to pandemic measures by opening or expand their e-commerce operations.

In recent days, provinces have started to ease restrictions that were put in place to slow the spread of COVID-19 and forced the closure of many retailers.

"In a recent report, we highlighted that household savings rates are expected to rise in the face of elevated economic and labour market uncertainty, prompting consumer caution and substitution away from discretionary purchases,"  Abdelrahman said.

Regionally, sales were down in every province as Quebec posted the largest percentage decline at 15.7 per cent. Alberta fell 13 per cent, while Ontario dropped 9.0 per cent.

The retail sales report comes ahead of gross domestic product figures expected on May 29.

A preliminary estimate by Statistics Canada last month pointed to a nine per cent drop in GDP for March.

This report by The Canadian Press was first published May 22, 2020.