TORONTO — Canadian Imperial Bank of Commerce took a nearly $1-billion hit to its second-quarter profit as its provisions for credit losses soared due to the pandemic and the plunge in oil prices.
May 28, 2020 6:51 AM By: Canadian Press 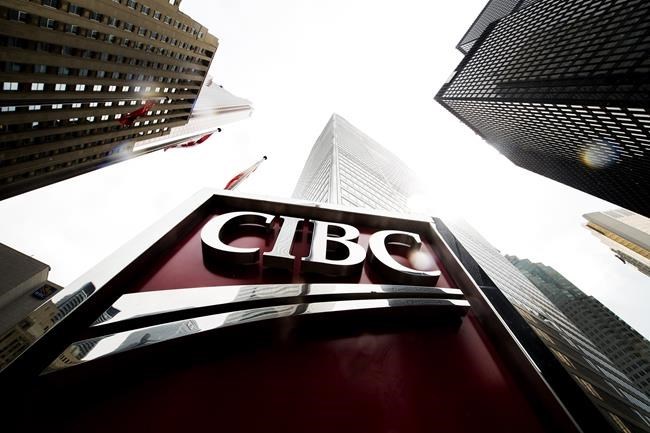 TORONTO — Canadian Imperial Bank of Commerce took a nearly $1-billion hit to its second-quarter profit as its provisions for credit losses soared due to the pandemic and the plunge in oil prices.

The Toronto-based bank said Thursday that it earned $392 million or 83 cents per share for the quarter ended April 30, down from a profit of $1.35 billion or $2.95 per share in the same quarter last year.

Analysts on average had expected an adjusted profit of $1.58 per share, according to financial markets data firm Refinitiv.

Chief executive Victor Dodig warned analysts on a call that the conditions that created those decreases are unlikely to abate soon, but said the bank has the resources to cope with such troubles.

"Economic headwinds are likely to be here for the near term," he said.

"While there are many unknowns related to the pandemic, its effect on the economy and the path to recovery, what is certain is our strong capital liquidity will allow us to withstand ongoing stress."

That stress has so far amounted to the bank earning 94 cents per share on an adjusted basis, a drop from $2.97 per share during period last year.

It has also pushed CIBC to put aside $1.41 billion in provisions for credit losses, up from $255 million a year ago, as the assisted more than 500,000 clients in the quarter who were facing financial hardships by granting them payment deferrals and reduced interest rates on credit cards.

All of Canada's big banks have announced dramatic increases in their provisions for credit losses due to the pandemic.

Barclays analyst John Aiken said in a note to investors that CIBC opted to take significant reserves up front and that should be viewed positively.

"However, given the lukewarm reception that Royal received when it took a similar strategy, we are not certain that the implications will be immediately rewarded by the market," he said.

"However, with solid allowances and a strong capital ratio, the relative outlook for CIBC appears to have improved."

CIBC's digital traffic and e-transfers in the quarter jumped by almost 20 per cent, while digital banking sessions and digital transactions grew by 18.1 and 8.8 per cent respectively.

"We are continuing to invest for the long-term with an eye to our strengths in technology and innovation," Dodig said.

"We have already fast-tracked some of our investments in technology to support digital engagement as well as working remotely and we will continue to review other areas of our business."

Companies in this story: (TSX:CM)