TORONTO — The U.S. railway regulator has decided that Canadian National Railway's proposed US$33.6-billion acquisition of Kansas City Southern will be decided on current merger rules.
May 17, 2021 3:22 PM By: Canadian Press 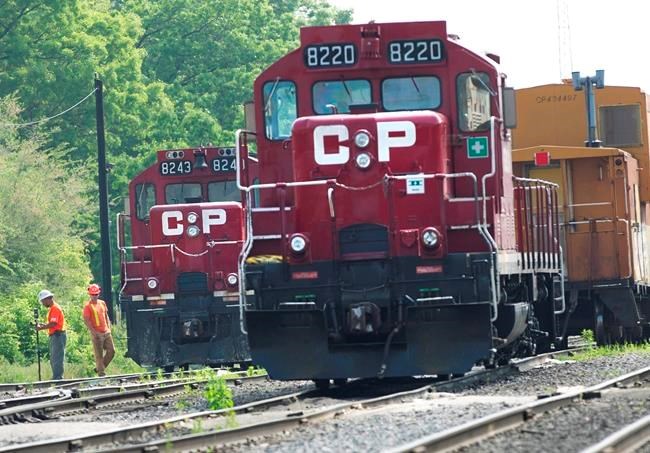 The Surface Transportation Board also refused to approve the Montreal-based railway's proposed voting trust agreement at this time because the file is incomplete.

The regulator previously approved CP Rail's voting trust stemming from its rival bid that was considered by KCS to be superior until CN Rail amended its offer on Friday.

The STB also determined that the CP Rail proposal would be determined based on rules in effect in 2001 when KCS received a waiver.

CN Rail says in a news release that it welcomes the STB's decision to apply current merger rules "which requires demonstrating that the combination would enhance competition."

CN had argued that the same merger rules should "apply equally" to both transactions. But when that was rejected last month, CN said it would submit an application that complies with the current merger rules, a move backed up by STB's decision on Monday.

"We requested that the STB review its superior proposal to combine with KCS under these rules because we are confident that a CN-KCS combination will create a safer, faster, cleaner and stronger railway that is ideally positioned to support the growth of an emerging consumption-based economy through better service options and customer choice," Canada's largest railway said in its news release.

CN added that the STB's "procedural" decision to defer consideration of its voting trust was based solely on the fact that a merger agreement for the combination of CN and KCS has not yet been filed.

"We firmly believe that, once the STB has had the opportunity to undertake a full and fair review of our voting trust, we will have demonstrated that our voting trust is in the public interest."

The STB explained its decision in a seven-page decision.

"Indeed, the proposed transaction poses issues that the current merger rules were designed to address, namely the potential competitive impacts of a merged entity with some degree of overlapping routes and presently existing direct competition —characteristics that would appear to pertain to the CN and KCS systems."

Canadian Pacific said it concurs with the STB's decision to apply new merger rules to CN, saying it shows that the board will review CN's proposed trust with the idea that a voting trust is a privilege, not a right that should not be used routinely.

"With this new ruling by the STB, CP's confidence in the superiority of its friendly agreement with KCS is redoubled," it said in a news release.

"The fairness of CP's outstanding offer to acquire KCS is compelling because CP+KCS is the only Class 1 merger that is viable."

The CEOs of both Canadian railway rivals will be on hand this week to extol the virtues of their bids at a transportation conference.

This report by The Canadian Press was first published May 17, 2021.

Companies in this story: (TSX:CNR, TSX:CP)