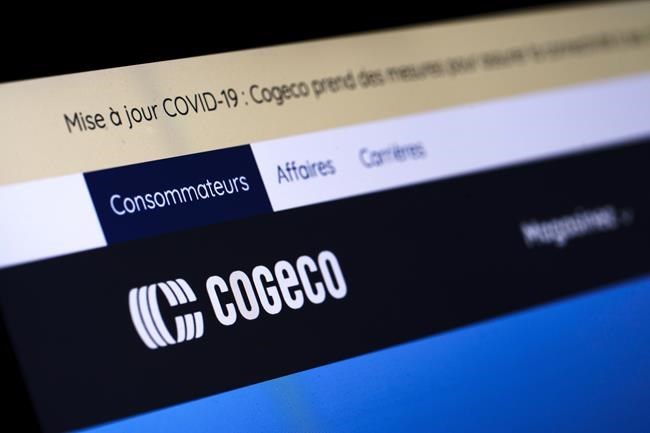 In a letter released two weeks after Rogers and Altice USA Inc. announced a $10.3 billion offer, Cogeco's lead director says they failed to disclose to the public that they'd already been flatly rejected the previous night by the Montreal-based Cogeco.

The Cogeco letter also alleges that the unsolicited offer was made public even though they knew any deal required the support of the founding Audet family, which controls a majority of the shareholder votes at Cogeco Communications.

"From the outset, you have engaged in bad faith tactics, some of which created confusion in the market," wrote James Cherry, lead independent director of both Cogeco Communications Inc. and its parent Cogeco Inc., which has a media business in Quebec but gets most of its revenue from its cable and internet subsidiary.

The letter to the Rogers and Altice chief executives says "you publicly announced your proposal in which you said that the support of the Audet family was necessary to complete a transaction, yet you failed to disclose that they had rejected your proposal the prior evening."

"We can only surmise that this was done with a view to misleading investors and increasing the stock price in an attempt to put pressure on the family to sell," Cherry writes.

Cogeco Communications publicly traded subordinated shares closed Wednesday at $114, up $1.15, at the Toronto Stock Exchange. They had been at $99.35 at the close on Sept. 1 and briefly traded between $129 and $130 the following day after Altice said it was prepared to offer $134.22 cash for them.

Cogeco issued the letter Wednesday afternoon in response to a joint letter from Rogers CEO Joe Natale and Altice CEO Dexter Goei to Louis Audet, chairman of Cogeco's board and former chief executive of the company.

The CEOs of Rogers and Altice say the independent directors of the two Cogeco boards had failed to fulfil their duty to consider the proposal fully on behalf of all shareholders, not just the Audets.

"In simple terms, the boards and their independent directors failed to fulfil their most basic duties in representing the shareholders they are duty bound to represent and protect," they wrote, according to a copy of the letter posted by Cogeco.

Cherry says in his reply that all the proper steps were taken by Audet and the directors and they won't engage in a "futile exercise" that diverts attention from running the internet and cable business.

He said the independent members of both boards met promptly on Sept. 2 to discuss the proposal..

"Prior to those discussions, Mr. Audet met with the independent directors as a representative of the Audet family, provided absolute clarity regarding the intentions of the family, indicated that their shares were not for sale and confirmed that their position was not a negotiating tactic."

Cherry also said Natale and Goei should know the Audet family's support is necessary because they each run a family controlled company.

Under the Altice proposal, it would buy Cogeco Communications to obtain its cable, internet and phone operations in the United States and sell its Canadian operations to Rogers for $4.9 billion.

Natale told an industry conference on Tuesday that he'd been asked why Rogers would pursue Cogeco without the Audet's support.

He said the COVID-19 pandemic has demonstrated the value of good internet connections, which industry experts say will increasingly be delivered through a combination of fifth-generation wireless and land-based fibre optics networks.

Natale said Rogers is looking at its medium- and long-term investments in every province, including Quebec — where Rogers has a presence in the wireless but not in residential internet or cable.

"We're asking a very fundamental question. Do our plans include Cogeco territory or not?'' Natale said at a virtual conference hosted by BMO Capital Markets.

"`I'd hate to miss this technology and investment cycle, and not to have answered the question. ... . It's a question that's been 20 years in the making.''

This report by The Canadian Press was first published Sept. 16, 2020.