Europe struggles to agree on economic response to virus

BRUSSELS — European governments remained at loggerheads Wednesday over measures to help the economy weather the coronavirus outbreak, breaking off a meeting of finance officials who clashed over aid conditions and proposals to borrow together to pay
Apr 8, 2020 12:00 PM By: Canadian Press 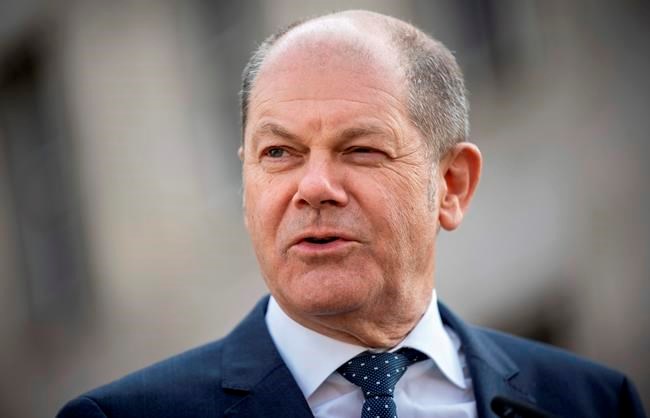 BRUSSELS — European governments remained at loggerheads Wednesday over measures to help the economy weather the coronavirus outbreak, breaking off a meeting of finance officials who clashed over aid conditions and proposals to borrow together to pay for the health crisis.

Finance ministers from the 19 countries that use the euro haggled into the night for 16 hours by videoconference starting Tuesday. The meeting, described by France's finance minister as “long and difficult,” ended without a deal. It is to resume Thursday.

European governments have individually ramped up spending to support the economy but leaders are still searching for a collective response at European Union level that could marshal the collective financial strength of its 27 members to combat what is expected to be a deep recession. France's central bank said the country has entered recession with a 6% drop in the first quarter and German economists predict the economy will shrink 4.2% this year.

On the table is a three-part package amounting to around a half-trillion euros ($550 billion). It consists of up to 240 billion euros in emergency loans from the eurozone's standing bailout fund, credit guarantees from the European Investment Bank to keep companies afloat, and support for short-work schemes that help companies avoid layoffs during what is hoped are temporary business interruptions.

Italy has rejected using the bailout fund, the European Stability Mechanism. One reason is that the money is supposed to come with conditions to carry out economic reforms, based on the fund's original purpose as a bailout refuge for financially troubled countries. Italy argues that makes the fund the wrong tool since the virus is no country's fault. Prime Minister Giuseppe Conte has dismissed the bailout fund as “totally inadequate.” Germany has proposed waiving most conditions on the money, but the Netherlands has pushed for requiring reform promises.

The issue of conditions raises the spectre of the harsh austerity imposed on Greece after its three bailouts during the eurozone's 2012-2015 debt crisis, with deep cuts in spending and salaries, official visits by an enforcement committee and the perception of a loss of national sovereignty.

German Finance Minister Olaf Scholz said he and his peers were close to a deal on the bailout loans, company support and short-work schemes. “We are mostly in agreement but not quite all the way,” he said, citing the need for unanimity over conditions for the ESM loans and that he expected agreement before the end of the week.

He said the position of Germany and other countries was that loans should come with minimal conditions and “should not mean that, as happened 10 years ago, commissars or a troika travel to the countries and develop a program for the long-term.”

Italy, backed by France, Spain and six other countries, had pushed to go even farther than using the ESM and rely on a one-time shared bond issue backed by all countries to raise money at low interest rates and conditions such as long repayment.

Funding from such a move could help already indebted countries such as Italy avoid future questions about their ability to handle added government debt caused by the virus outbreak. Germany and the Netherlands have resisted the idea of common borrowing. Scholz said there had been discussions about a longer-term recovery program that could be discussed separately from the three support measures under discussion, but did not provide details.

French Finance Minister Bruno Le Maire stressed the importance of getting a deal: "I strongly believe that our shared responsibility now is to reach an agreement within the next 24 hours. A failure is inconceivable.”

He added that he and Scholz “will put our weight to reach an agreement. An agreement is within reach, we should spare no effort to reach it.”